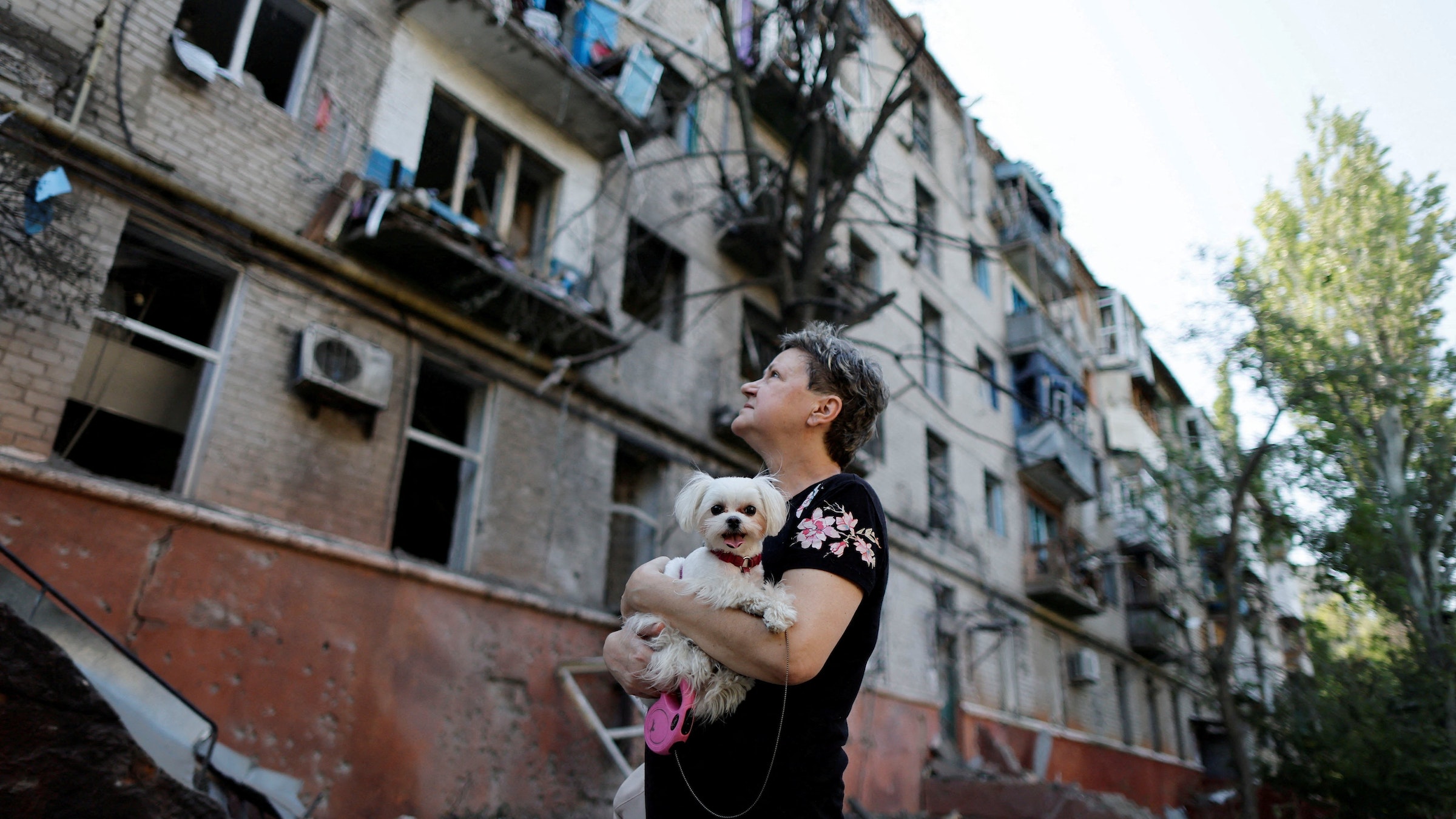 A Ukrainian woman holds a dog as she looks at a residential building damaged after a Russian strike in Kramatorsk, Ukraine, in this Aug. 31, 2022, file photo. (CNS photo/Ammar Awad, Reuters)

VATICAN CITY (CNS) ─ Europe and the entire world are being shaken by a war of great seriousness, Pope Francis told his papal nuncios who serve around the globe.

It is "a particularly serious war, due to the violation of international law, the risks of nuclear escalation and the drastic economic and social consequences," he said.

"It is a Third World War 'fought piecemeal' that you are witnessing in the places where you carry out your mission," he added.

The pope's remarks came during his brief greeting to his representatives before opening the floor to their "questions and suggestions" during a private meeting in the Apostolic Palace Sept. 8.

Pope Francis expressed his gratitude that, after all the difficulties caused by the COVID-19 pandemic, "now it seems the worst may be behind us, and thank God we were able to meet."

"But, unfortunately, Europe and the whole world are shaken by a particularly serious war," he added.

He thanked them for everything they have been doing in "these situations of suffering" everywhere they work. "You have brought the closeness of the pope to the people and the church. You have been points of reference during moments of extreme loss and turbulence."

The pope asked everyone to remember the retired papal representatives who have died over the past three years, and in particular, the two nuncios who died while still actively serving their mission: Syro-Malabar Archbishop Joseph Chennoth, 76, papal nuncio to Japan, who died of a heart attack Sept. 8, 2020; and Italian Archbishop Aldo Giordano, 67, papal nuncio to the European Union, who died Dec. 2, 2021, after contracting COVID-19 during the pope's visit to Slovakia two months prior.