Pope prays for 'beloved Argentina' after assassination attempt against VP 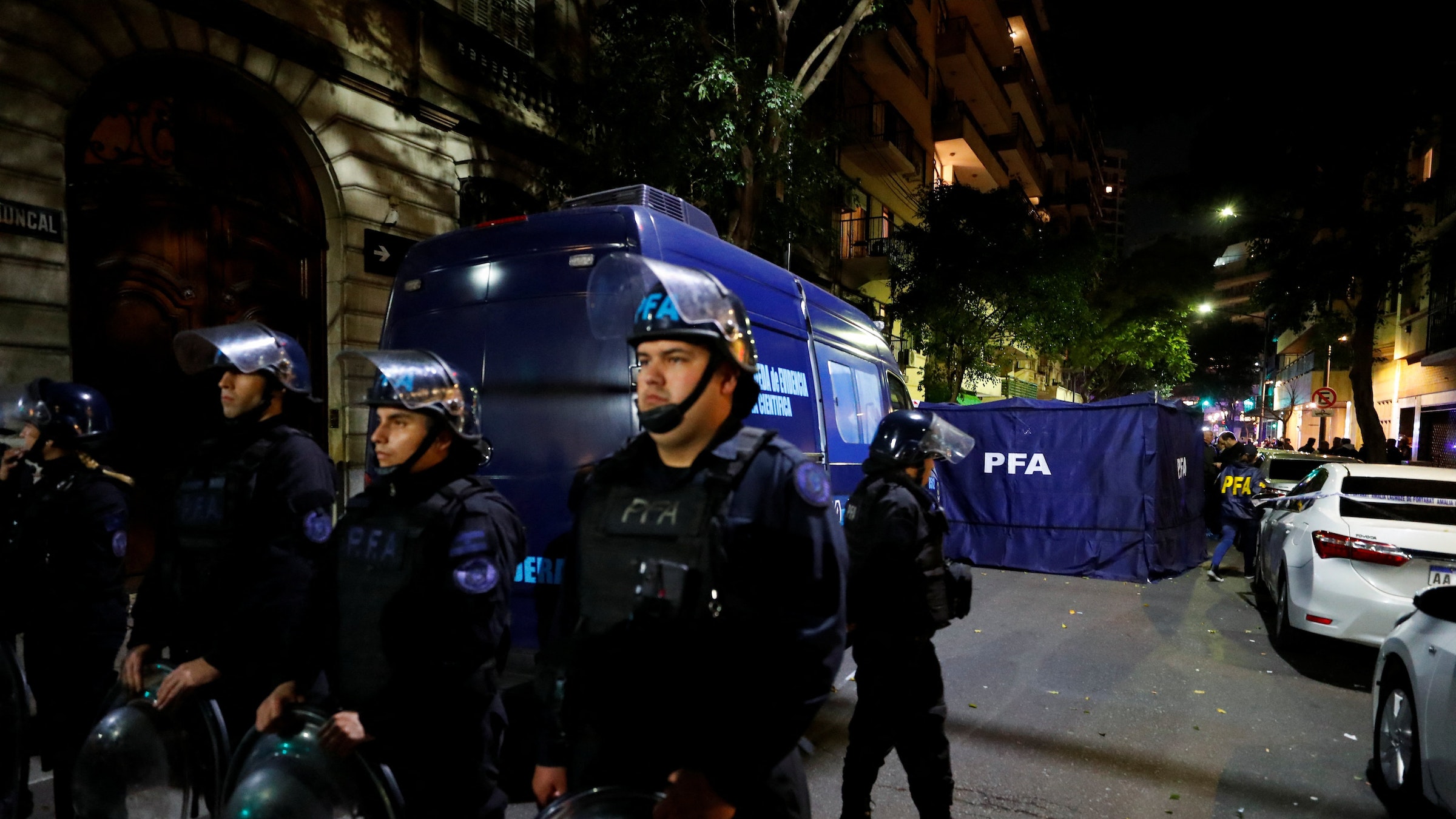 Police officers stand guard near the home of Argentine Vice President Cristina Fernández de Kirchner after she was threatened with a gun by an unidentified assailant in Buenos Aires Sept. 1, 2022. (CNS photo/Agustin Marcarian, Reuters)

VATICAN CITY (CNS) ─ Following the attempted assassination of Argentine Vice President Cristina Fernández de Kirchner, Pope Francis expressed his concern and prayers that his home nation choose to uphold the values of a democracy and avoid the path of violence.

Video showed an individual aiming a handgun at point-blank range to the vice president's head as she was greeting people outside her home in Buenos Aires late Sept. 1. The sound of the trigger being pulled could be heard in the video, but the handgun did not fire. President Alberto Fernández said the weapon was loaded with five bullets. The suspect was apprehended immediately.

In a telegram sent to the vice president, Pope Francis said he received the "troubling news of the attack endured by Your Excellency."

"I wish to express my solidarity and closeness during this delicate time," he said in the message, which the Vatican published Sept. 2.

"I am praying that social harmony and the respect for democratic values always prevail against all forms of violence and aggression in beloved Argentina," he said in the telegram.

The attack came as Fernández de Kirchner was facing a trial for alleged acts of corruption during her two terms as president, from 2007 to 2015.

She has firmly denied the charges, and she still remains popular with many of Argentina's poor. Supporters had been gathering for days outside her home to protest the charges and one prosecutor's call that she serve a 12-year sentence as well as a life-long ban from holding public office. Fernández de Kirchner had been expected to run for the senate, and possibly the presidency, in next year's general elections.

The president declared Sept. 2 a holiday "so the Argentine people can, in peace and harmony, express itself in defense of life, democracy and in solidarity with our vice president," according to The Associated Press.