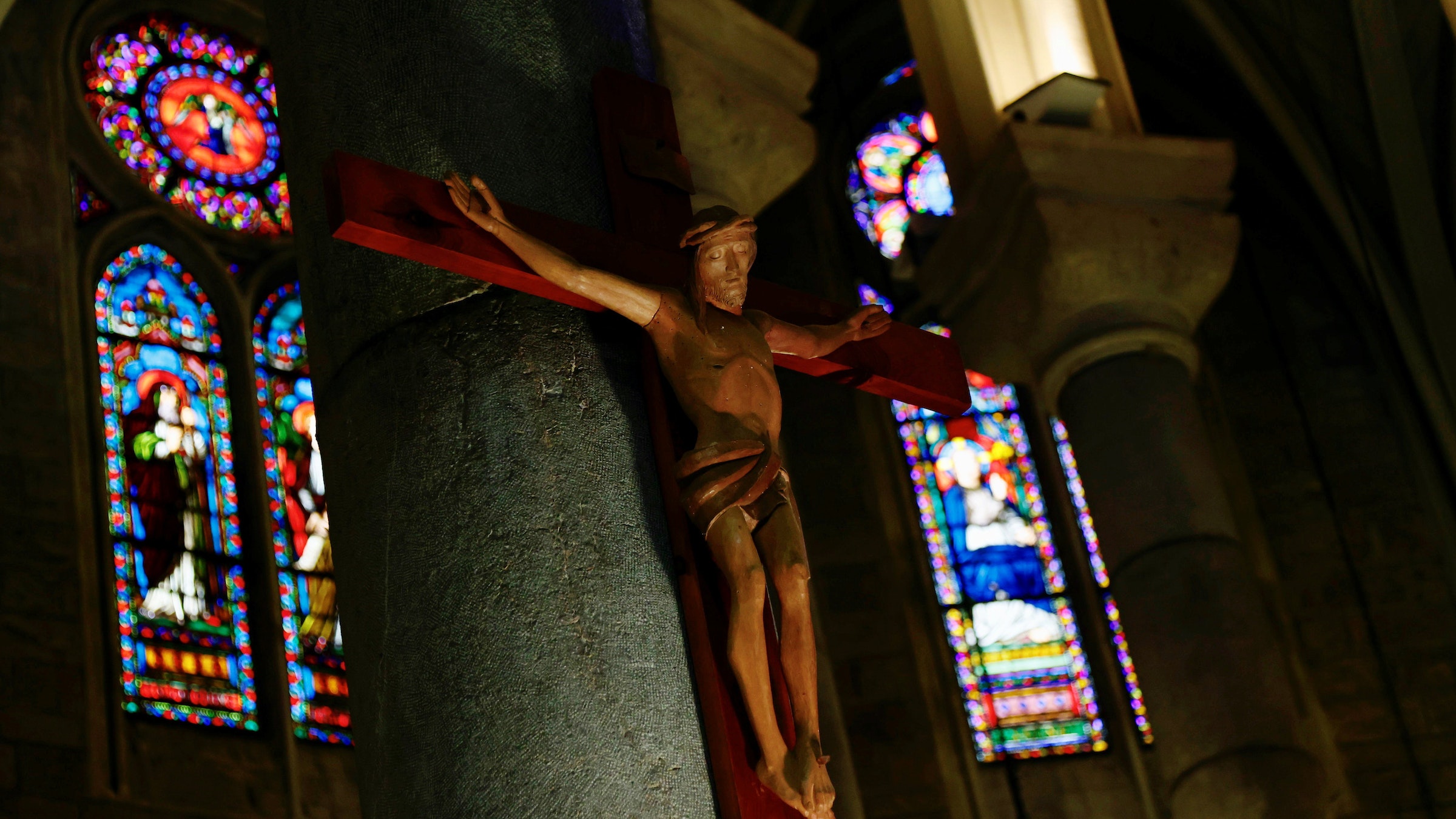 A crucifix is pictured in Notre-Dame Basilica in Nice, France, Oct. 4, 2021. A new report on clergy sexual abuse in the Catholic Church in France shows there have been 3,000 abusers since the 1950s. (CNS photo/Eric Gaillard, Reuters)

VATICAN CITY (CNS) -- Pope Francis prayed for the tens of thousands of victims of clerical sexual abuse in France and urged the Catholic Church in the country to "undertake a path of redemption.”

Pope Francis learned "with sorrow" of the contents of a report that came at the end of a four-year investigation into abuse in the church in France. According to the report, an estimated 216,000 children were abused by priests since 1950, and more than 100,000 others were abused by lay employees of church institutions.

Matteo Bruni, director of the Vatican press office, told reporters Oct. 5, Pope Francis' "thoughts go first of all to the victims, with great sorrow for their wounds and gratitude for their courage in reporting" their abuse.

The pope also prayed that the Catholic Church in France, "in the awareness of this appalling reality" of the suffering of vulnerable children, would trace out a path of repentance and reform.

"With his prayer, the pope entrusts to the Lord the people of God in France, particularly the victims, that he may give them comfort and consolation, and with justice may the miracle of healing come," Bruni said.

The report, released Oct. 5, was written by an investigating commission led by Jean-Marc Sauvé, a senior civil servant.

Before the report was published, he told reporters the inquiry found evidence of between 2,900 and 3,200 abusive priests out of a total of about 115,000 who had served in France since 1950.