Pope receives proposal to declare St. Irenaeus a doctor of the Church 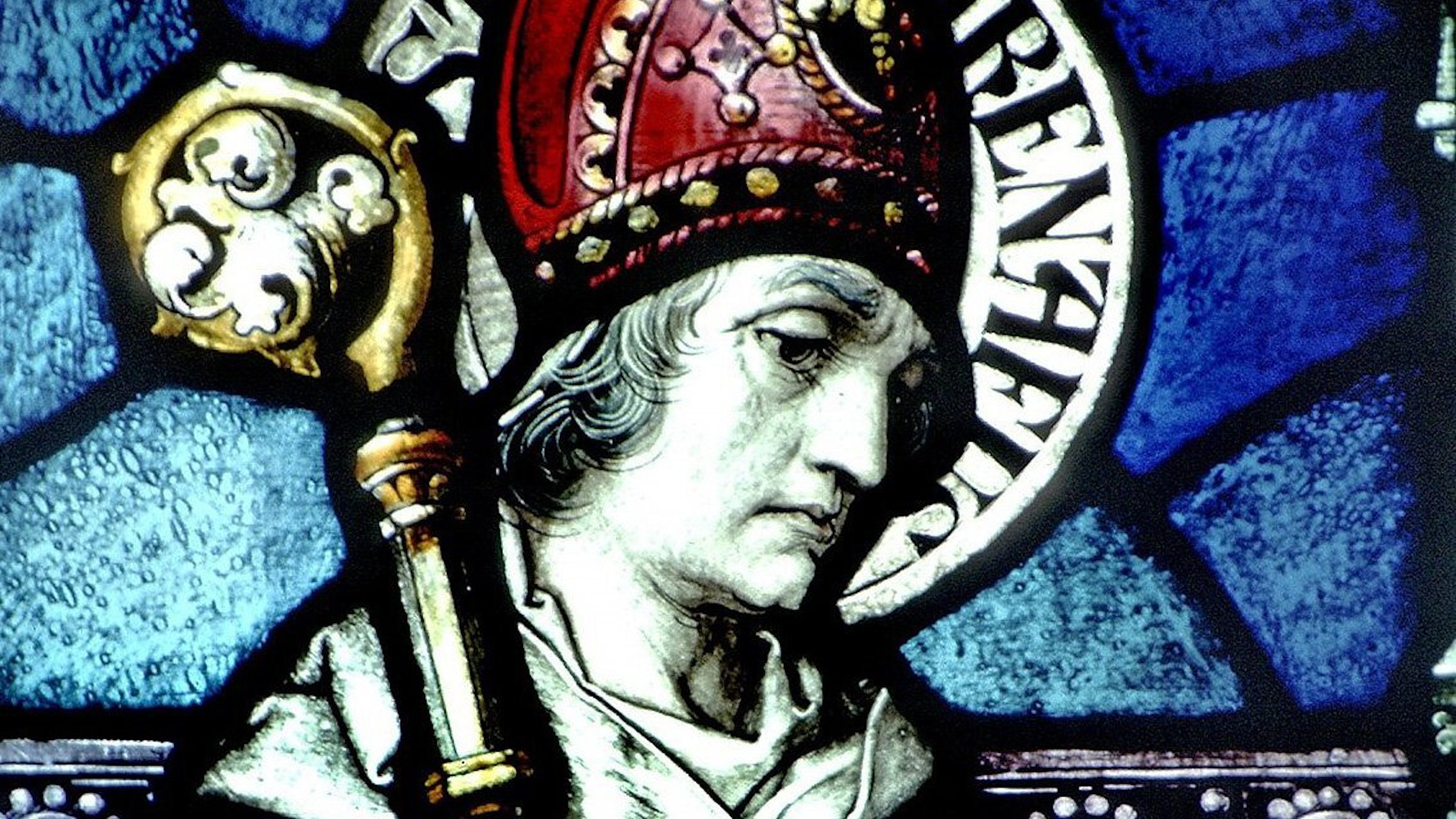 St. Irenaeus of Lyon is pictured in a stained-glass window at the Basilica of Our Lady Immaculate in Guelph, Ontario. Pope Francis received a formal recommendation Jan. 20 to declare St. Irenaeus of Lyon a doctor of the church, the Vatican announced. (CNS photo/The Crosiers)

VATICAN CITY (CNS) -- Pope Francis received a formal recommendation to declare St. Irenaeus of Lyon a doctor of the church, the Vatican said.

During a meeting with Pope Francis Jan. 20, Cardinal Marcello Semeraro, prefect of the Congregation for Saints' Causes, asked the pope to "accept the affirmative opinion" of the cardinals and bishops who are congregation members to confer the title on the second-century theologian known for his defense of orthodoxy amid the rise of gnostic sects.

Once declared, St. Irenaeus would be the second doctor of the church named by Pope Francis after St. Gregory of Narek, who was given the designation in 2015. He would bring the total number of doctors of the church to 37.

Born in Smyrna, Asia Minor -- now modern-day Turkey -- St. Irenaeus was known as a staunch defender of the faith.

Concerned about the rise of gnostic sects within the early Christian church, he wrote "Adversus haereses" ("Against Heresies"), a refutation of gnostic beliefs that emphasized personal spiritual knowledge over faith in Christian teachings and in ecclesiastical authority.

In October, the pope had told members of the St. Irenaeus Joint Orthodox-Catholic Working Group that he intended to declare their namesake a doctor of the church.

"Your patron, St. Irenaeus of Lyon -- whom I will soon declare a doctor of the church with the title, 'doctor unitatis' ('doctor of unity') -- came from the East, exercised his episcopal ministry in the West, and was a great spiritual and theological bridge between Eastern and Western Christians," he said.

During his meeting with Cardinal Semeraro, Pope Francis also signed decrees recognizing how three sainthood candidates -- one man and two women -- heroically lived the Christian virtues. The three were: