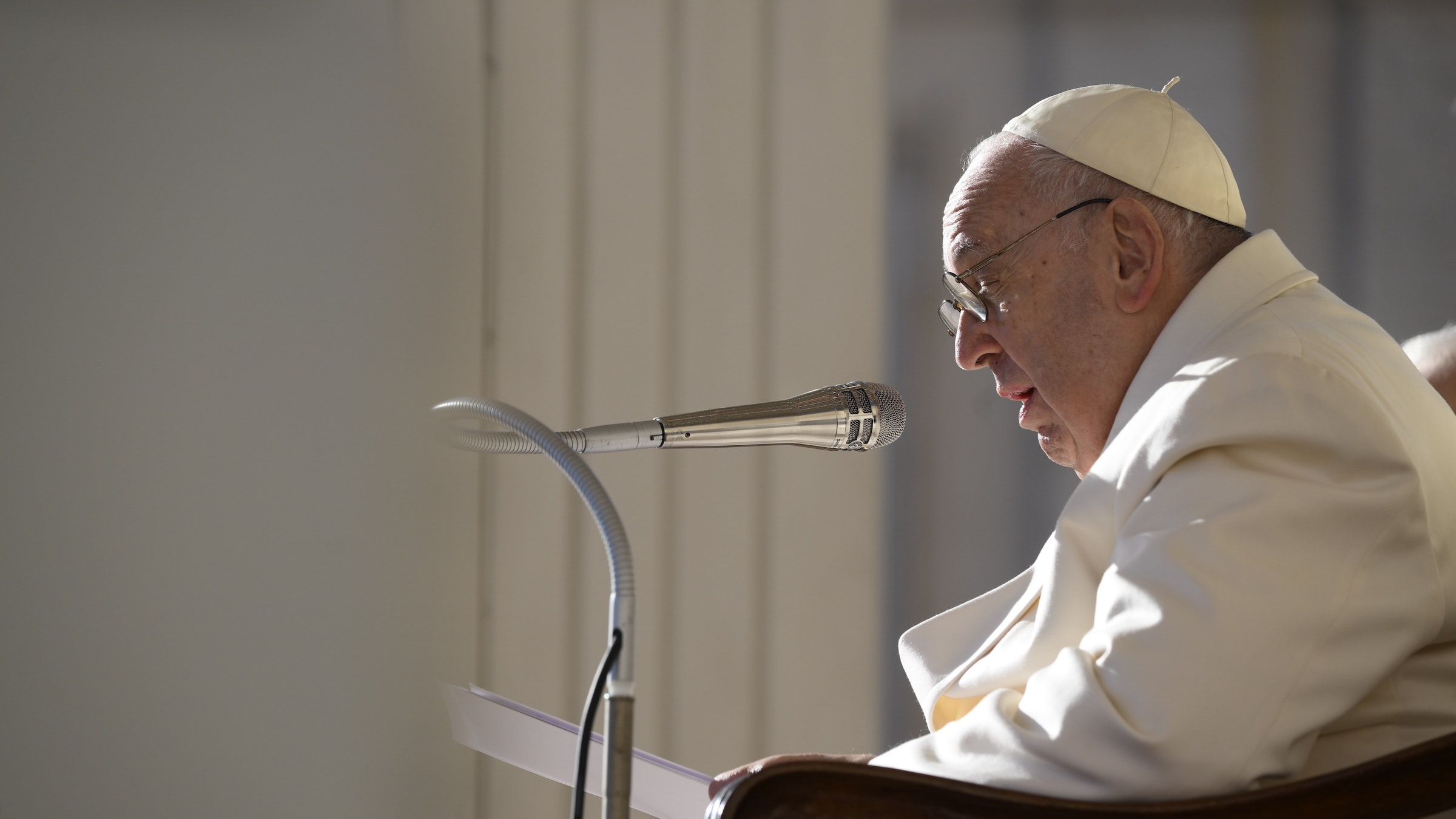 Pope Francis, speaking at his weekly general audience Nov. 23, 2022, prayed for peace in Ukraine and remembered the millions of Ukrainian victims of the 1932-33 Holodomor, a Soviet-engineered famine. (CNS photo/Vatican Media)

VATICAN CITY (CNS) ─ Praying for peace in Ukraine, Pope Francis remembered both the victims of Russia's current aggression and the millions of victims of a Soviet-engineered famine 90 years ago.

"Let us pray for peace in the world and an end to all conflicts, with a special thought for the terrible suffering of the dear and tormented Ukrainian people," the pope said Nov. 23 at the end of his weekly general audience.

Speaking of Ukraine, he said, "next Saturday (Nov. 26) is the anniversary of the terrible genocide of Holodomor, the extermination by starvation artificially caused by (Josef) Stalin in Ukraine in 1932-33."

"Let us pray for the victims of this genocide and pray for so many Ukrainians -- children, women and the elderly, babies -- who suffer the martyrdom of aggression today," the pope said.

Ukraine has long been a major producer of grain. Stalin's orders to collectivize farms in Ukraine and confiscate most of the grain led to the famine, which Ukrainians and many others believe was a deliberate attempt to destroy Ukrainian national identity after the formation of the Soviet Union.

Historians disagree on how many people died, although it is generally accepted that there were at least 3.5 million to 5 million victims. The website of the Holodomor Museum in Kyiv estimates at least 7 million people in Ukraine and 3 million Ukrainians in other regions of the Soviet Union were starved to death, but the numbers could be even higher because "the communist totalitarian regime did everything possible to conceal the consequences of its crime. It was forbidden to record the real number of deaths."