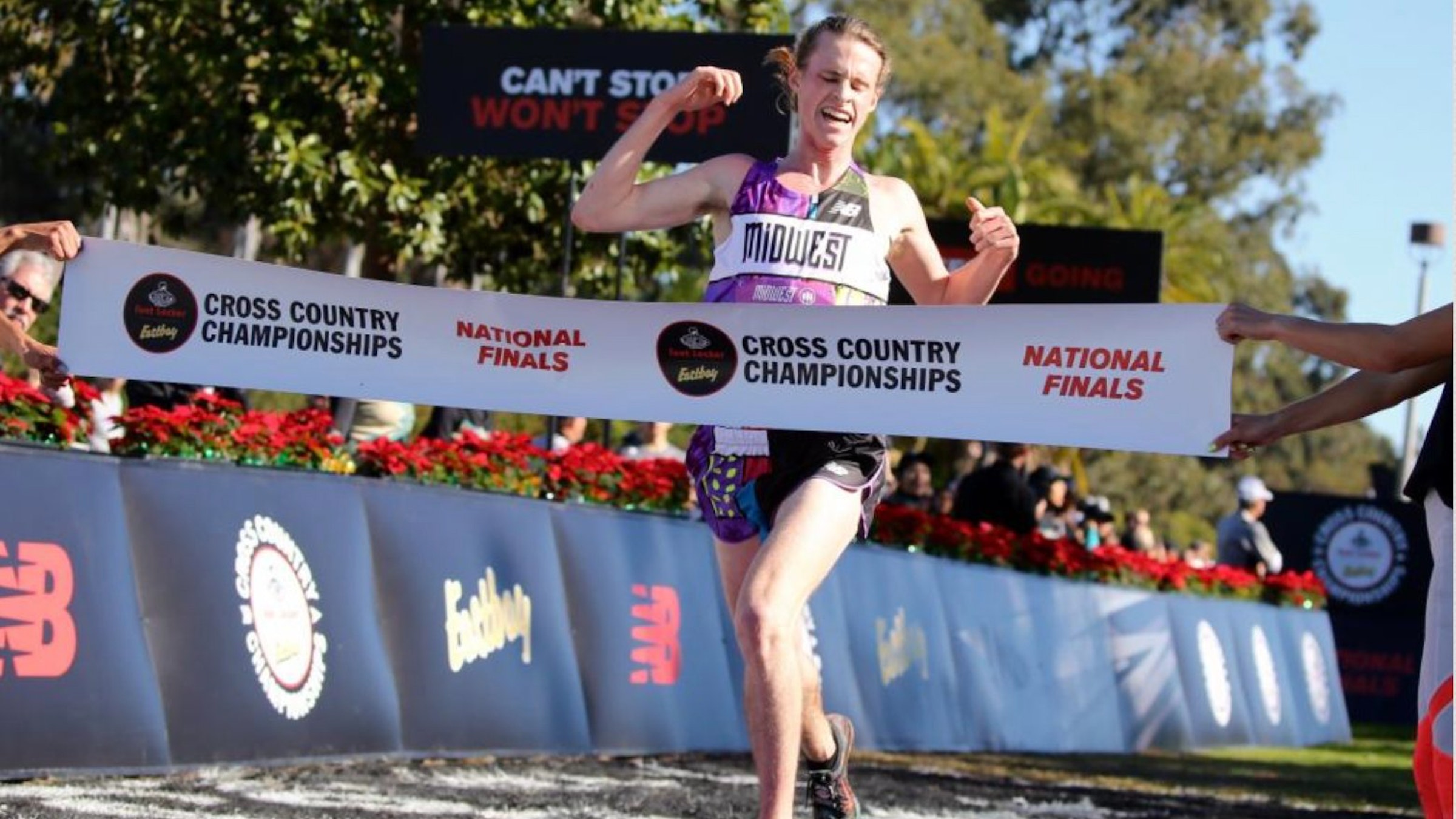 INDIANAPOLIS (CNS) –– As Cole Hocker approached the starting line for the biggest race of his life, he paused for a moment to follow his usual prerace routine of saying a prayer.

In that moment, he asked God to be with him as he pursued his goal of representing the United States in the Summer Olympics in Tokyo.

Ever since middle school, Hocker has been writing down his goals as a runner – and what he needs to do to reach them.

It's a ritual that helped the 2019 graduate of Cathedral High School in Indianapolis become the state champion in cross country in Indiana in the fall of 2018.

And less than three years later, on June 27, he was at the U.S. Olympic Track Trials in Oregon, getting ready to race against the best middle-distance runners in the country, including the reigning Olympic champion in this 1,500-meter race.

Earlier this year, Hocker –– now a 20-year-old sophomore at the University of Oregon –– had written his goals for the 2021 track season, including one that seemed more of a reach than a goal: to do well enough in the 1,500-meter race at these Olympic Trials so he could represent the United States at the Tokyo Games.

Yet that reach became reality as Hocker roared from sixth place with 150 meters to go in that race, winning it all in a blistering, breathtaking sprint to the finish line.

"I'd be lying if I said I wasn't surprised that it happened so fast," Hocker said about his ascent from Indiana cross country champion to being the youngest national champion in the 1,500 meters or mile in 110 years. "It hasn't fully set in yet. It brings me such pride knowing I'm representing America. I've always dreamed of that. I want to represent my country the best way I can.”

In Tokyo, Hocker will run the next biggest races of his life. He is set to compete in the first round of the 1,500-meter race Aug. 3, with the hope of advancing to the semi-finals Aug. 5 and the finals Aug. 7.

"The reason I run is because I have a God-given talent," he said in a telephone interview from Oregon before he left for Tokyo. "I just feel God has given me the gift of running, and my job is to give it my best.

"On top of that, because I've been given that, I want to take advantage of it. And it's more gratifying because of how hard I have worked," he told The Criterion, newspaper of the Archdiocese of Indianapolis. "This year, more than ever, I've held myself to a higher standard. Every race I've entered, I thought I could win."

"After years of thinking about running in the Olympics and dreaming about it," he said, "to have it all come to fruition is awesome.”

He feels the same way about the support he has received from his family, friends and the communities of Cathedral High School and the University of Oregon.

"I've had so much support the past few weeks and even the whole season," he said.

A large group of family and friends, including his brother Stone and his parents  –– Kyle and Janet –– were at the U.S. Olympic Track Trials when he won the 1,500-meter race. Now, his family won't be able to cheer for him in Tokyo because fans are restricted from attending the Summer Olympics because of COVID-19 concerns. Instead, they will watch him race on television at home.

"I still have a sheet of all the goals he wrote down in middle school, or even prior to that," said his father, who started coaching Cole when he was in the third grade. "He wanted to be a champion at something.”

Besides the Olympic Trials victory, Hocker also was the men's 1,500-meter champion in the NCAA Outdoor Track and Field Championship this spring.

Ahead of the Olympics he had some thoughts for a list of goals for the Games he wanted to write down.

"My goal is to make it to the finals," he said. "And then when I get there, my mentality is to win.”