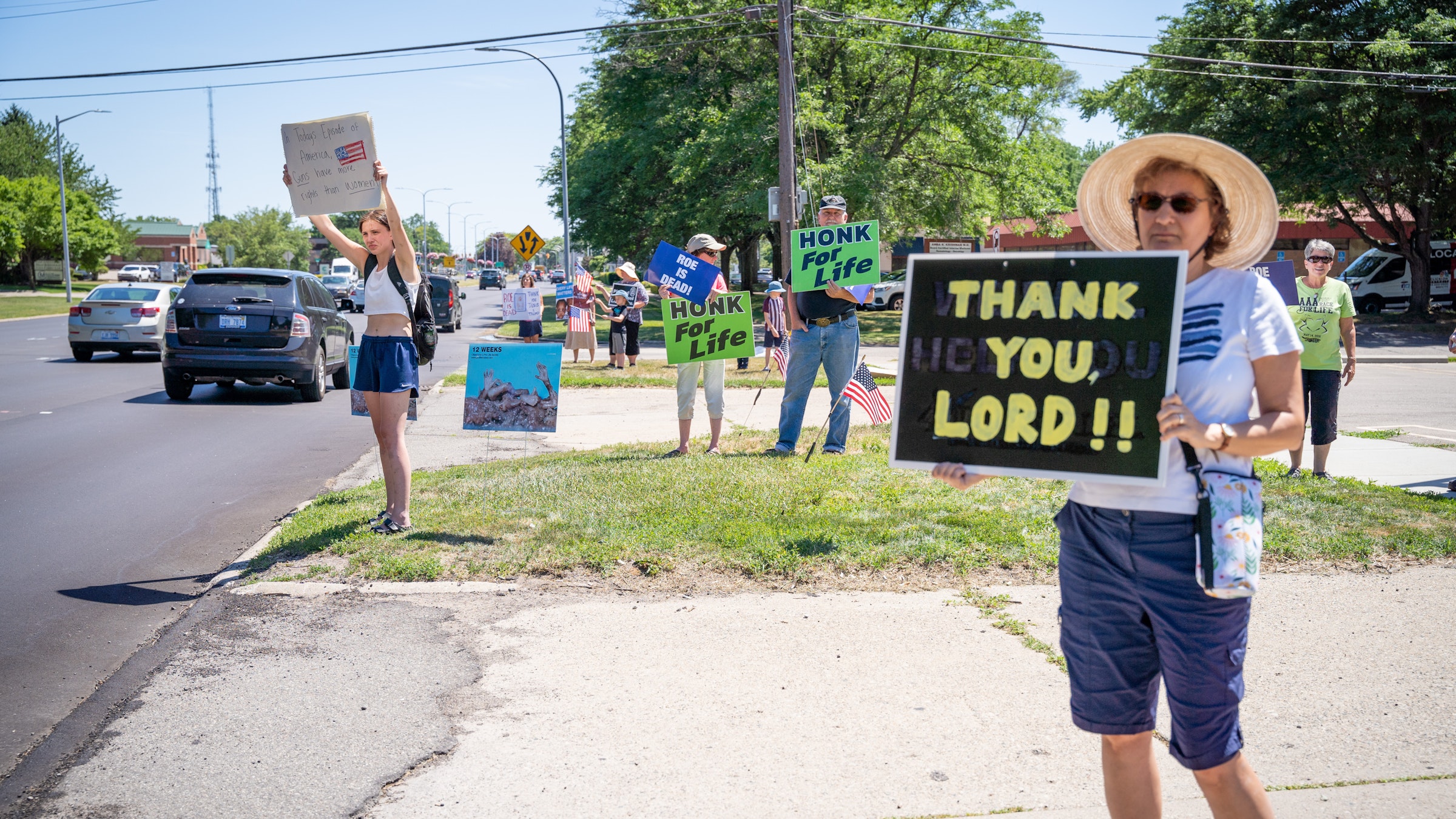 LIVONIA — Pro-life Catholics and others rallied June 24 in front of a Planned Parenthood facility in Livonia in thanksgiving for the Supreme Court's decision in Dobbs v. Jackson Women's Health Organization, which struck down Roe v. Wade and returned the issue of abortion to the states.

The rally, which was organized by Citizens for a Pro-Life Society, came just hours after the Supreme Court's decision and was one of many held across the state. As cars passed, many honked as the rally-goers held signs reading "Thank you, Lord" and "Roe is dead." 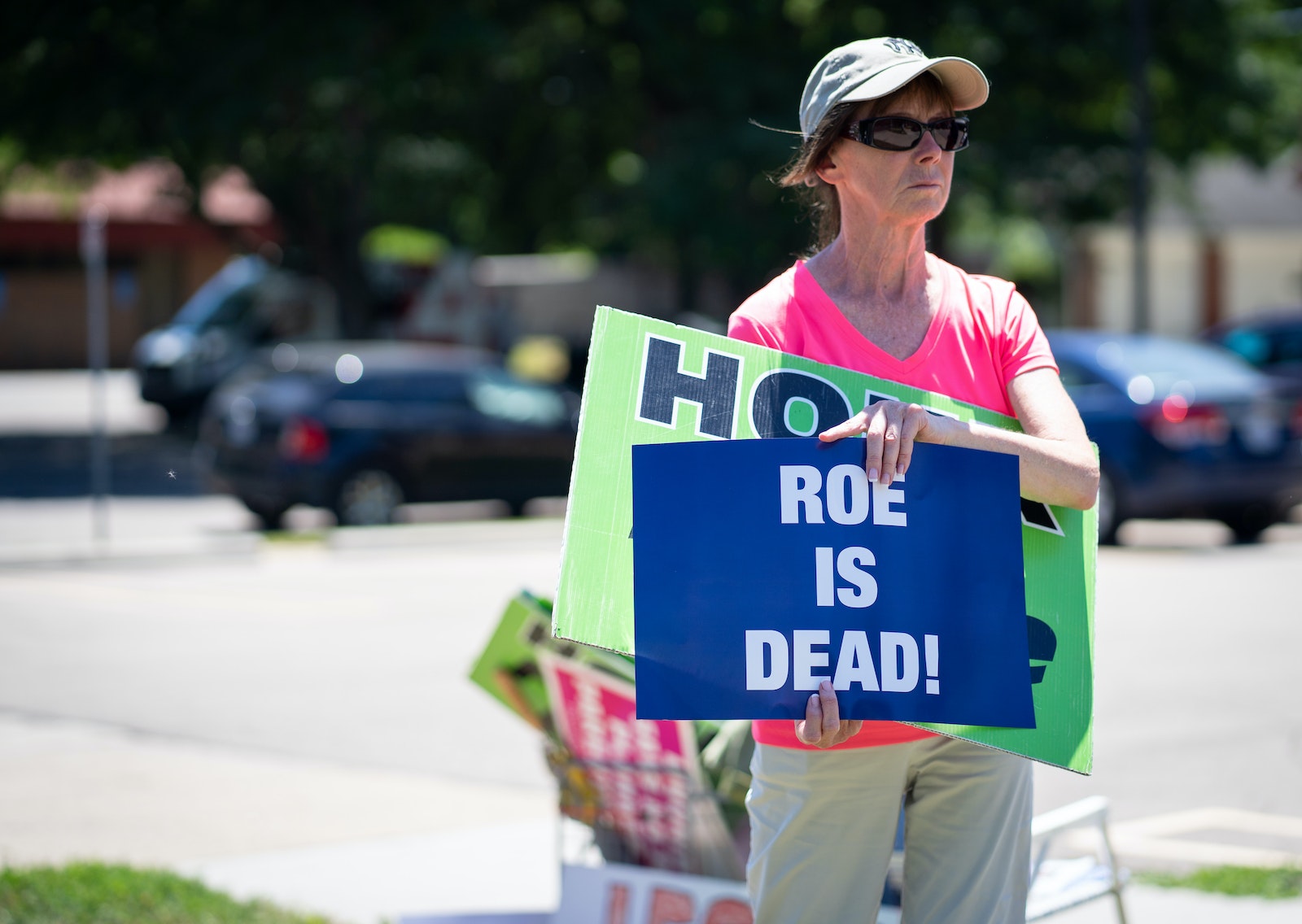 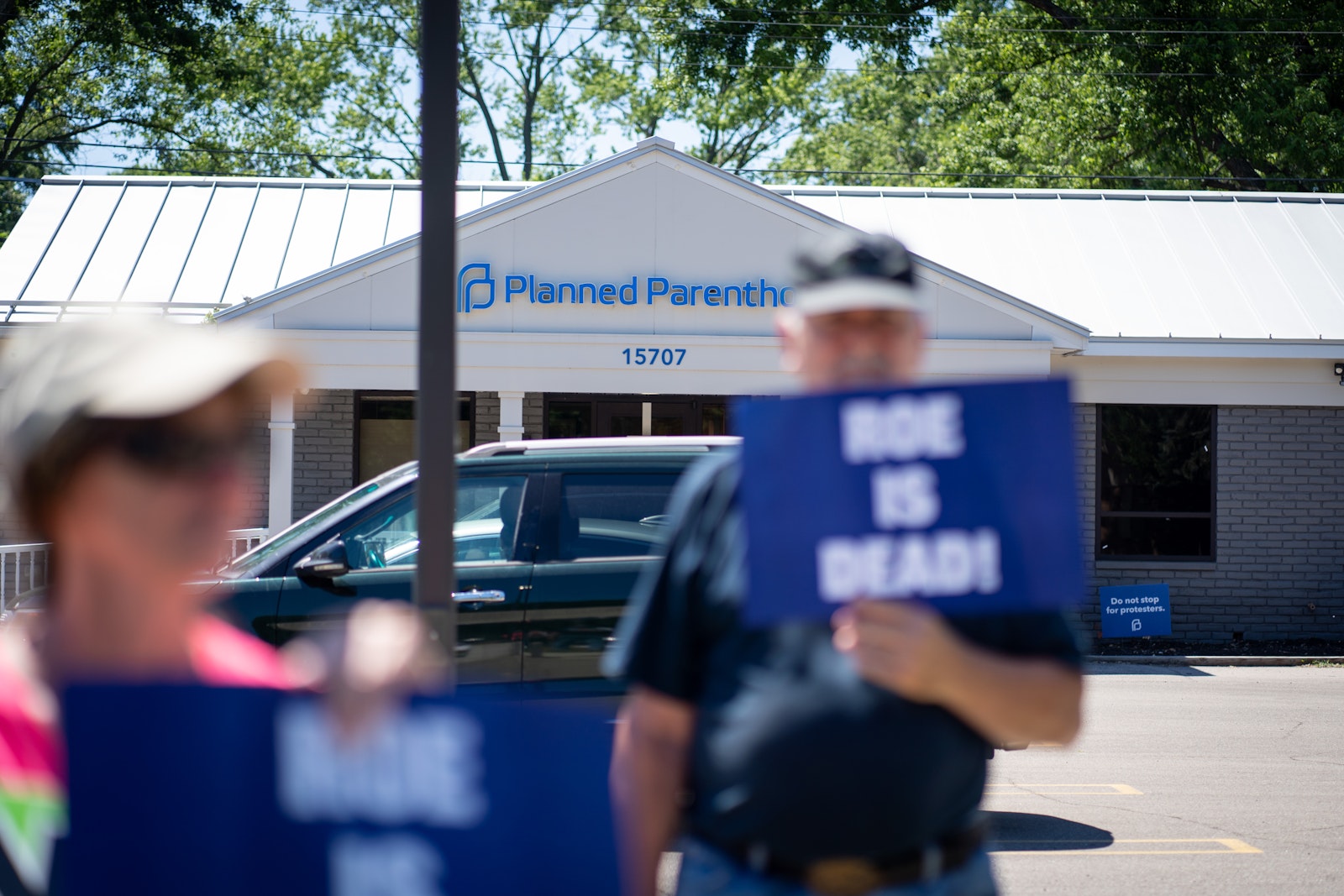 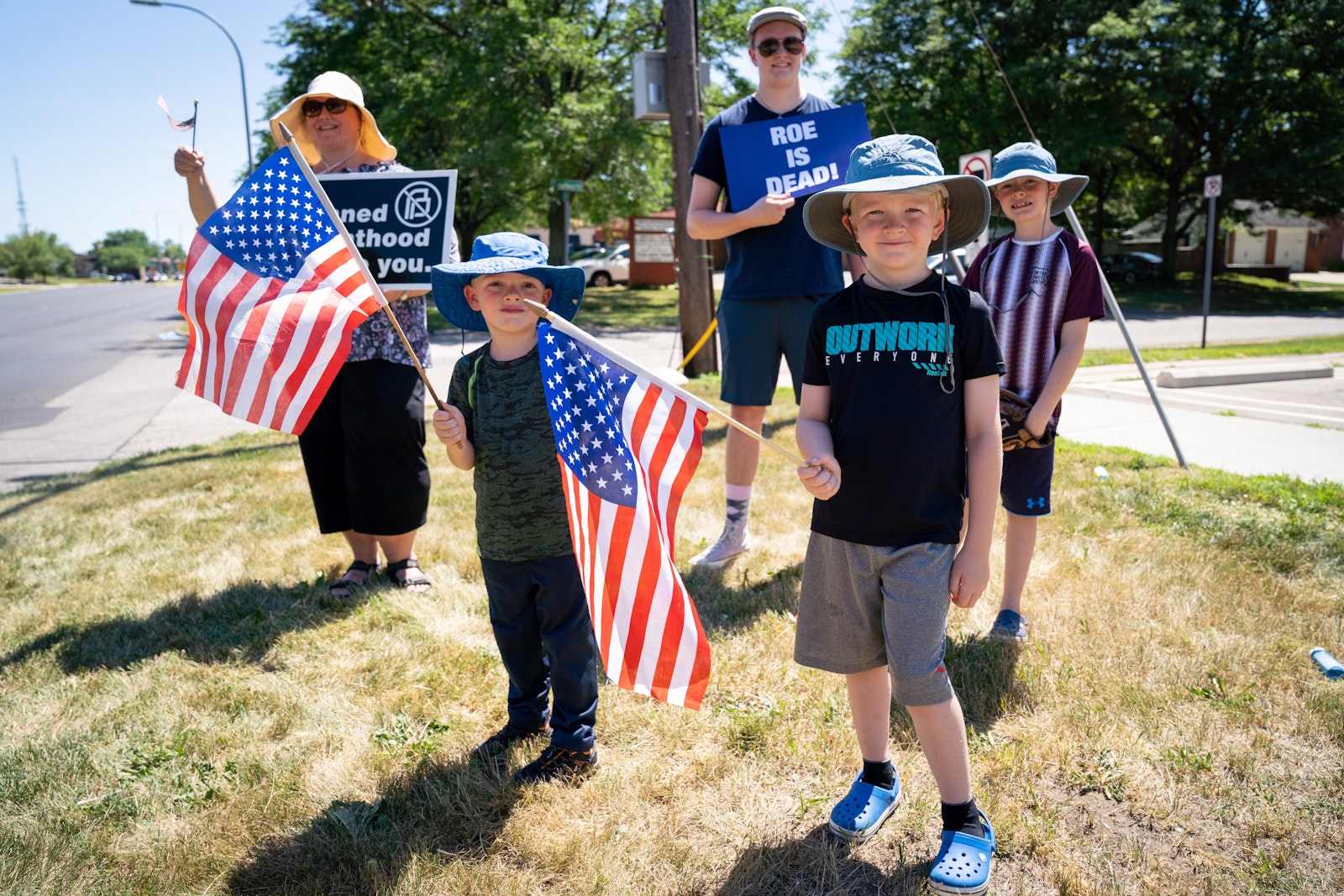 The Wilson family holds signs and American flags along Farmington Road in Livonia on June 24, hours after the Supreme Court's decision striking down Roe v. Wade. 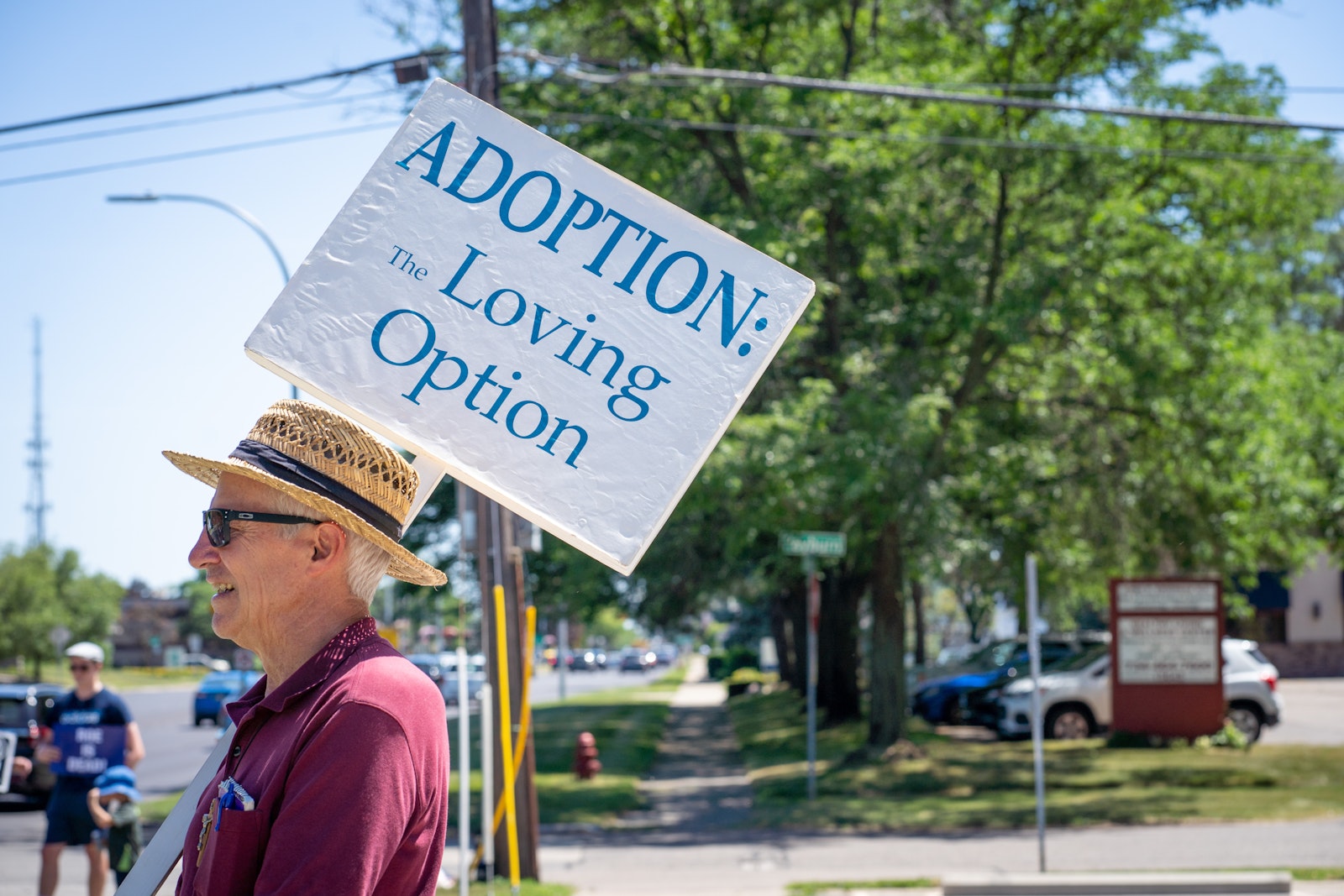 Louis Barrett of St. Priscilla Parish in Livonia holds a sign encouraging adoption as he and other pro-life Catholics rallied in thanksgiving June 24. 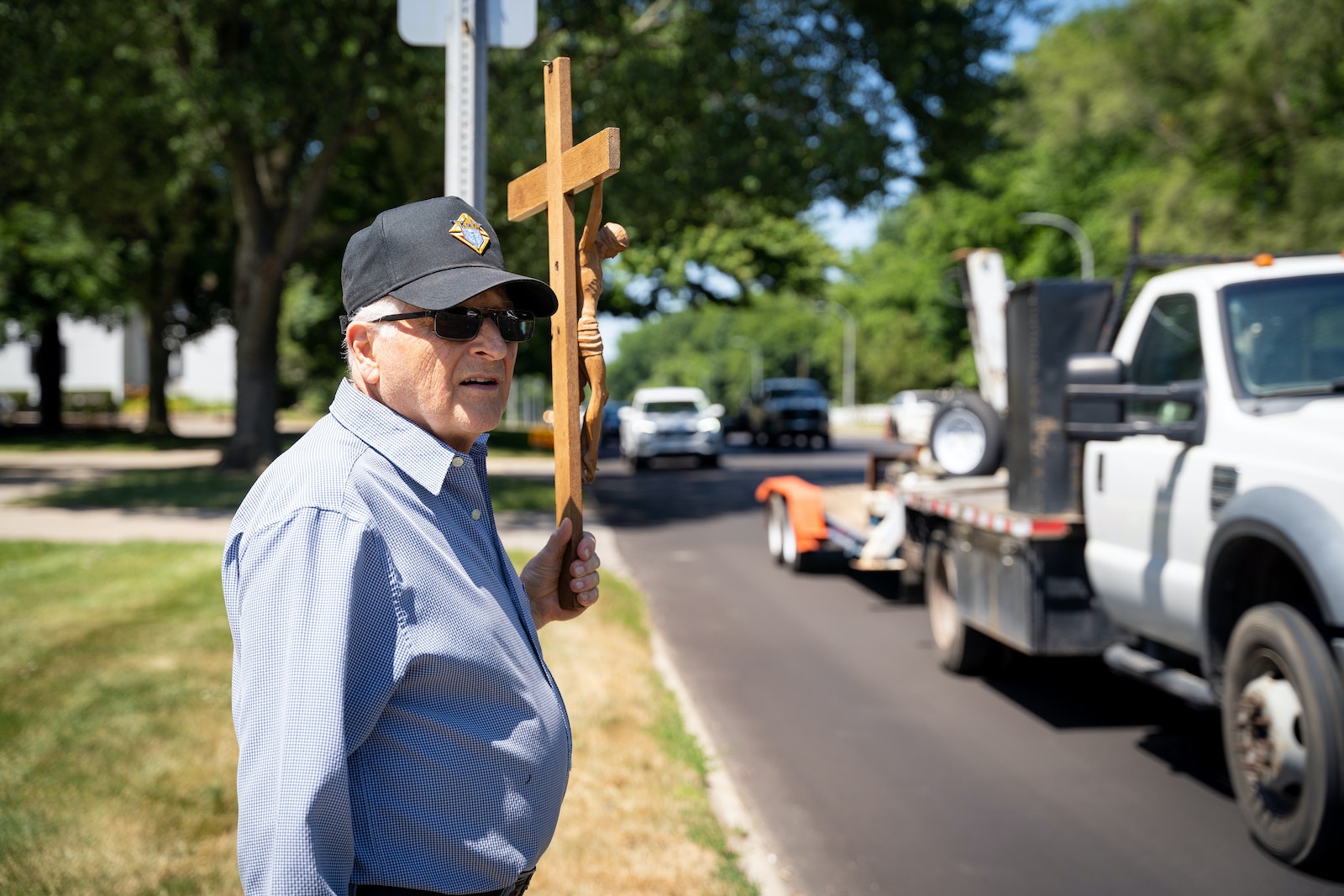 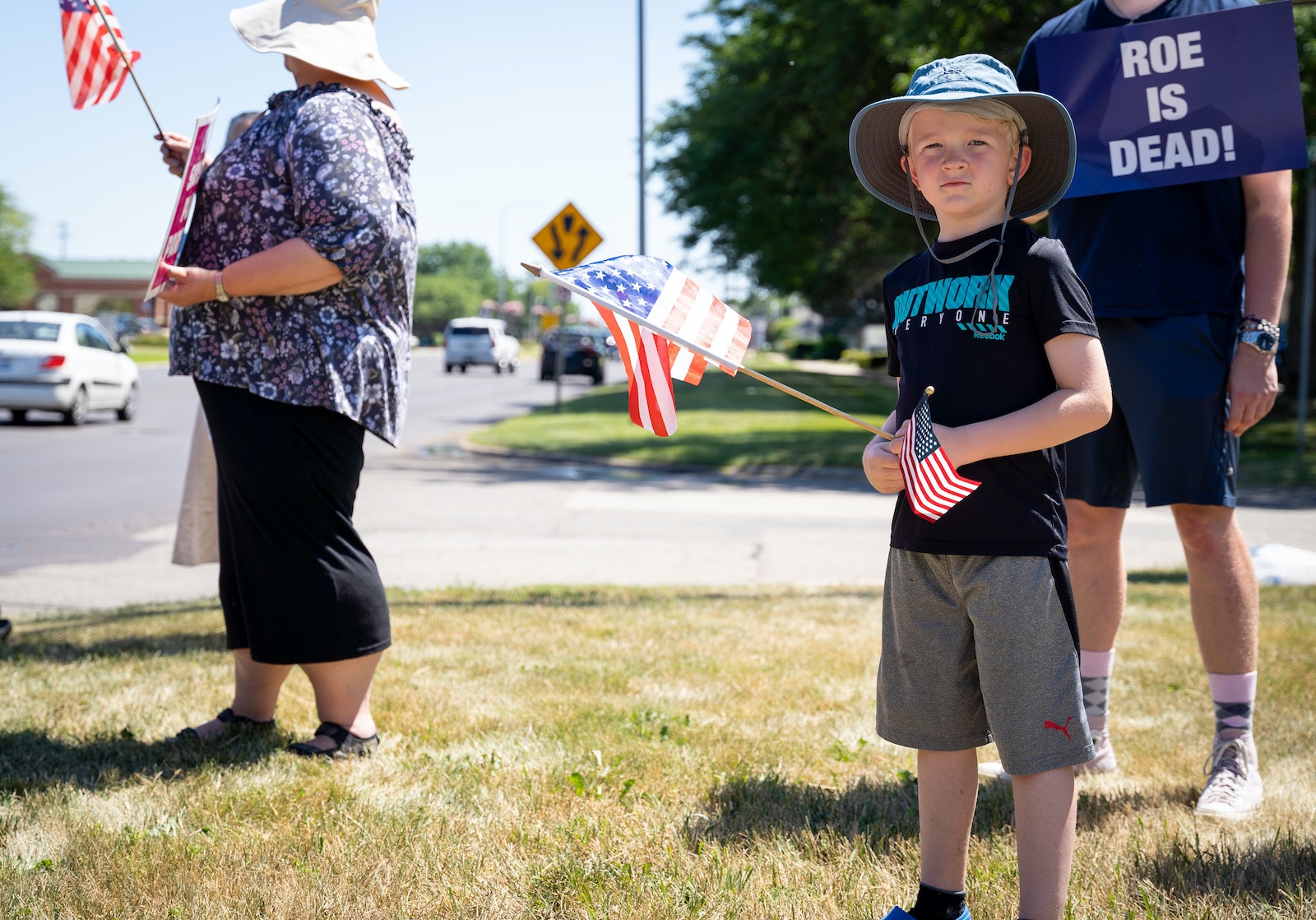