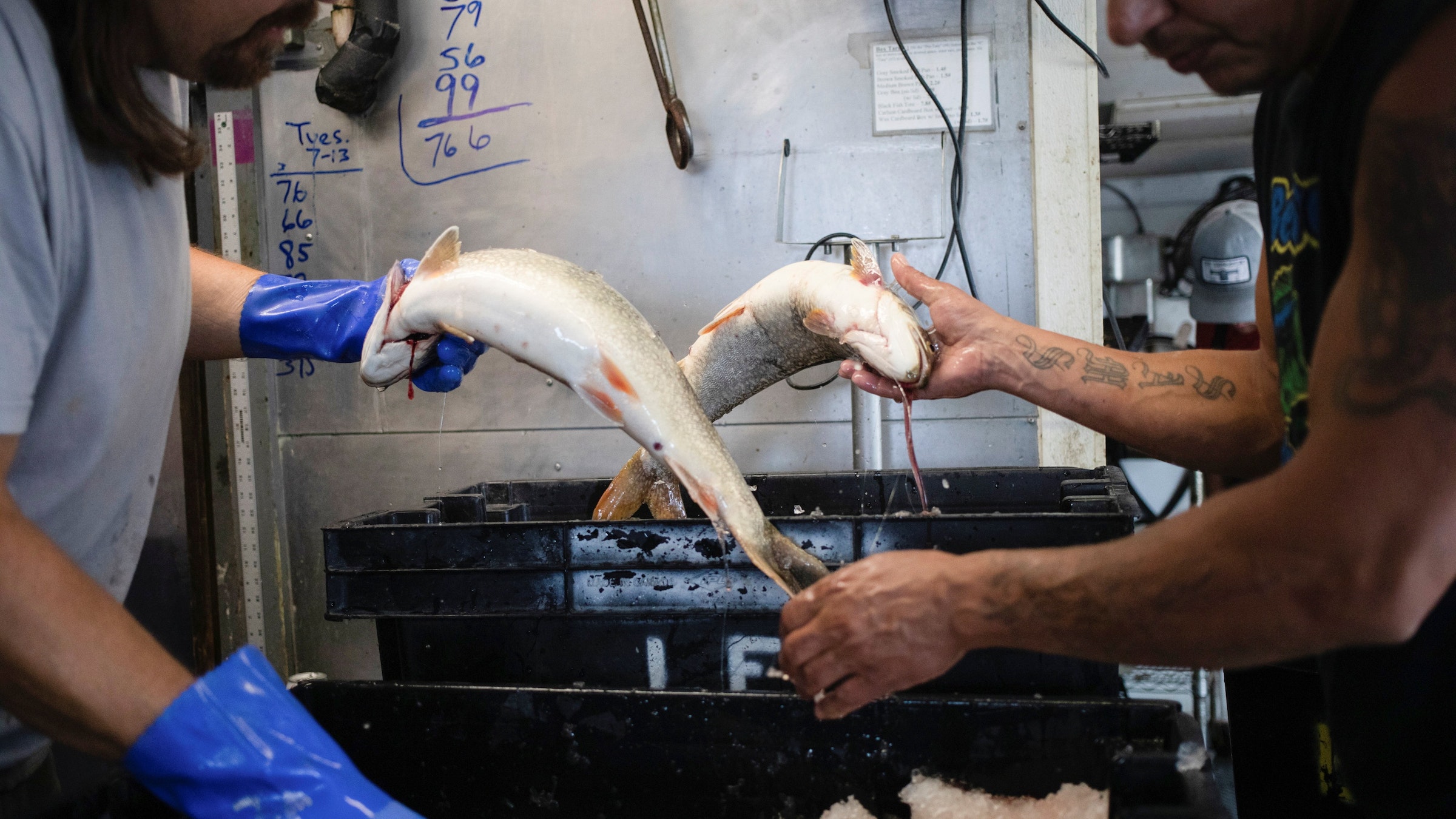 Fishermen weigh out different fish from a fresh batch at a fishery in Leland, Mich., July 14, 2021. In a message for World Fisheries Day, Nov. 21, Cardinal Peter Turkson, prefect of the Vatican Dicastery for Promoting Integral Human Development, called on world leaders and international organizations to put an end to human rights violations against seafarers in the fishing industry. (CNS photo/Emily Elconin, Reuters)

In a message marking the observance Nov. 21 of World Fisheries Day, Cardinal Turkson said that troubles facing those in the fishing industry, including low pay, endless work shifts and even the risk of death, has only worsened due to the COVID-19 pandemic.

"Unless we draw our attention to these continuous abuses and violations at sea and work together to create a fishing industry where the human and labor rights of the fishers are guaranteed and promoted, it might become more difficult to eradicate it and the human and economic cost for the industry would be very high," he wrote in the message which was released by the Vatican Nov. 19.

In his message, Cardinal Turkson acknowledged that many international organizations are working to implement conventions and agreements that promote safe working conditions for those who fish for a living.

However, he said, "we have to admit that most of the time when the fishing vessel leaves the calm water of the port, the fishers become hostages of circumstances that are extremely difficult to monitor."

Men and women in the fishing industry, the cardinal added, experience "threats and intimidation by the skipper and officers" and are forced to work day and night in any kind of weather making "occupational accidents" frequent.

"With more than 24,000 deaths in a year, we can define the fishing industry, a deadly one," he wrote. "Little compensation or none at all is offered to the families, and the relatives of the deceased often are not given even the consolation of a tomb where they can pray and lay a flower, because the bodies are swiftly buried in the middle of the sea."

Furthermore, due to intense competition, the owners of fishing vessels often turn to illegal activities to make money, including trafficking people, drugs or weapons, he said.

"On this World Fisheries Day, our indignation for the many human rights violations at sea should be transformed into a new strength that would influence the fishing industry to place at the center of its interests, the respect of the human and labor rights of the fishers because, as Pope Francis said in July 2019 to the participants of the European Meeting of Stella Maris: '... without fishermen, many parts of the world would starve,'" the cardinal said.