From death — both literal and symbolic — God brings newness of life 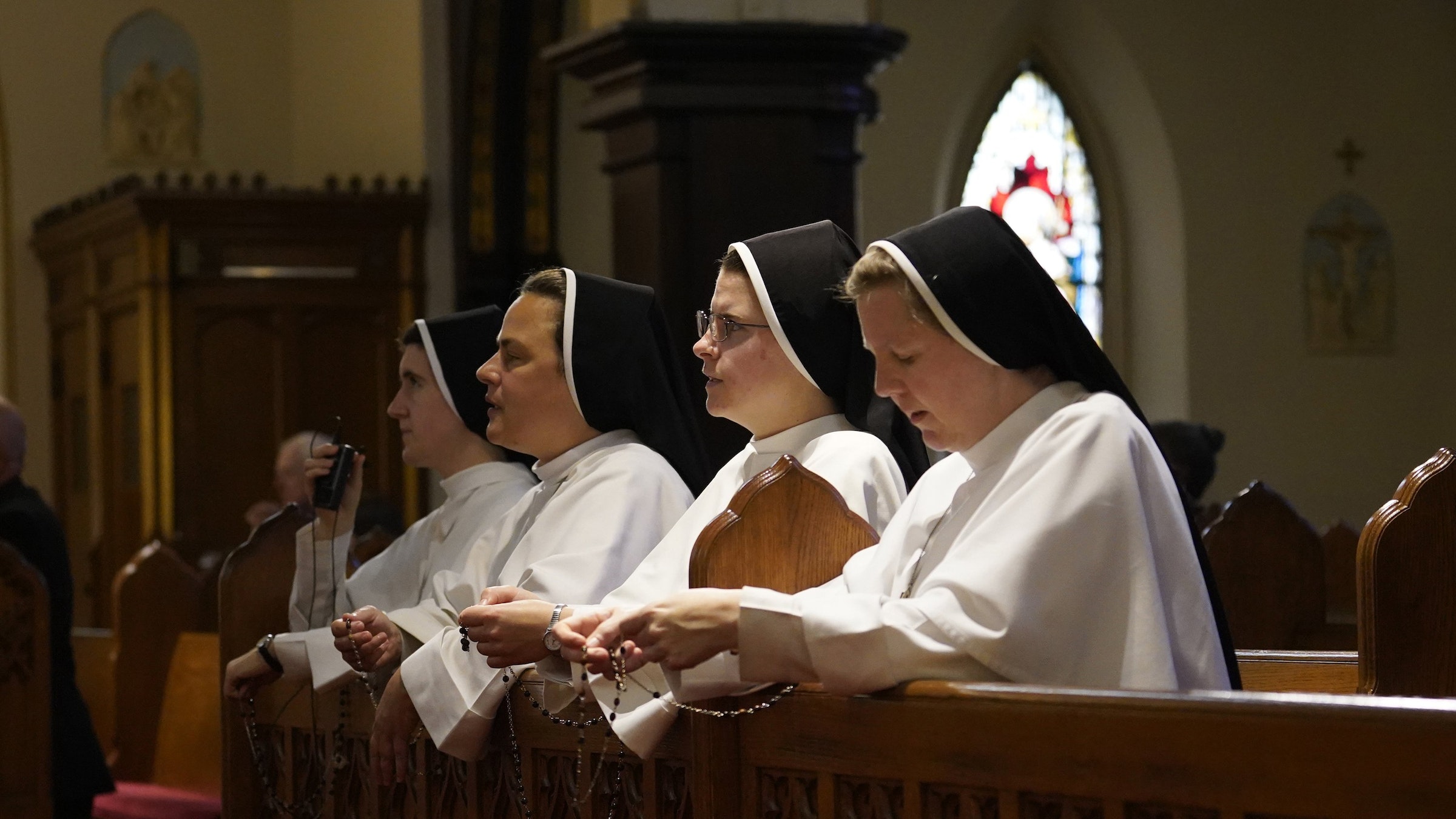 Members of the Dominican Sisters of Mary, Mother of the Eucharist, of Ann Arbor, Mich., lead the recitation of the rosary in the chapel at St. Dominic Parish in Oyster Bay, N.Y., Aug. 8, 2021, the feast of St. Dominic. (CNS photo/Gregory A. Shemitz)

As a boy in Spain in 1936, Rafael Moya trudged into the town square one day with everyone else. The Communists, newly in charge, had called a meeting to explain how they would be running the town from now on. As the people waited, Rafael watched soldiers march the Dominican friars who staffed the parish church, about 12 of them, out of their priory. The soldiers lined the friars up against the wall, then gunned them down. That day, Rafael decided to become a Dominican priest.

From death, God brings new life. This is the paradox at the heart of our faith.

Over the summer, some of our teaching Sisters were telling us about their new principal. In introducing himself to the school community, he shared a story about a Sister who taught him in grade school. When her father died, she went home for the funeral but was back teaching the next day. The children asked how she could return so soon. “I am sad,” she replied, “but I believe in the resurrection.” From that day forward, this little boy, now a principal, could not see a habit without thinking of the resurrection.

A religious habit symbolizes consecration, a profound living of the baptism we have each received. And, St. Paul asks, “are you unaware that we who were baptized into Christ Jesus were baptized into his death? We were indeed buried with him through baptism into death, so that, just as Christ was raised from the dead by the glory of the Father, we too might live in newness of life” (Romans 6:3-4). So each of us is called to follow the pattern of Christ crucified and risen.

This means that God promises us personal, bodily resurrection after death. It also means He promises resurrection after each of the daily small deaths to self that we endure. Such a “death” might be a choice we make to reject a habitual sin — walking away from gossip, for example — or voluntary self-denial; it could be bearing kindly with the fault of another or forgiving someone who has hurt us. Our daily routine offers many opportunities for death, and so also for resurrection!

Rafael Moya went on to become a renowned Dominican canon lawyer, teach at the Angelicum in Rome, and serve the Order as procurator general from 1980 until his death in 1992. The priests whose martyrdom he witnessed were just a few of many; in June of this year, Cardinal Semeraro, representing Pope Francis, beatified 27 Dominican martyrs, expanding the list of more than 2,000 beatified and 11 canonized from the time of the Spanish Civil War.

Among those beatified was Fructuoso Pérez Márquez, Dominican layman, father of four, and head of the newspaper Independence. One of his sons describes him as “a fervent Catholic, a brave defender of the truth. He was kind, simple; he liked to talk to the poor. He was a saint.” Each of us, also, is called to sanctity, to St. Paul’s “newness of life.”