How long would you last without the sacraments? 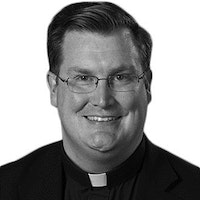 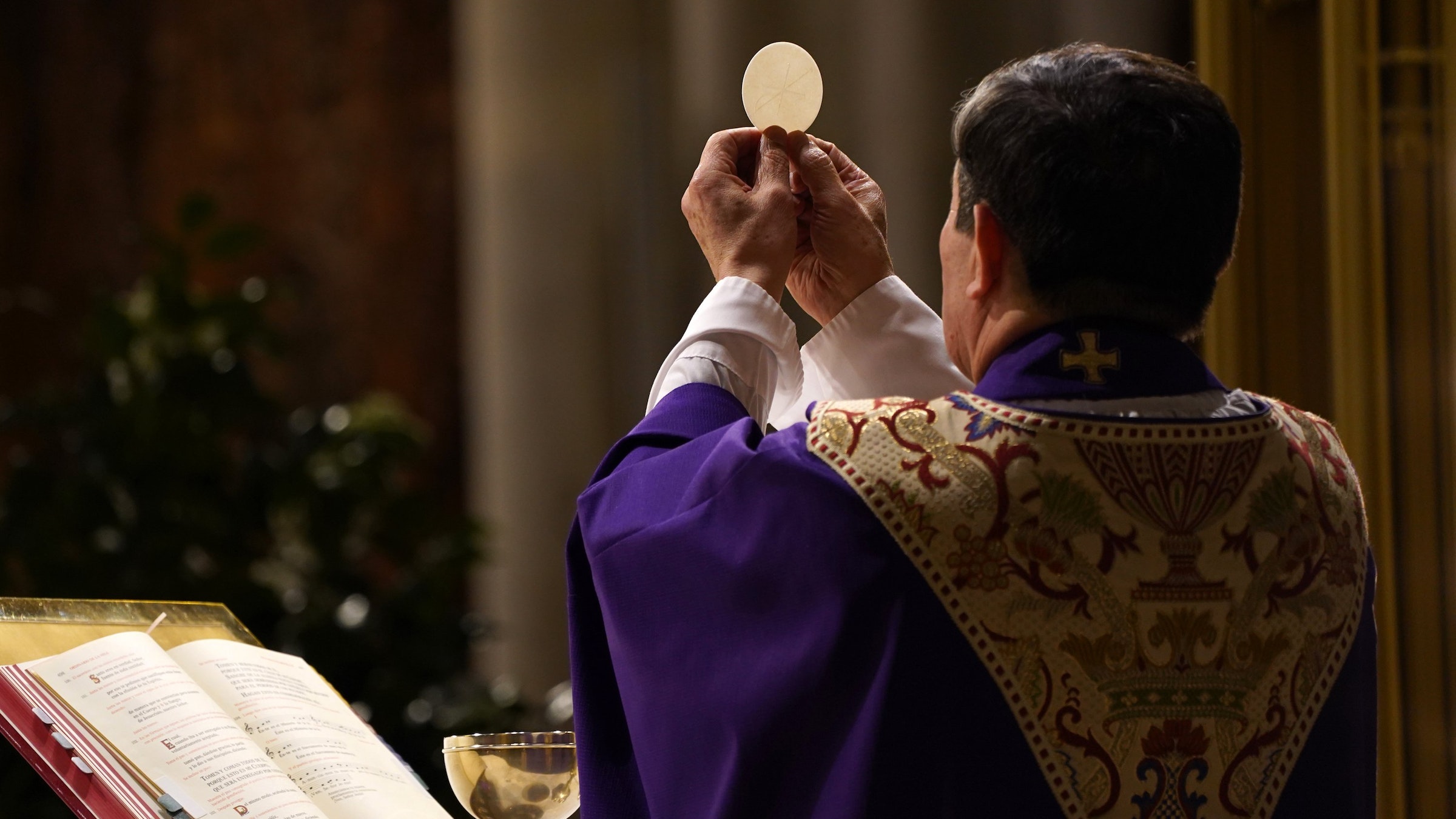 Fr. Lorenzo Ato elevates the Eucharist during a Mass for Catholics of Peruvian ancestry at St. Patrick’s Cathedral in New York City Oct. 18, 2020. The liturgy was celebrated in honor of El Senor de los Milagros (The Lord of the Miracles), an iconic image of the crucified Christ that has survived multiple earthquakes over the centuries in Peru and is the focal point of massive processions in Lima each October. (CNS photo/Gregory A. Shemitz)

If this article contained thousands upon thousands of words about the Holy Eucharist, it could not say anything more eloquent than the words of St. John Vianney, whose feast day is today. The patron saint of parish priests on at least one occasion simply wept as he stood before the people to preach, while he pointed to the tabernacle and cried out, “He’s there! He’s there!”

In fact, the Eucharist is such a beautiful reality that we can be “blinded” by the radiance of its truth as easily as by the simplicity of its appearances. In this respect, the Eucharist is a bit like the sun — which gives us the light by which we see — but can also blind us because it is so very intense.

Every Sunday — every day, if we are able to come to daily Mass — the Son of God becomes present on our altar. And every day He waits for us in the tabernacle. God loves us so much that He not only took on human flesh, not only suffered and died to save us, but makes Himself available to us every day of our lives.

The love of God, the power of God, the salvation God has won for us, are all present in our churches for the taking. But do we receive this Gift gratefully, as Elijah received the hearth cake and water from God in this Sunday’s first reading (1 Kings 19:4-8), or do we “murmur” like so many of those who didn’t believe Jesus in Sunday’s Gospel (John 6:41-51)?

A few years ago, I received a letter from some friends concerning their son, who was serving as a soldier in Afghanistan, and his wife. My friends wrote about the difficulties of life as a soldier, and then pointed out how few Catholic chaplains there are in the armed services. Apparently, their son would most likely not see a Catholic priest for the entire nine months of his then-current deployment. No Mass. No preaching. No sacraments. The couple was asking for me (and I presume the letter was sent to other priests they knew) to offer Mass for their son and his wife, and to pray for them, dealing with such difficult circumstances with no priest to offer them spiritual support. The line I remember most clearly from the letter was a rhetorical question that struck me pretty powerfully: “How long would you last without the sacraments?”

That is a good question for all of us to consider today. Other than our recent experience with COVID lockdowns, we have such easy access to the sacraments, especially the Eucharist, that we can easily take these gifts of God for granted. And yet we see a lot of “murmuring” about the Mass going on around us all the time.

Can this complaint sometimes signal a weakness on our part — that my preaching, or the music, or our love and concern for our fellow parishioners is sometimes lacking? Of course. None of us is perfect.

Can this complaint sometimes signal a weakness on our part — that my preaching, or the music, or our love and concern for our fellow parishioners is sometimes lacking? Of course. None of us is perfect.

Even someone who has committed serious sin is only one confession away from being able to receive Our Lord again. There is simply no excuse to turn away from the Bread of Life and to settle for anything less, and we need to work harder to help people see this truth, so that they would never want to turn away.

Finally, it is essential to know that Jesus is with us in the Eucharist even during the most difficult times of our lives. We might even feel at times like Elijah — who found himself the only remaining faithful prophet of God, who had tried very hard to speak God’s word to the Israelite people, and who by the time of Sunday’s reading was at the end of his rope after the Queen Jezebel threatened to have him executed.

We need to see that when we face suffering or even when we face death, He brings us life. He is the Bread of Life. He has died for us, and He has conquered death, and gives Himself and His risen life to us without holding back. His love is our food and our drink.