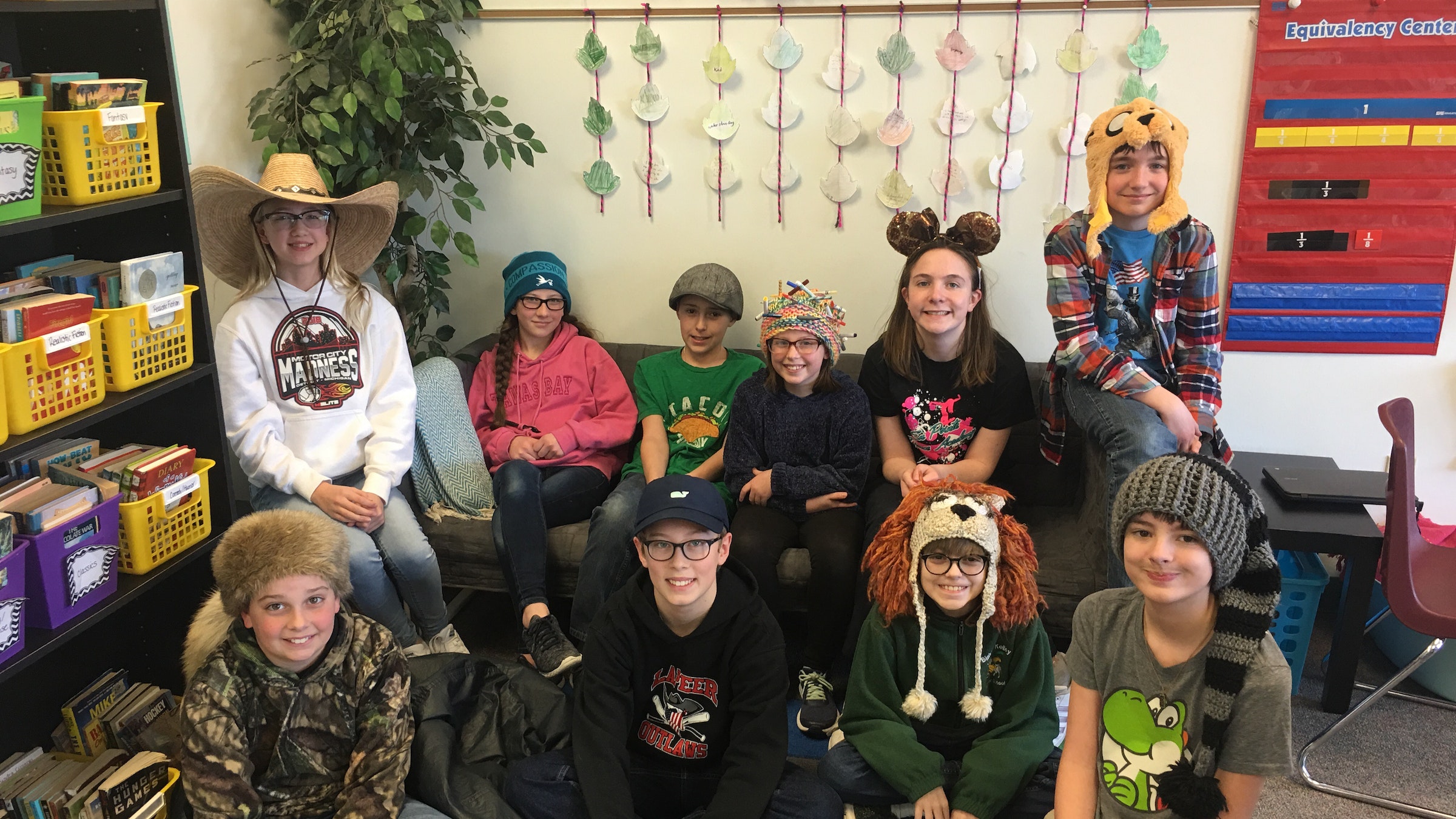 Students at Bishop Kelley School in Lapeer show off their crazy hats and hair during a "make-up" celebration for Catholic Schools Week from Feb. 25 through March 1. The frigid temperatures in late January caused by the polar vortex forced the school to cancel classes during the tradition week of celebration. (Photos courtesy of Kristina Childers)

But with the polar vortex of 2019 bringing frigid temperatures and plunging southeast Michigan into a deep freeze, many Catholic schools in the region were forced to cancel classes — including some treasured Catholic Schools Week traditions.

At Bishop Kelley School in Lapeer, sub-zero temperatures were no reason to freeze out the annual celebration. Instead of canceling Catholic Schools Week, the elementary school "rescheduled" its celebration for the week of Feb. 25 through March 1.

While the temperatures might not have been much warmer, spirits were high at the Lapeer school as students, teachers and administrators celebrated all that makes Catholic education great.

On Monday, students celebrated with a "crazy hat and hair day" and brought in bath and shower items for the school's monthly "Blessings in a Box" donation. On Tuesday, students made crafts to send to the elderly, and celebrated an all-school Mass on Wednesday. Later in the week, the school held a "penny war" to benefit the Rainbow Connection, raising more than $1,000. On Friday, students attended a special first Friday prayer service and spent the day with their reading buddies.

The school shared photos of its "make-up" celebration with Detroit Catholic: