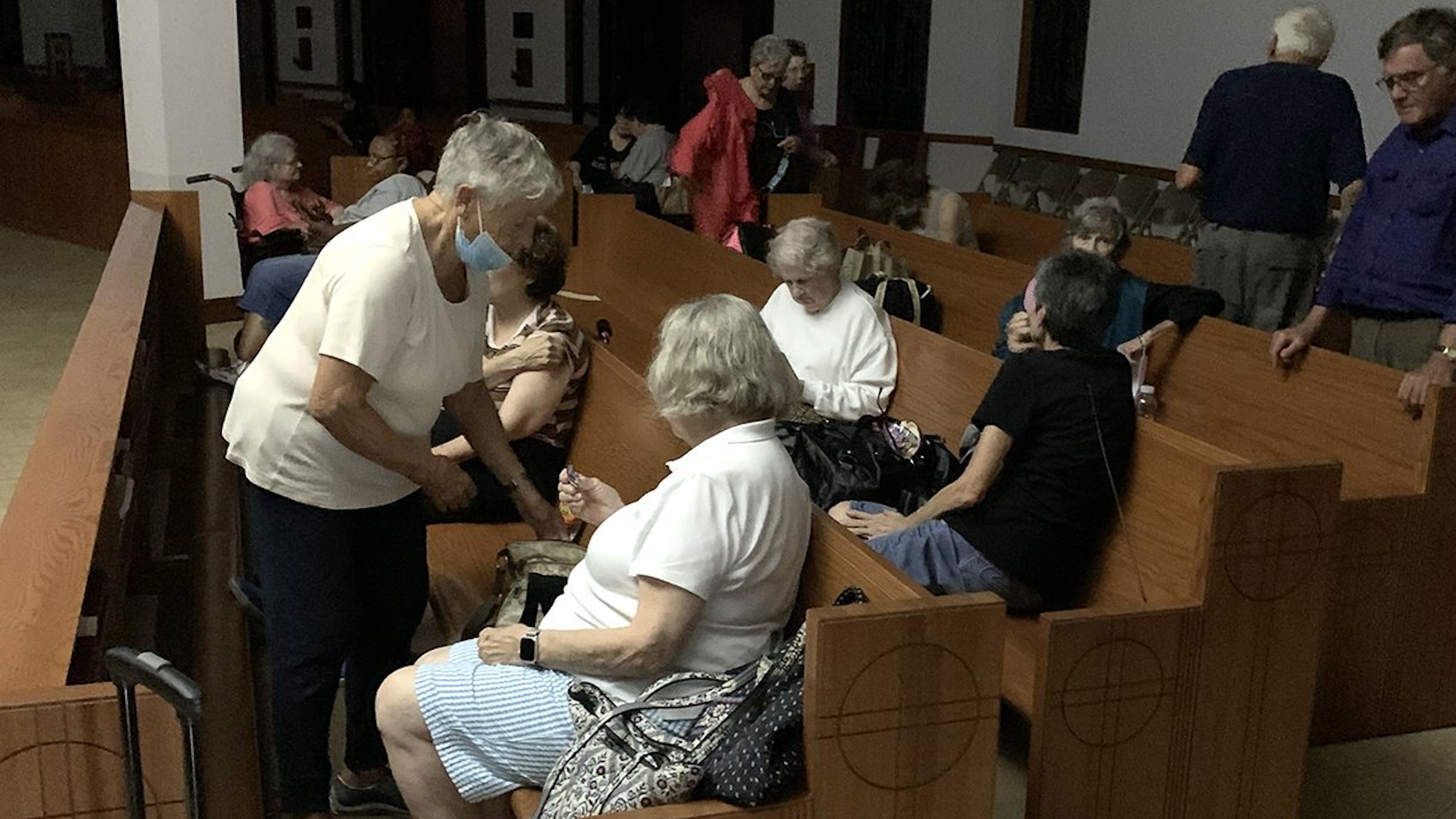 NEW ORLEANS (CNS) –– After the winds from Hurricane Ida peeled off the roof of the seven-story apartment building in Metairie, Louisiana, Aug. 29, St. Francis Xavier Church –– across the street from the apartment building –– was transformed into an emergency shelter for 34 residents, even though the parish had also lost electrical power.

Several parishioners live in the Metairie Towers apartment building across the street from the church.

Fr. Joe Palermo, the pastor, said he was initially notified of the emergency by the fire chief of Jefferson Parish.

"He said the roof had blown off," Fr. Palermo told the Clarion Herald, archdiocesan newspaper of New Orleans.

"He was called to the building because the sprinkler system was going off in the building, but water was also pouring in from the hurricane. The whole place is flooded. They say there may be six inches of water in the lobby.”

The priest said a number of residents had evacuated to other areas in advance of the hurricane, which left fewer residents at home. Fire officials were going door-to-door Aug. 29 to ask remaining residents to leave the building due to safety concerns.

"They called me and asked if we could put up everybody in some place, and I said, 'of course,'" Fr. Palermo said. "We talked about several buildings and we decided the church was the easiest place to get into because we had two Masses earlier today and would still be a little cool. We have water, blankets and bathrooms.”

Fr. Palermo said he expected the evacuees to spend the night. Church volunteers were there with flashlights.

"That's as far as we know, because the person from emergency services said that the hurricane is kind of stalled, and it's too risky to try to get people relocated," he said.