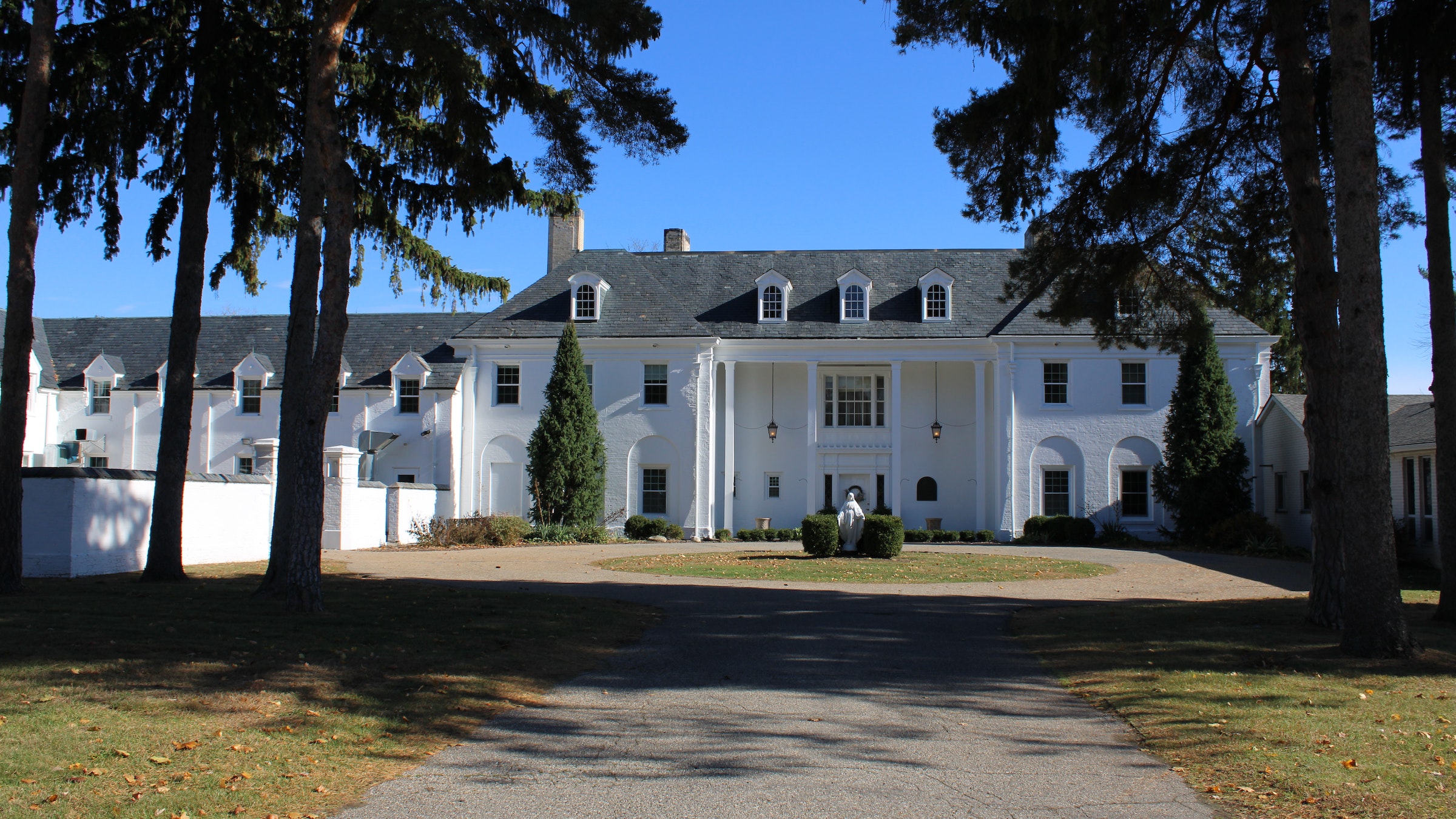 Mar Eliya Retreat Center, named for the prophet Elijah, will be a place where 'Christ can experience us,' Bishop Kalabat says

OXFORD — The Southfield-based Chaldean Catholic Eparchy of St. Thomas the Apostle has purchased the former Queen of Family Retreat Center in Oxford and has renamed it the Mar Eliya Retreat Center.

Chaldean Bishop Francis Y. Kalabat blessed the center on Oct. 28, 2022, the feast of Elijah the Prophet on the Chaldean calendar — “Mar Eliya” is Aramaic for Blessed Elijah, the holy prophet who prophesied the coming of Christ and was with Jesus and Moses on the mountain of Transfiguration.

“The place has been put under the name and tutelage of Elijah the Prophet,” Bishop Kalabat told Detroit Catholic. “We felt that was a good figure from the Old Testament who played an instrumental role for the coming of Christ. He was there at the Transfiguration as well. So it’s appropriate to name a retreat center for a man who experienced Christ.”

The eparchy originally planned on building a retreat center on its Our Lady of the Fields Camp in Brighton. But after plans for further development ran into delays with local authorities, the Queen of Family Retreat Center turned into a viable option, Bishop Kalabat said. 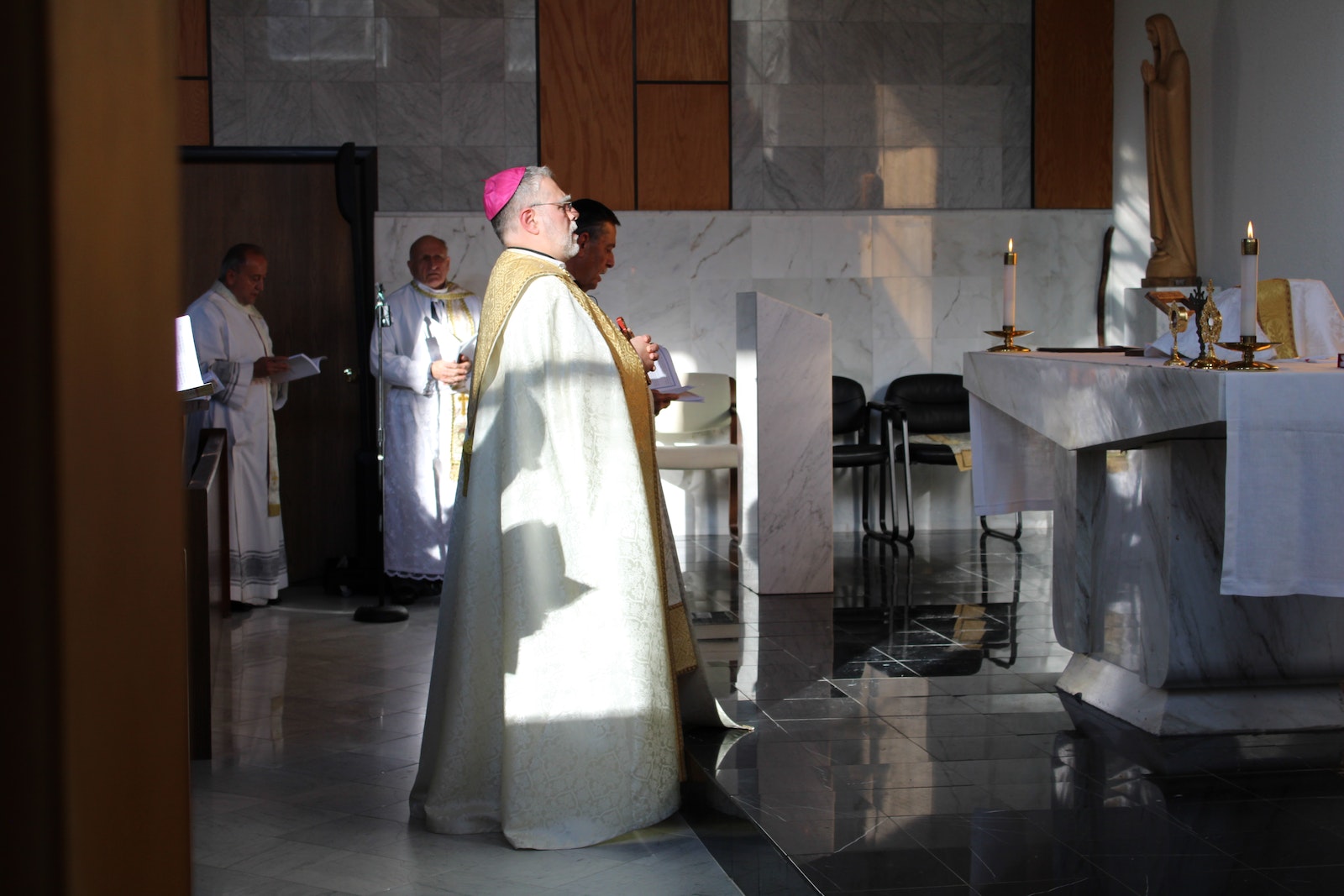 Bishop Francis Y. Kalabat celebrates a Mass of dedication at the new Mar Eliya Retreat Center in Oxford on Oct. 28.

The local Boji family purchased Queen of Family Retreat Center for $2 million and gifted it to the eparchy to host retreats in an area that’s closer to where Chaldeans are living today.

“Location-wise, it is where the Chaldean community seems to be migrating more northbound,” Bishop Kalabat said. “We’re now centered in the east-west divide of Metropolitan Detroit, the west side being more near Bloomfield Hills, Southfield, and South Lyon, and on the east side near Troy, Sterling Heights, Warren and Madison Heights. So the Queen of the Family Retreat Center was a fantastic location.”

Queen of the Family Retreat Center was one of two retreat centers at the Oxford site on Drahner Road, the other being St. Mary's Retreat House, which closed in 2020 after 60 years in operation as a ministry of the Dominican Sisters of Peace. The former Queen of the Family Retreat Center includes 73 individual rooms, two bunk houses, dining rooms, two chapels, a large conference room, meeting rooms and basketball and volleyball courts, as well as a lake on the property.

The eparchy has been reviewing the current state of the Mar Eliya Retreat Center and assessing what improvements need to be made before it can host retreats, with the expectation being the eparchy will have a better idea of what work needs to be done by the end of January.

“We need to spend a good amount of money to have the necessary amenities like AC units, bathrooms taken care of, and other things we need to make the experience as comfortable as possible; we don’t think it is there yet. Right now we’ve blessed it, dedicated it, and will start looking at renovation it,” Bishop Kalabat said. 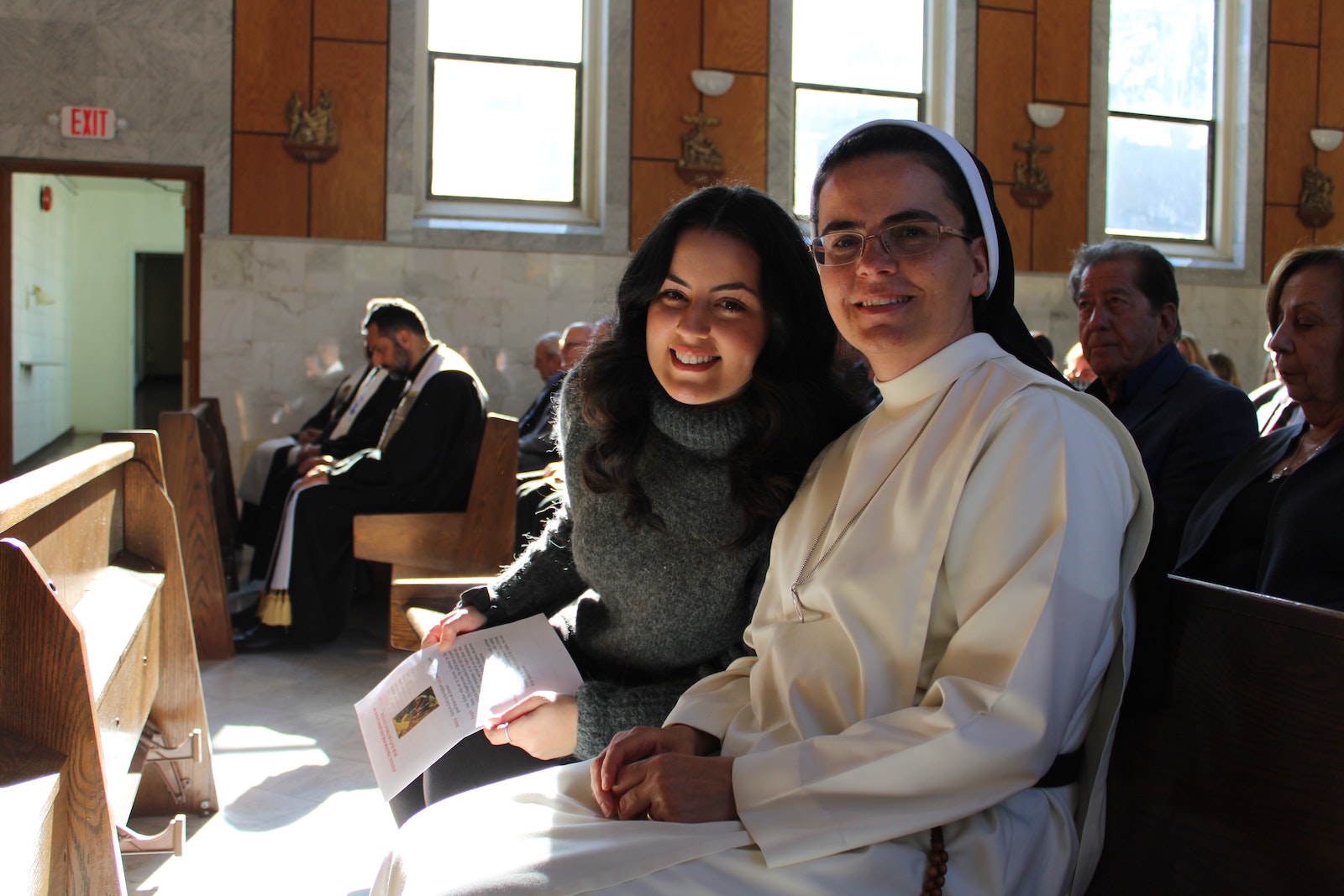 Bishop Kalabat said the retreat center's location in northern Oakland County will serve a growing number of Chaldean Catholics moving into the area.

The eparchy organizes retreats for youth, high schoolers, men, women and married couples, making use of various retreat centers throughout southeast Michigan. Bishop Kalabat said the retreat center will add to the work of the Eastern Catholic Re-Evangelization Center in Bloomfield Hills in encouraging Eastern-rite Catholics to connect with their faith, specifically by setting aside time and a dedicated place to reconnect with God.

“I love quoting Pope Francis, who quotes Pope Benedict, who talks about our faith as experiencing Christ,” Bishop Kalabat said, “experiencing Christ as a historical event and person who, by God’s grace, can be experienced every day. Taking that time to step away from it all is extremely important in our everyday experience of God.”

Bishop Kalabat hopes the new retreat center will be a welcoming place for Chaldeans and all Catholics who have not gone on a retreat to come to spend a dedicated amount of time to discern God’s will for them; a supplemental feeding of faith to go along with weekly Mass and monthly confessions. 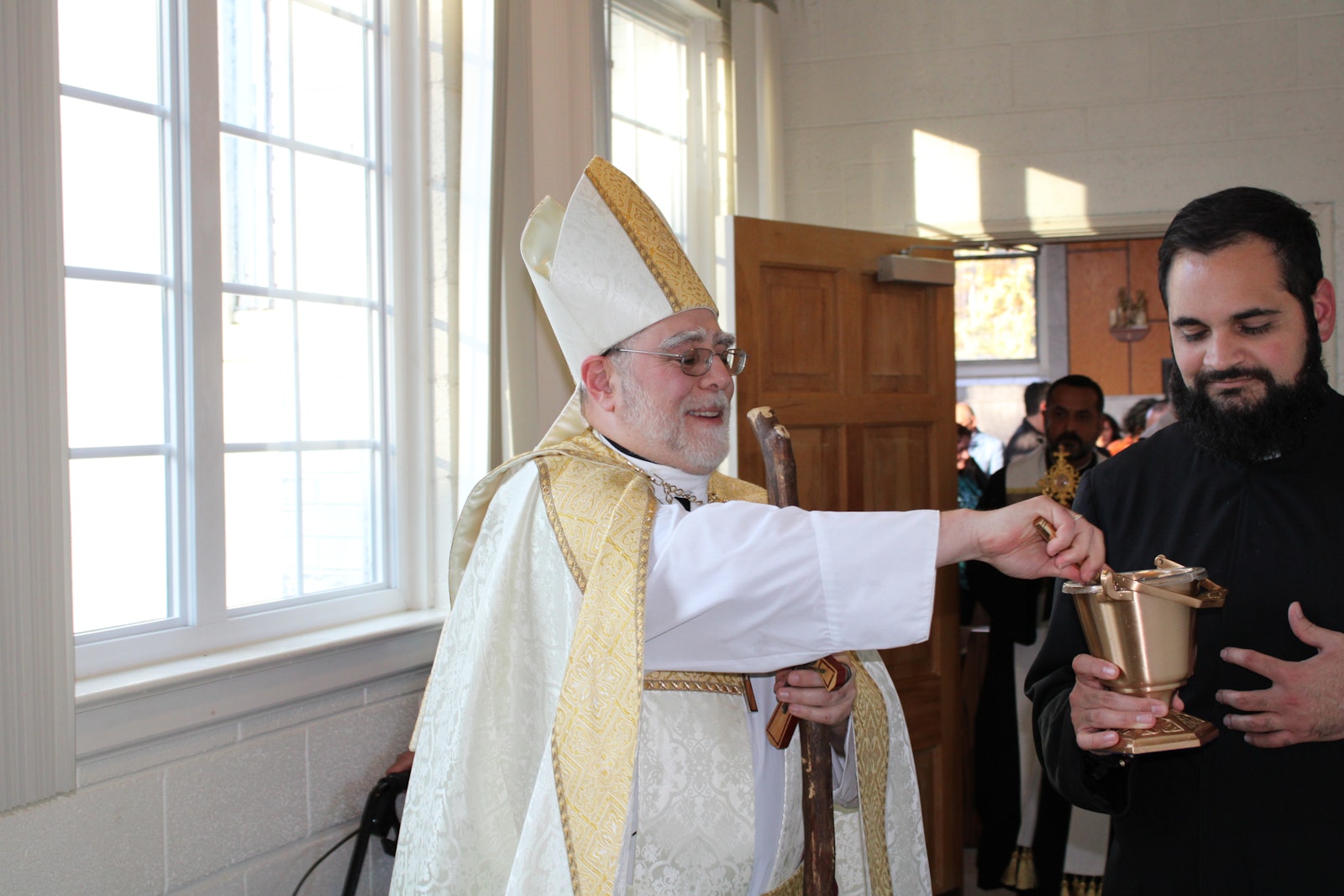 The Chaldean Eparchy of St. Thomas the Apostle was able to purchase the property as a result of a generous $2 million gift from the Boji family.

“Having a personal relationship and connection with Christ was taken away from us with COVID when we had to do prayers, meetings, retreats, even Masses, over Zoom, which takes away the personal experience of Jesus,” Bishop Kalabat added. “For now, it’s almost as if Christ is saying, 'They kept me away from you, now I’ll come to you in a greater way.' These retreats will be another chance for Christ to experience us. Christ wants to be near us. His love for us is so powerful, and this center will be another chance to live in that love.” 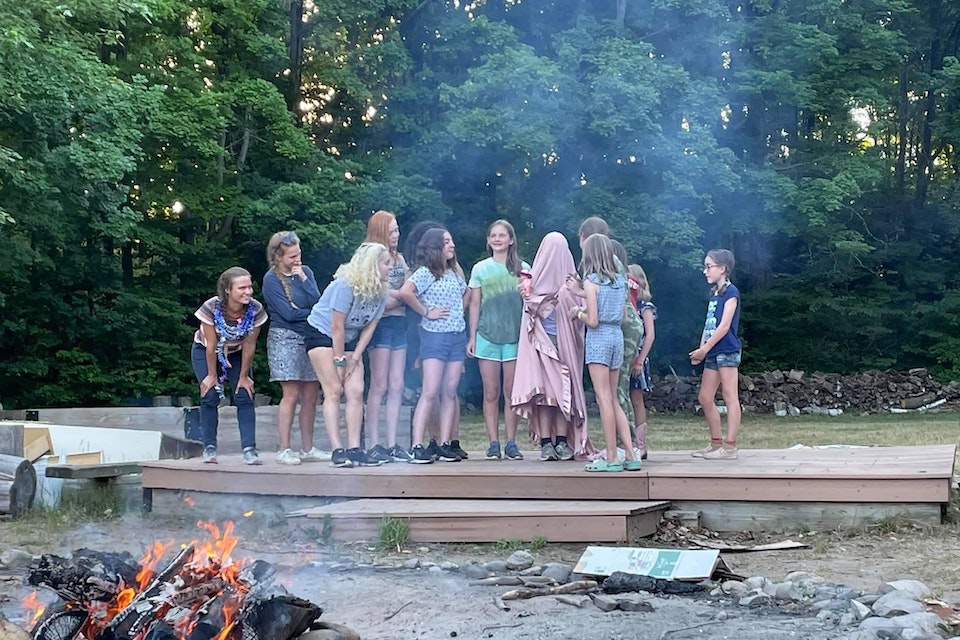 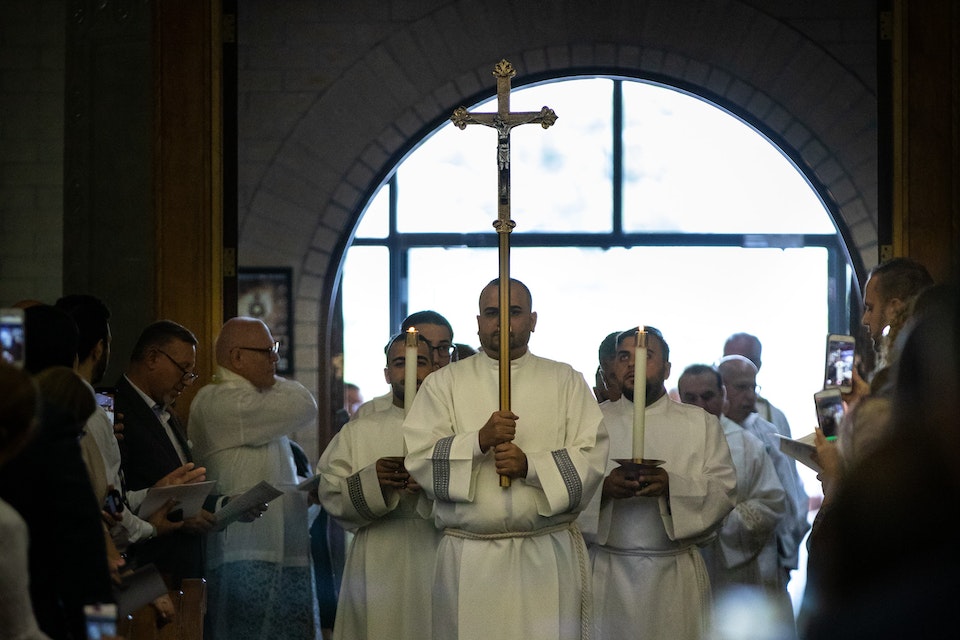 Local Chaldeans overjoyed at pope’s visit to war-torn Iraq: ‘It was beautiful to see’
Chaldean Retreats