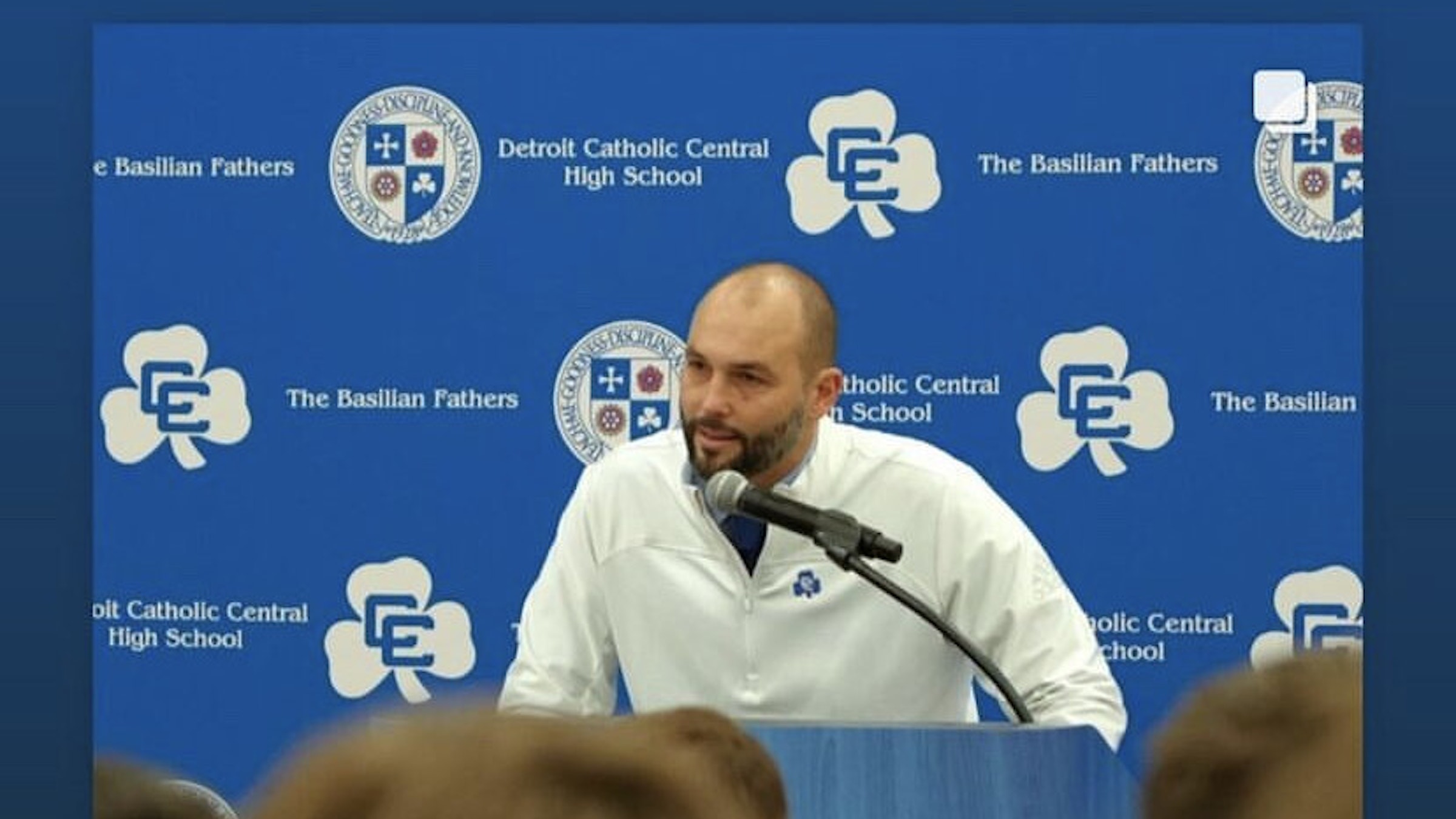 Justine Cessante will be the 13th head football coach in Catholic Central’s history. He was captain of the Shamrocks’ 1997 and 1998 back-to-back state championships and returned as an assistant coach from 2004 to 2018. (Courtesy of Catholic Central Athletic Department)

“It is with great honor through God’s grace that I accept the responsibility of leading this storied football program built by tremendous men and mentors,” said coach Cessante. “I have dedicated my life's work to positively impacting young men's lives on and off the field through this great game of football. We will be on a mission to serve God while building onto our tradition of excellence. Our goal will be to continue building a strong foundation of goodness, discipline, and knowledge for every student that walks the halls of CC.”

Coach Cessante brings close to two decades of high school coaching experience to the position, most recently serving as the director of strategic partnerships and national director of football at Legacy Center Sports Complex, as well as serving as executive director of LEAD Foundation.

"We were excited to battle through the interview process with some exceptional candidates,” said Aaron Babicz, director of athletics. “Justin Cessante is a perfect fit for our young men, Shamrock community, and overall culture. He is a man of faith who will make the kids believe in themselves and the mission of Detroit Catholic Central Football.”

Cessante holds a storied legacy at Catholic Central, having been a member and captain of the 1997 and 1998 back-to-back state championships and returning as an assistant coach from 2004 to 2018. Serving as junior varsity head coach and varsity defensive coordinator, Cessante coached in five MHSAA D1 finals and won the 2009 state championship. In 2018, Cessante was named to the Detroit Catholic Central High School 40 Under 40. He currently resides in Novi with his wife Christina, and their two daughters, Iyla Grace and Stella Mia

It is a true blessing to come back home after playing and coaching at CC for 19 years,” said Cessante. “I appreciate and thank the administration, President Ed Turek, Principal Father Fulton, and Athletic Director Aaron Babicz, as well as the selection committee, for their trust and support of me and my family.”

Catholic Central Football has won 14 state championships in the school’s 94-year history. The school congratulates long-time head coach Dan Anderson on his retirement from coaching at the conclusion of the 2021 season. Anderson remains a social studies teacher at Catholic Central.

This article was provided by the communications department of Catholic Central High School.