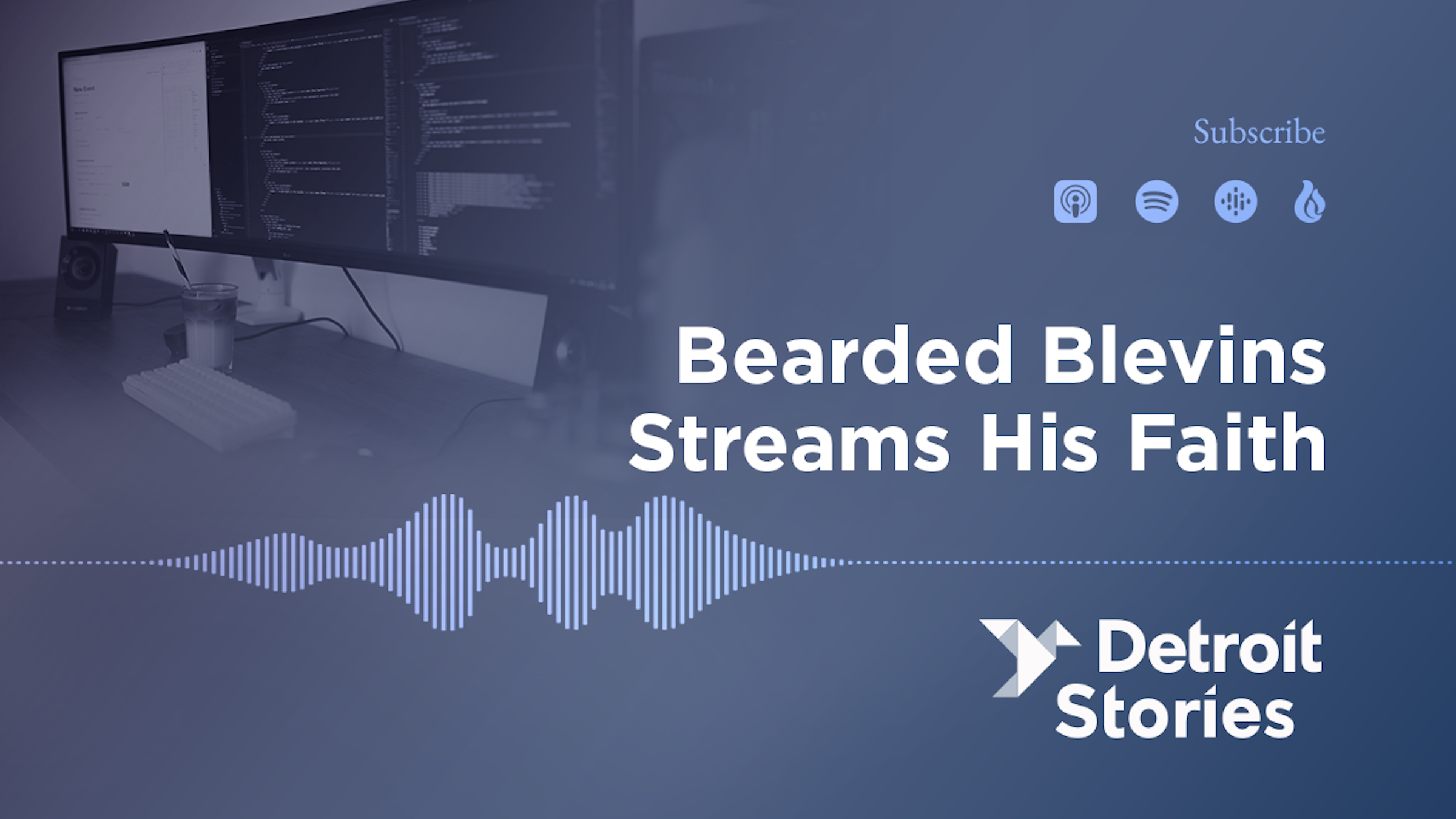 0:02: Jonathan Blevins, a video game streamer on the popular gaming site Twitch, engages in a discussion about faith with his followers. It’s an unlikely place for such a discussion, but Blevins, a lifelong Catholic with thousands of followers, sees this as his unique mission field.

1:40: Blevins, CEO of Little Flower Media Company, talks about his background growing up in a Catholic family in Metro Detroit. While he and his two brothers played video games, it was considered a special treat — not something to do every day. He remembers playing Mario and Pokémon, and games like Halo and Call of Duty when he was older.

4:02: As Jonathan grew up, video games took a back seat, and he became more serious about his faith. He studied theology and began to work in his parish as a youth minister. However, in 2017, when the mega-popular video game Fortnite was released, Jonathan’s curiosity got the better of him.

5:25: Meanwhile, Jonathan’s younger brother, Tyler — better known by his screenname, “Ninja” — was quickly becoming an internet mega-star in his own right, streaming video games on a lesser-known platform called Twitch. Today, Tyler is the most popular streamer in the world, with more than 18 million followers. At Tyler’s suggestion, Jonathan decided to try streaming for himself.

7:01: A youth minister by day and Twitch-streaming Fortnite player by dusk, Jonathan’s audience steadily began to grow. Quickly, he realized that his streams didn’t have to just be about video games. Always himself, Jonathan began chatting with his followers about the things that were important to him — football, bourbon, popular culture and his Catholic faith.

8:07: Finding success in his newfound niche, Jonathan decided to try streaming full time, and turned his hobby into a business, the Little Flower Media Company. Through 30-40 hours per week streaming, three podcasts, two talk shows and more media efforts in the works, he’s developed a community of tens of thousands of followers who engage with him daily online.

10:08: Jonathan’s refusal to put his Catholic faith to the side has meant plenty of difficult conversations with strangers online. He discusses the similarities between youth ministry and streaming — starting with the need to calmly and lovingly talk about controversial subjects — especially as they relate to God and the Church.

11:12: Jonathan recalls one stream in particular, on the day of the Supreme Court’s decision to overturn Roe v. Wade, in which he engaged with a follower who was particularly angry and vitriolic. Another time, he recalled engaging with a fellow streamer whose vulgarity led to a moment of honest self-reflection. In both cases, Jonathan says, it was important to recognize the God-given humanity behind the internet wall.

15:03: Despite the torrent of filth that can exist online, Jonathan believes in the power of love to reach the darkest places. Always the optimist, it’s his characteristic sign-off tagline that reverberates after every stream: “I love you; God loves you. Let’s change the world,” he says.

This episode is brought to you by Catholic Funeral and Cemetery Services. Pre-planning is a gift of love for your family. To start this important end-of-life conversation, visit cfcsdetroit.org.

Highly anticipated documentary 'Detroit: The City of Churches' to debut this week
Culture and Media