Documentary to tell rich history of Detroit through its churches, congregations 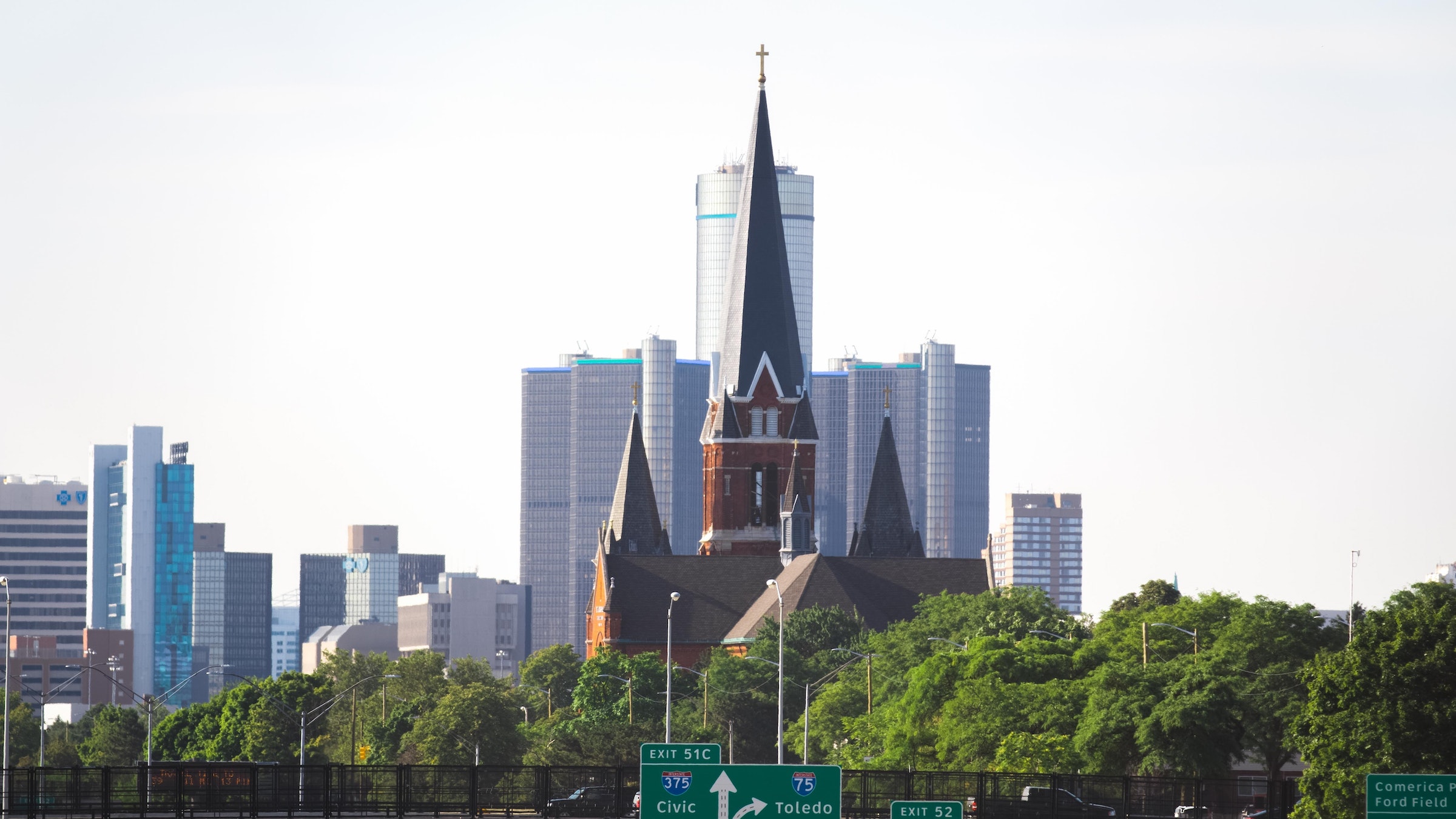 Detroit boasts more churches per square mile than any other American city, and renowned filmmaker Keith Famie is determined to tell the city's history through its churches in a two-hour documentary, "Detroit: The City of Churches," which will air Christmas 2022 on Detroit Public Television. (Detroit Catholic file photo)

With more churches per square mile than any other American city, acclaimed filmmaker Keith Famie says Detroit has a unique story of faith

DETROIT — The founding of Detroit dates back to 1701, and since then, the city has survived its fair share of adversity and milestones: riots, industrial innovation, bankruptcy, the fight for civil rights — even the whole city burning to the ground, resulting in Fr. Gabriel Richard’s famous proclamation, “We hope for better things; it will arise from the ashes.”

What arose from Detroit's ashes — and still are standing today — are numerous churches of all faiths. Scattered throughout Detroit’s hub-and-spoke layout, these impenetrable structures serve as solemn, safe reminders of Detroit’s history, its people and diversity.

In fact, Detroit boasts more churches per square mile than any other American city, a fact that will be highlighted in a new documentary to be released this year.

Veteran filmmaker Keith Famie aims to tell the history of Detroit through its churches in the two-hour special, "Detroit: The City of Churches," which will air Christmas 2022 on Detroit Public Television.

Detroit: The City of Churches Trailer 1 from Visionalist Entertainment Prod on Vimeo.

Since 2004, Famie, along with his team at ​​Visionalist Entertainment Productions, has mostly focused his lens on Detroit, creating multiple Emmy-winning, primetime programs. While there have been stories told about the churches in Detroit before, Famie said he felt inspired to take a closer look at the city from the perspective of Detroit's faith communities, spiritual leaders and congregations.

As Detroit grew, and people moved in from all over the world attracted by the automobile industry's introduction of the $5 workday, immigrants brought with them their culture, food and faith, Famie said, resulting in the many churches we see today.

“(The churches) are ground zero for their communities; they’re ground zero for their congregations. They're a place of refuge and safety, even during events that didn't take place in Detroit,” such as 9/11, wars, conflicts and economic collapse, Famie told Detroit Catholic. “Churches and congregations become a pillar of comfort during complicated times in our lives.”

While Famie admitted he hasn't spent a lot of time in church over the years, the film has reminded him of the sacredness and impact places of faith can have in people's lives.

“As I go and spend time in these in churches, it's a reminder why they are precious and why they're an integral part of society,” Famie said. “I hope this film not only historically teaches about Detroit's churches, but will help a new generation to understand the value of these churches and these congregations.”

The documentary will feature churches of all denominations, including some of the Archdiocese of Detroit’s oldest Catholic parishes, such as the Basilica of Ste. Anne. Viewers can expect to see the historic Trinity Lutheran Church and Second Baptist Church, which served as one of the last stops on the underground railroad. The documentary will also feature footage of New Bethel Baptist Church, where Aretha Franklin grew up.

Interviews with spiritual leaders such as Canon Jean-Baptiste Commins, ICKSP, from St. Joseph Shrine in Eastern Market and Msgr. Charles Kosanke, pastor of Ste. Anne and nearby Most Holy Trinity, also are featured.

According to an article in The Detroit News, Detroit has as many as 800 churches, many of which have been standing for centuries. Famie said he's been surprised at the enduring architecture and craftsmanship of many of them, a testament to the cultures and people who built them.

For example, Famie said, the stonework of the historic Trinity Lutheran Church on Gratiot Avenue came from Germany.

“The same thing with (the Basilica of) St. Anne; some of these pieces that actually created the church came from long distances because the builders wanted it to feel like home. They wanted them to feel like a place of pilgrimage for their community and for their society,” Famie said.

Many Detroit neighborhoods were formed around an already existing church, Famie added. While some neighborhoods have fallen into disrepair, Famie said many of the churches continue to flourish, standing as hopeful icons for the community.

“It’s inspiring to see that some of the rundown neighborhoods still have churches that are flourishing because of community members who come from long distances in the suburbs to be a part of the congregation,” Famie said, adding such communities often hold familial history for suburbanites.

“There’s a certain amount nostalgia to that journey. It's almost like a pilgrimage,” Famie said. “The church is still breathing life into that community through the bells ringing and the reverence and the pastors and the priests who are still there.”

It’s easy to take these churches for granted because they have always been there and have played a role in many of our lives, Famie said. Famie hopes that this film will help people appreciate and celebrate these churches again.

“Some of these structures are just breathtaking to be in and, personally, I enjoy walking in them and I have my own spiritual moments as I really feel the walls. It's almost that they can talk to you and they can inspire you to think,” Famie said.

Famie said the premiere of the documentary will bring together people from a wide array of faiths to celebrate and appreciate the city they love and the churches that helped form it.

“One common denominator with all the churches so far is giving — a sense of stewardship to the community in helping the less fortunate. That's something I've seen come up again and again,” Famie said. “When it comes down to it, we're all people, people who live and have survived and have prayed and have cried and have celebrated harmoniously in the city of Detroit through sports, parades, events, riots — through everything under the sun. And that's the story I want to tell.”

'Detroit: The City of Churches'

Learn more about Keith Famie's documentary, "Detroit: The City of Churches," at detroitcityofchurches.com.