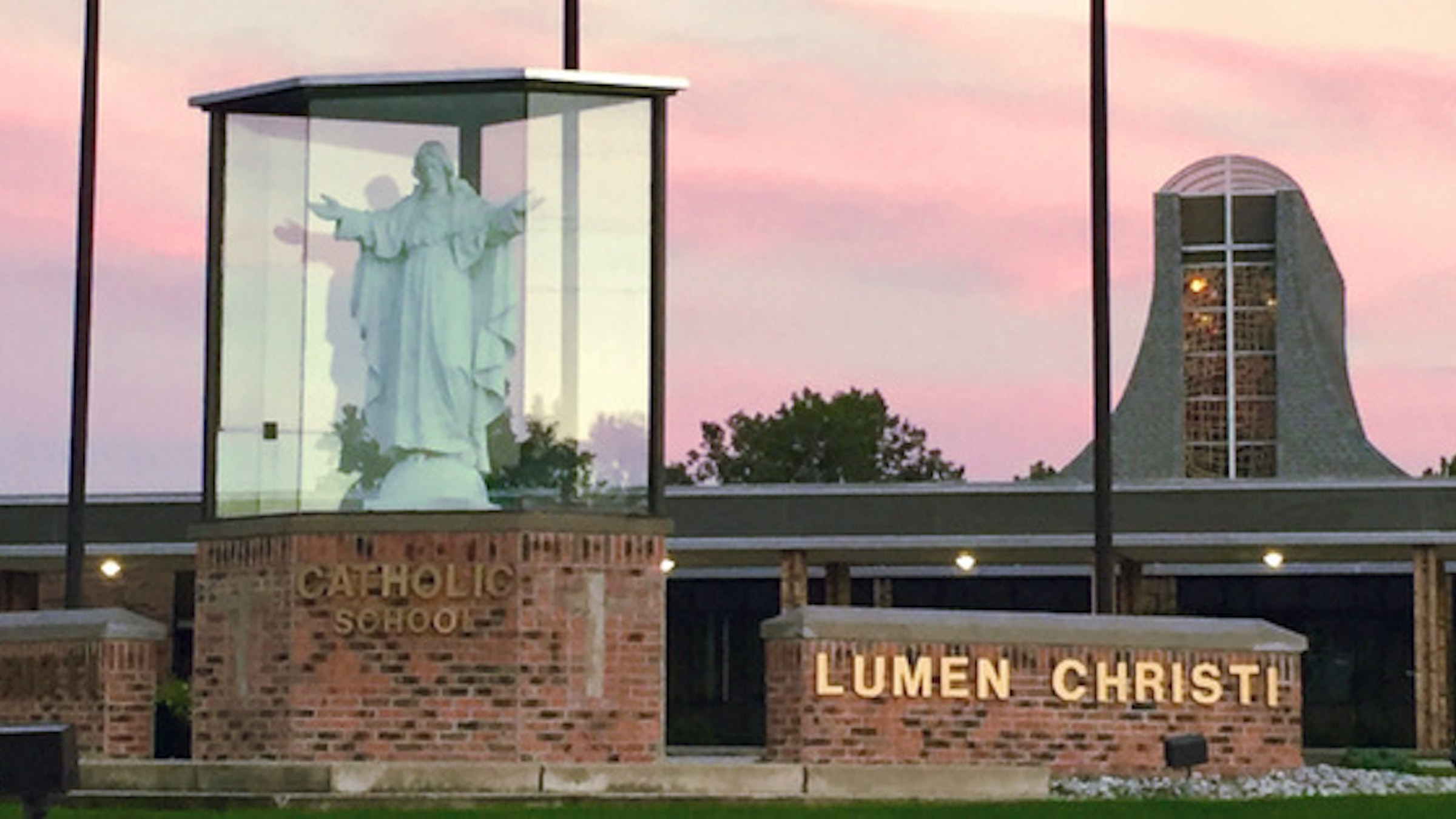 JACKSON – Even though there are five Toledo Catholic high schools set to join the Detroit Catholic High School League next fall, the league might not have reached its limits of expansion.

Jackson Lumen Christi, a 305-student high school operated by the Diocese of Lansing, has also sent a letter indicating interest. Lumen Christi’s application will be considered by the CHSL’s Executive Board this month.

Catholic League Executive Director Vic Michaels and Associate Director Mike Evoy met with Lumen Christi’s board of directors and said the school officials were “all behind it.” The school’s athletic director appeared on a local-access TV broadcast in Jackson last month to announce the change in leagues, but Michaels said that was premature.

“We’d love to have them, but then we have to work out all the details first,” Michaels said. “Right now, we’ve just had talks. I’m hopeful this will work, but right now, I don’t know – it’s very preliminary. We have to look at where we would put them in our (divisional) alignments and then it goes to the board, and we’ll see if they are a good fit.” 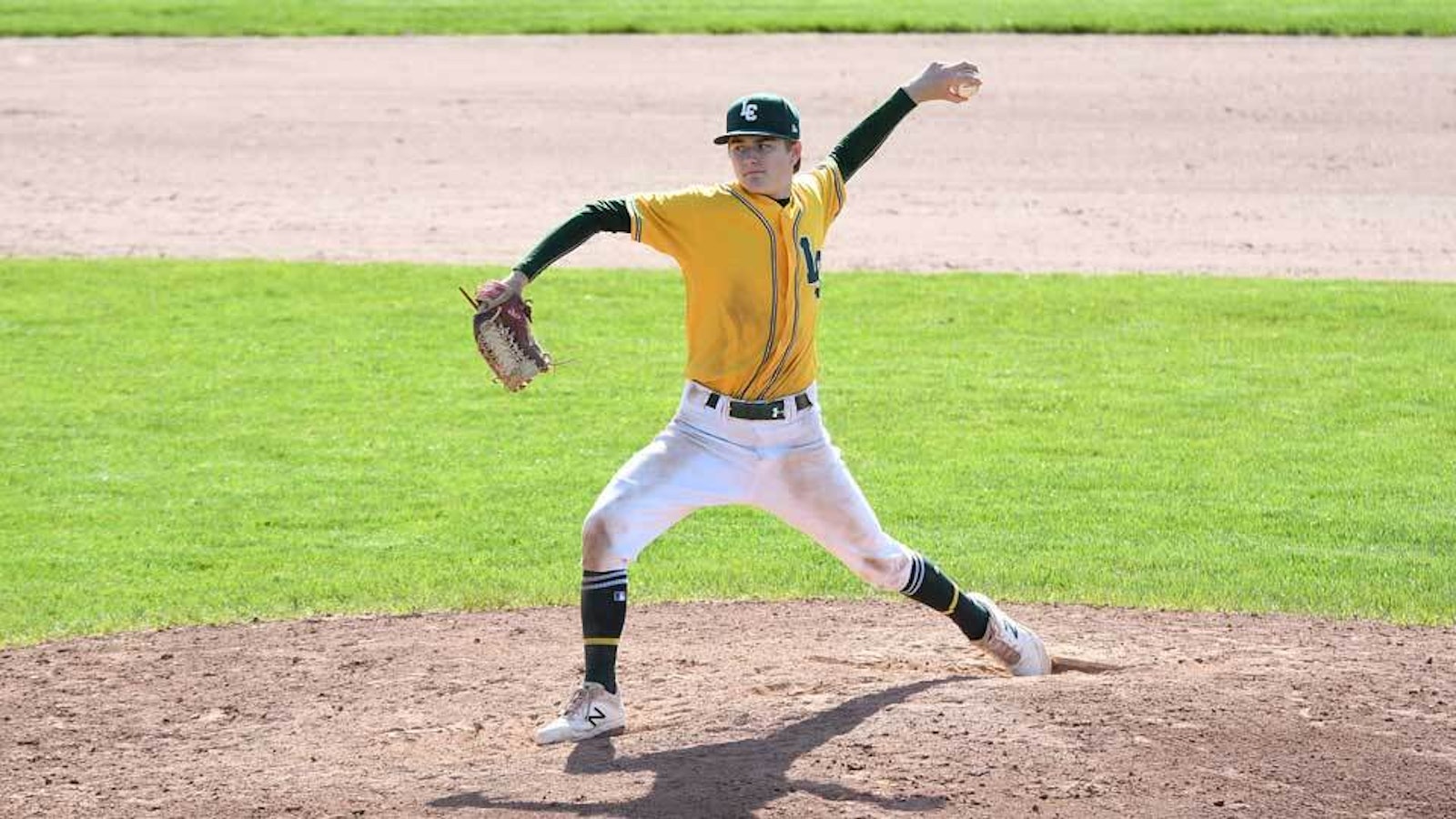 Lumen Christi won the second of its two baseball state championships in 2015.

Michaels said Lumen Christi’s application is being handled the same way as any other school seeking to join the CHSL.

“We’re still on track to do what we always do. Right now, we’re just in the early stages of discussion. We may come back and say here’s what the alignment would be, and they may say no,” Michaels said. “But if it’s clean, if everybody agrees, then it would work.”

Athletic Director Jesse Brown said that 91 percent of the Lumen Christi student body is participating in a fall sport this year, and the school’s three-year average is 88 percent. Furthermore, the school averages 84 percent of the students playing two sports, and 72 percent playing a sport in each of the school year’s three seasons. The school offers 24 sports and is the second-smallest school in the state to have its own ice hockey team (without participating in a co-operative agreement with other schools). 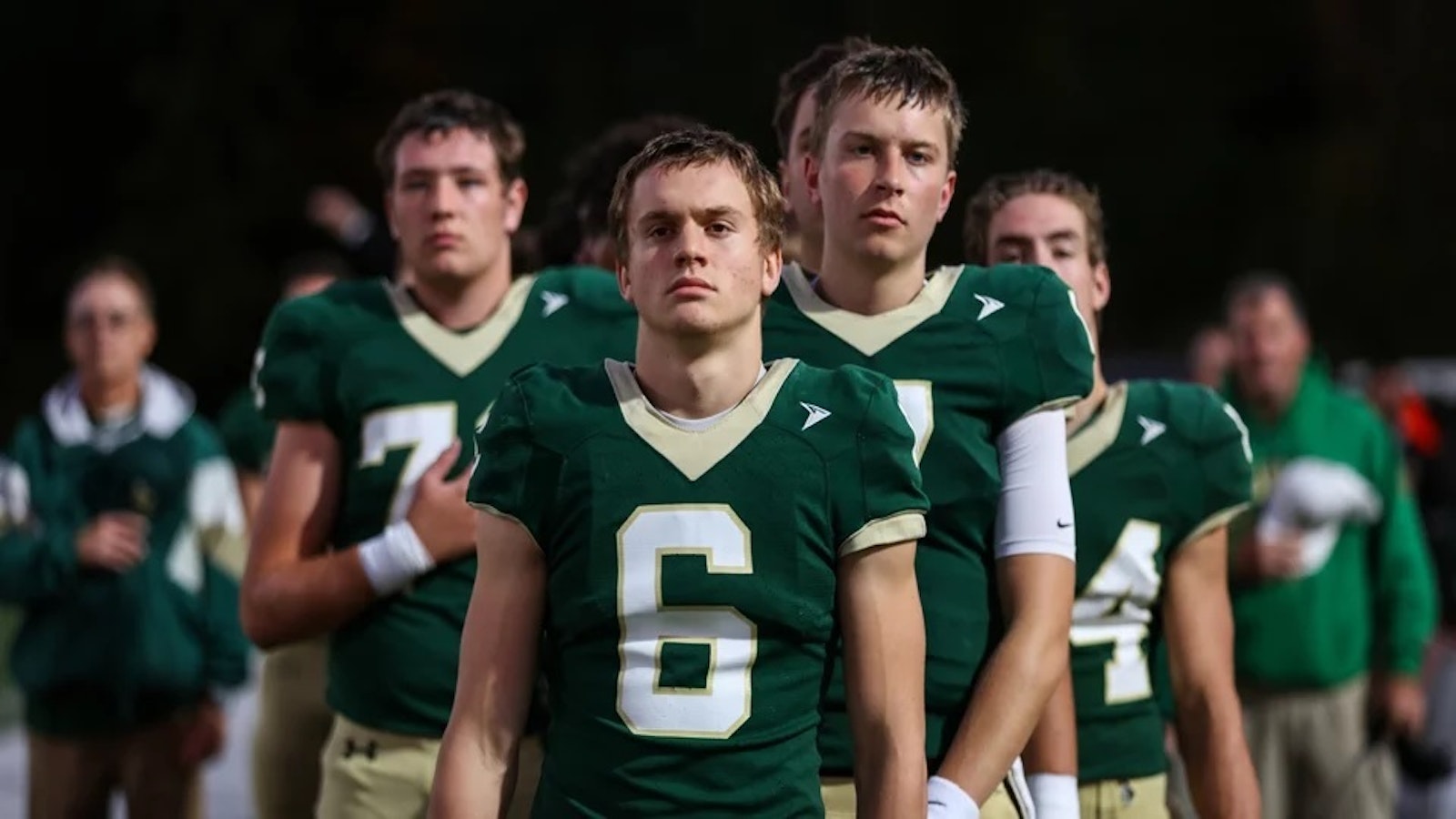 Besides adding five Toledo high schools, the Catholic High School league may expand further in 2023-24 if the league's executive board accepts the application of Jackson Lumen Christi.

For the past eight years, Lumen Christi has played against seven larger public schools in the Interstate-8, a league that stretches westward from Jackson toward Battle Creek, Coldwater and Hastings. School officials had considered moving to other athletic conferences but determined that the Catholic League would potentially offer the best options.

Like the five larger Toledo schools, Lumen Christi brings a strong Catholic identity and a proud athletic tradition. But being a single mid-sized school, the dynamics of joining the CHSL would be a bit different.

“For the Toledo schools, it was easy. They’re going to be in the Central Division,” Michaels said. “Lumen Christi presents some different issues. They’re very good in football and cross-country, for example, but not across-the-board. In some other sports they could be placed in the Intersectional (Division). If we had to have Marine City (Cardinal Mooney) traveling to Jackson, it could be a problem -- maybe we’d have to find a neutral site.” 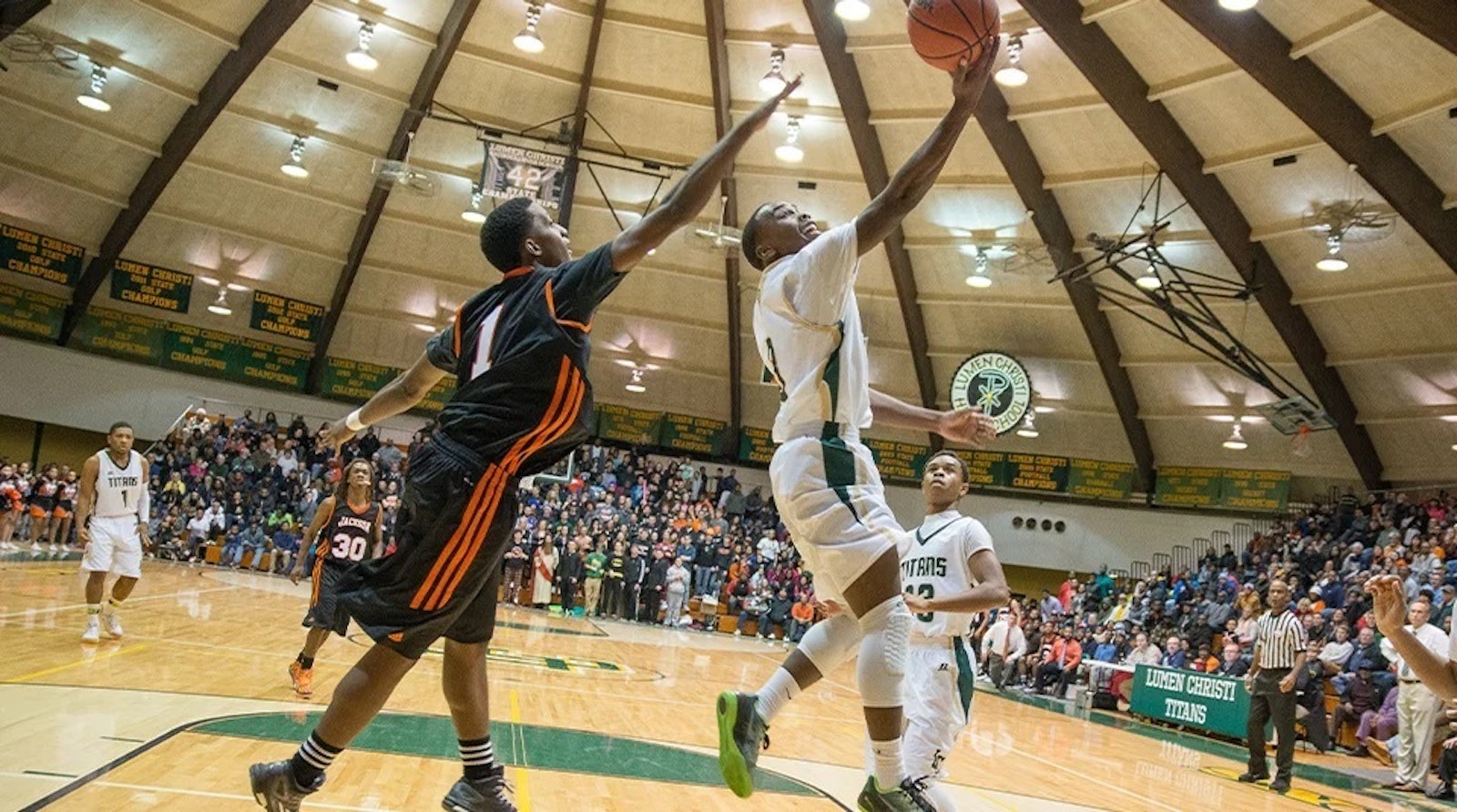 Jackson Lumen Christi's building has a "dome"-style gymnasium which seats 3,000 for basketball and volleyball competitions.

“What happens here at Lumen is we run a Division 1-2 athletic program with Division 3-4 numbers,” Brown said. “We’ve got a rich tradition in athletics. I came over here from Kalamazoo, and immediately it was really impressive to watch the people here respond to and support athletics.”

Historically, the Titans have won nearly 50 state championships, most notably in golf (15 for boys, five for girls), football (11) and cross-country (nine for girls, two for boys).

Most recently, Lumen Christi’s girls’ cross-country team won the Michigan Catholic Invitational in DeWitt on Aug. 27, defeating 14 other Catholic high schools from across the state.

The school also participates in the “Bishop’s Cup” series of competitions across several sports against the other Diocese of Lansing high schools: Ann Arbor Fr. Gabriel Richard (a CHSL member), Flint Powers Catholic and Lansing Catholic.

“We try to play a lot of Catholic schools as we can,” Brown said. “There’s a great Catholic community in Jackson, there’s a small-town feel to it. We rally around our Catholic tradition and faith, and demand excellence.”

Lumen Christi opened in 1968 with the merger of St. John High School and St. Mary High School. The 172,000 square-foot facility sits on a 40-acre campus on the west side of the city, and includes baseball, softball, football, track and cross-country facilities on-site.

Three elementary schools feed into Lumen Christi, which has students across a wide area ranging from Addison, Adrian, Chelsea, Hudson, Marshall and points in-between. In 2015-16, seventh- and eighth-graders have been housed in the high school building as well. 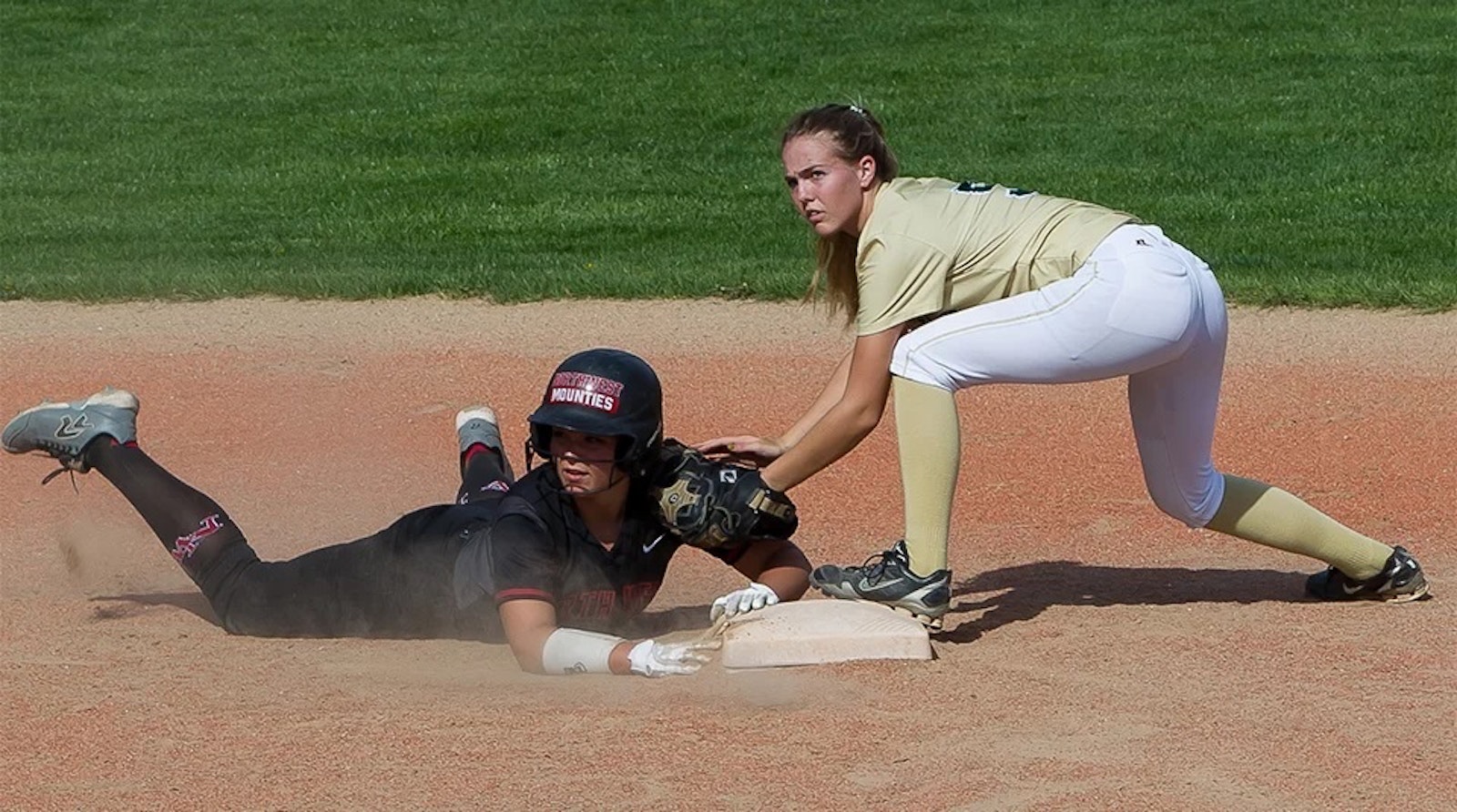 “Across the board we’re traveling a little bit more than normal to find a competitive non-league schedule, so they would provide some options. It would certainly help in football, especially for the AA Division,” he said. “They’d be another faith-based school in our league, and that would be good.”

If Lumen Christi’s application is approved, the Titans would begin CHSL league play in 2023-24, the same time as the five Toledo schools.

“Right now (Lumen Christi is) the only one we’ve talked to,” Michaels said. “There are some others that are rumored, but no one else has approached us about joining at this time.”