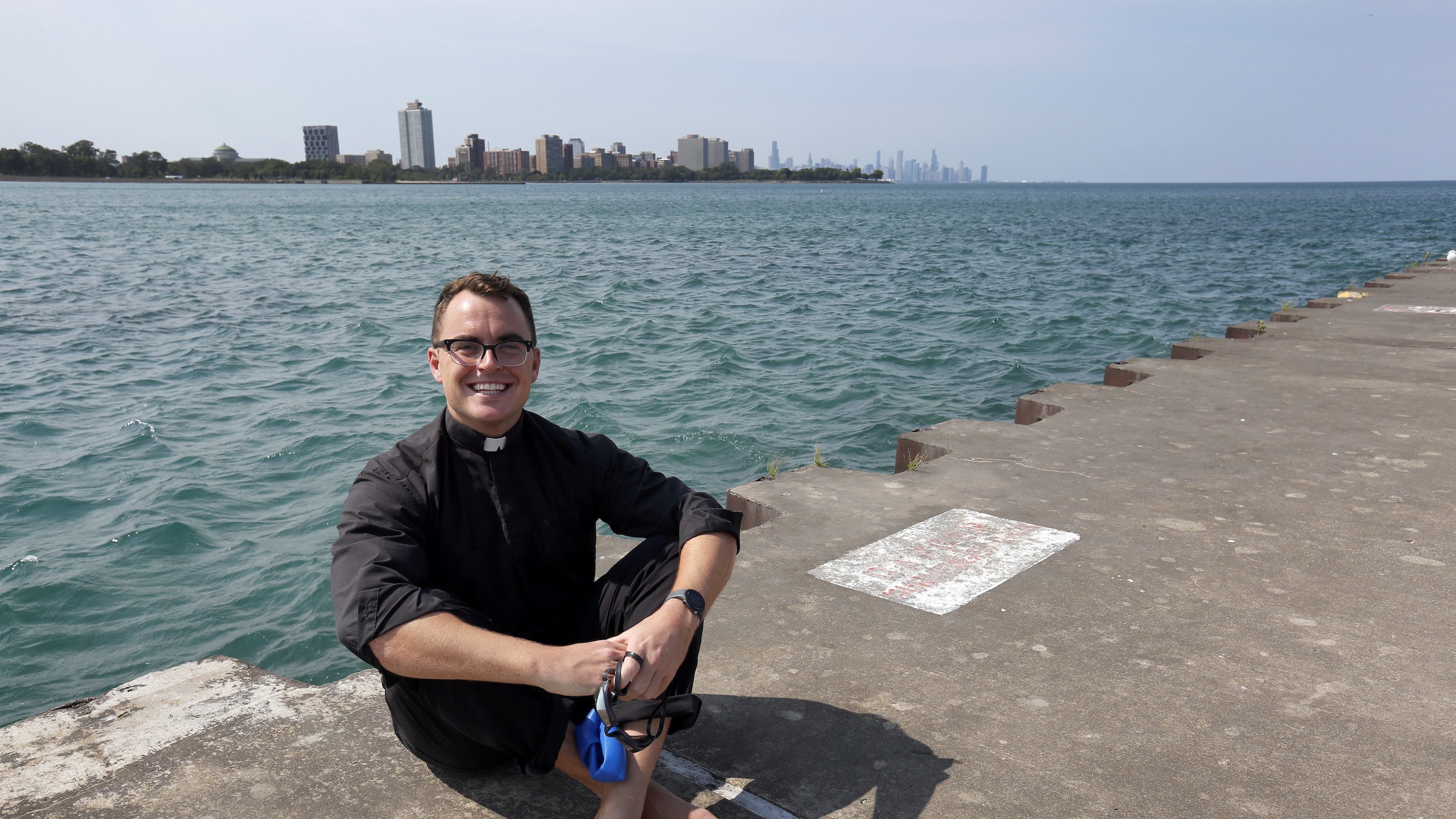 On Aug. 18, he swam eight miles in Lake Michigan, starting near Loyola University Chicago and finishing at the Navy Pier to celebrate the founding of the Cristo Rey school and attempt to raise at least $25,000 for it.

The Chicago school was the first school in what has become the national Cristo Rey Network. The schools operate on a unique model where students receive a college-preparatory education and spend five eight-hour days a month working at local corporations gaining valuable work experience and earning about 60% of their tuition.

Brother Wooters, 34, has served on the school's board for six years. The day before his swim, he had raised over $27,000 for the school.

He started swimming when he was 5 and competed on swim teams until he entered college. He took up swimming again during the pandemic.

In May, he got the idea to do a long swim to raise money for Cristo Rey's anniversary.

"I pitched this idea to (the school) and they thought I was nuts," Brother Wooters said.

He said he liked that his swim route "models the pipeline of success for Cristo Rey grads from higher ed to downtown -- from Loyola to Navy Pier.”

He also deliberately set his course at a length of which qualifies as a marathon for swimming.

Principal Lucas Schroder confirmed that he questioned Brother Wooters' sanity upon learning of his plan.

"I thought he was crazy, but it didn't shock me, let's put it that way," Schroder joked. "I said, 'Well, at least that makes sense for him, but I still think he's nuts.'”

He said the Jesuit brother has been an asset to the school in his role on the board.

"It's really incredible to us that he's willing to do this for us," Schroder told the Chicago Catholic, archdiocesan newspaper.

Brother Wooters trained by swimming in the lake four times a week for about two hours at a time. He expected it to take between four and five hours to swim the eight miles accompanied by a boat.

The brother is a native of Washington, D.C., and moved to Chicago in July. Trained as a therapist and having worked with migrant communities for many years, he now serves as a vocations promoter for the Midwest Jesuits.

"God can use everything. When I joined the Jesuits, I never thought swimming would be part of my life again," he said.

Describing the school, he said that in today's world where companies are seeking to diversify their staff, the students are assets to the places they work.

"The students have value. They're not just the recipients of charity," Brother Wooters said. "Their experience is incredible and different from yours and mine.”