May They Rest in Peace: Sr. Marcine Klemm, OP

Sr. Marcine Klemm, OP, baptized Jeannine Therese Klemm, died on Tuesday, March 22, 2022, at the Dominican Life Center in Adrian. She was 92 years of age and in the 74th year of her religious profession in the Adrian Dominican Congregation. 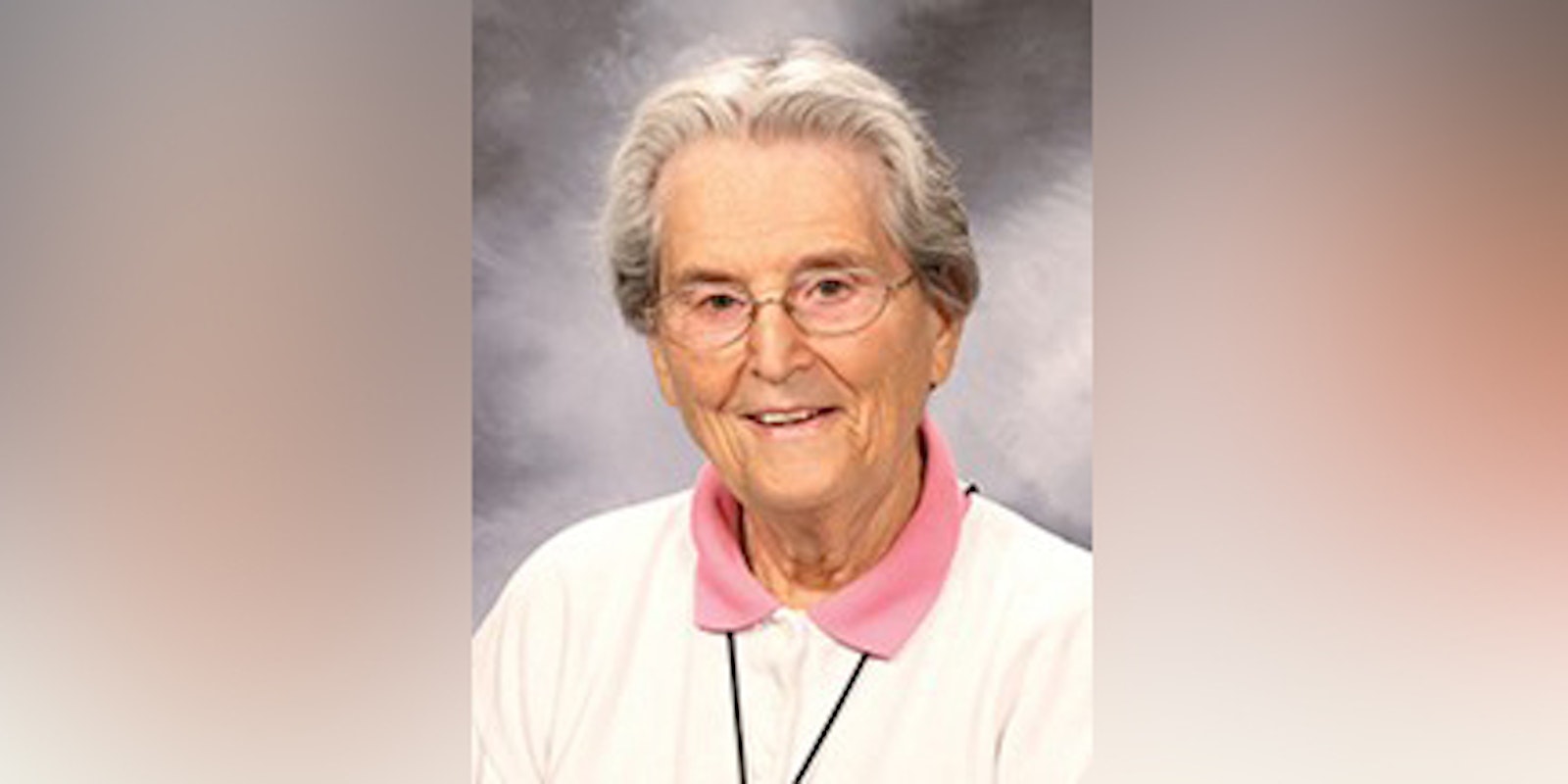 Sister spent over 23 years ministering in education in Detroit, Ypsilanti and Madison Heights, Michigan; Bronxville, New York; Guayama, Puerto Rico; and San Fernando, Philippines. During her four years in the Philippines, she assisted in the initial formation of the Dominican Sisters of Our Lady of Remedies.

She also ministered at three Congregation institutions: 14 years at Siena Heights University in Adrian, two years at Hoban Dominican High School in Cleveland, Ohio, and one year at Barry University, Miami Shores, Florida. In addition, she served 11 years in Congregation leadership positions, including three years as Co-Provincial of Immaculate Conception Province, two years as Chapter Prioress of the South East Adrian Chapter (SEAC), and six years as Chapter Prioress of the Great Lakes Chapter. She served five years as an administrative assistant at the Mexican American Cultural Center in San Antonio, Texas. She volunteered for many years at the St. Mary Food Pantry & Dire Needs in Adrian. Sister became a resident of the Dominican Life Center in 2010.

Due to COVID-19 mitigation protocols, the Dominican Life Center is closed to all guests or visitors unless granted individual pre-approval. All are welcome to participate in Sister’s wake and funeral via live stream at http://www.adriandominicans.org/LiveStream.aspx

The Vigil Prayer will be held at 7:00 pm Wednesday, March 30, 2022, in St. Catherine Chapel. A Funeral Mass will be offered in St. Catherine Chapel at 10:30 am Thursday, March 31, 2022. Prayers of Committal will be held at a later date in the Congregation Cemetery. Memorial gifts may be made to Adrian Dominican Sisters, 1257 East Siena Heights Drive, Adrian, MI, 49221.