'The Chair' tells history of Detroit through lens of the Church's bishops, cathedral 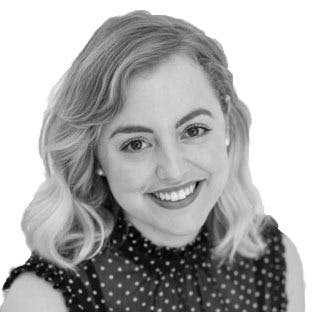 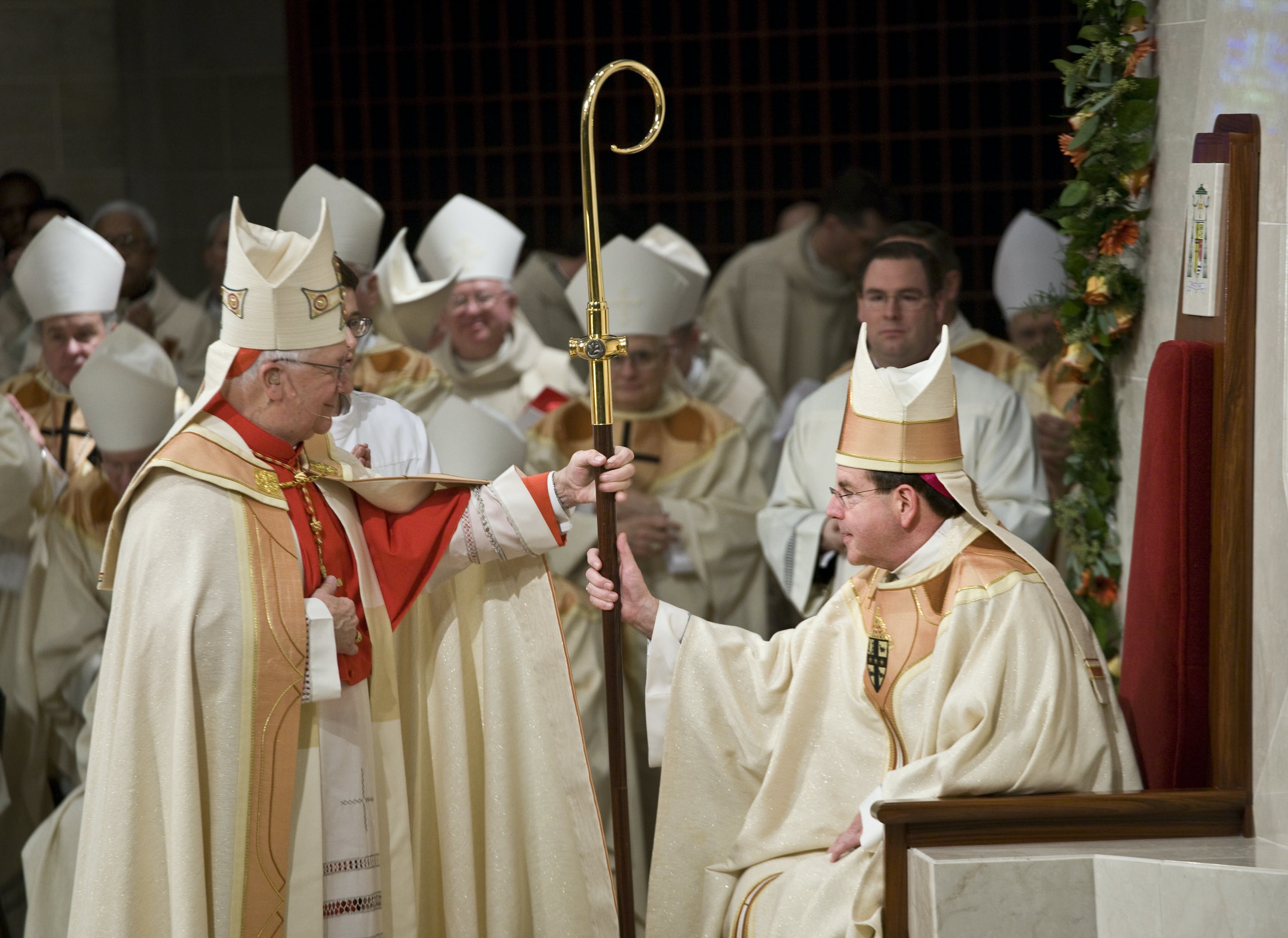 Cardinal Adam J. Maida hands Archbishop Allen H. Vigneron his crosier during Archbishop Vigneron's installation Mass on Jan. 28, 2009, at the Cathedral of the Most Blessed Sacrament in Detroit. A new documentary series, "The Chair," produced by DeSales Media, showcases the history of dioceses across the United States through the stories of its bishops and cathedrals. (Larry A. Peplin | Detroit Catholic file photo)

DETROIT — Bishops are successors of the apostles tasked with overseeing the Church's threefold mission of sanctifying, teaching and governing the people of God.

Archbishop Allen H. Vigneron’s apostolate has been highlighted in a recent episode of "The Chair," a series dedicated to exploring the history of the Catholic Church in America through its cathedrals, the chairs that reside in each one, and the bishop who sits in the chair as a living representative of the unbroken tradition of the Church over two thousand years.

In a 22-minute episode set in Detroit, historians and experts, along with Archbishop Vigneron and Fr. J.J. Mech, rector of the Cathedral of the Most Blessed Sacrament, explore the role of the Catholic Church in Detroit and the bishops and archbishops who have been at its helm.

The series is produced by DeSales Media with 85 available episodes, spanning 10 seasons. The Detroit episode is part of the eighth season focused on the Midwest.

The narrator acknowledges Detroit's status as a long leader in industry, music and architecture while also being the see city of the Archdiocese of Detroit. 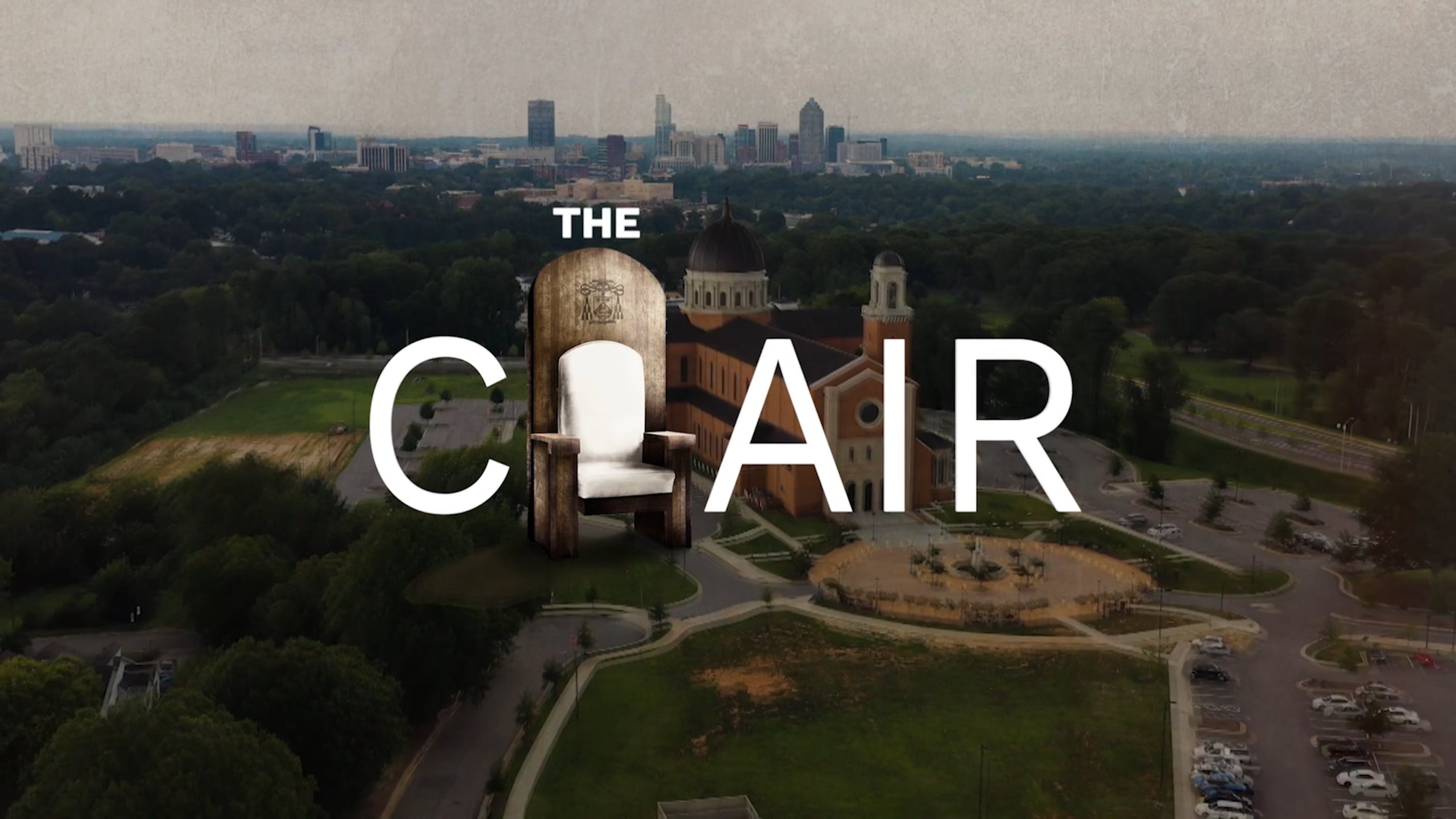 A 22-minute episode of "The Chair," a documentary produced by DeSales Media, features the history of the Archdiocese of Detroit from Fr. Gabriel Richard and Blessed Solanus Casey to Detroit's current archbishop, Allen H. Vigneron. (Screengrab via DeSales Media)

Archbishop Vigneron, born in 1948 as the eldest of six kids, states in a sit-down interview for the documentary that the Motor City is different today than how it was when he was a boy.

“We’ve come by and large to be at peace that it is different,” Archbishop Vigneron said. “God will help us with that. I think that’s what we are about; we have gotten to a point where we are not preoccupied with mourning the past, but involved in trying to build a future.”

This is as much true for civic life as it is for the life of the Church, the archbishop says. The episode explores how the history of Detroit is intertwined with the Church, starting with the establishment of the Church (later Basilica) of Ste. Anne in 1701 — the year of the establishment of the city of Detroit — making it the second-longest continuously operating parish in the United States.

The historians trace the role of the missionaries and bishops of Detroit, from Fr. Gabriel Richard and Blessed Solanus Casey to Detroit’s first archbishop, Edward Mooney. This line continues with Archbishop Vigneron today, who has made his focus the new evangelization.

“If we are going to be this Church on mission, the basic cell of the life of the Church is the family. So we are devoting a lot of resources to helping families do that,” Archbishop Vigneron said. “People want to be happy in their families.” 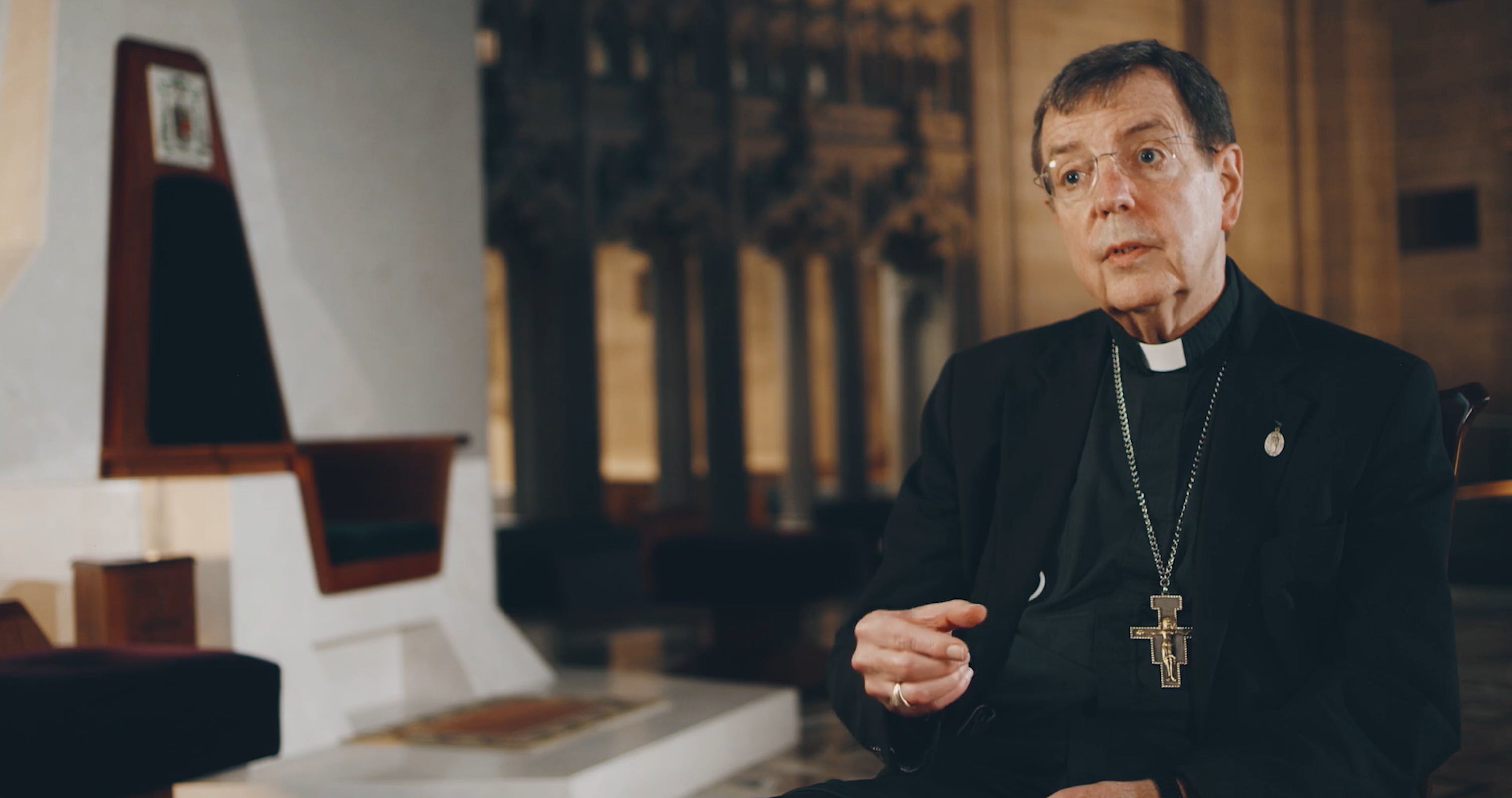 Archbishop Allen H. Vigneron is pictured in a scene from "The Chair," with his cathedra behind him at the Cathedral of the Most Blessed Sacrament. (Screengrab via DeSales Media)

With this stature, though, came immense responsibility, Rzeznik explained. Since Fr. Richard, the burden of the leader of the Catholic Church in Detroit has been great. The bishops have overseen situations ranging from financial crises and depressions, war, industry booms and then slowdowns, as well as the local impact of changes in the Church such as the Second Vatican Council.

However, despite all of this, the episode captures the resiliency of the Archdiocese of Detroit and the city of Detroit — a city and people that continuously hopes for better things and rises from the ashes.

The Chair: Detroit, Michigan, produced by DeSales Media, is available to watch for free at https://thechair.com. 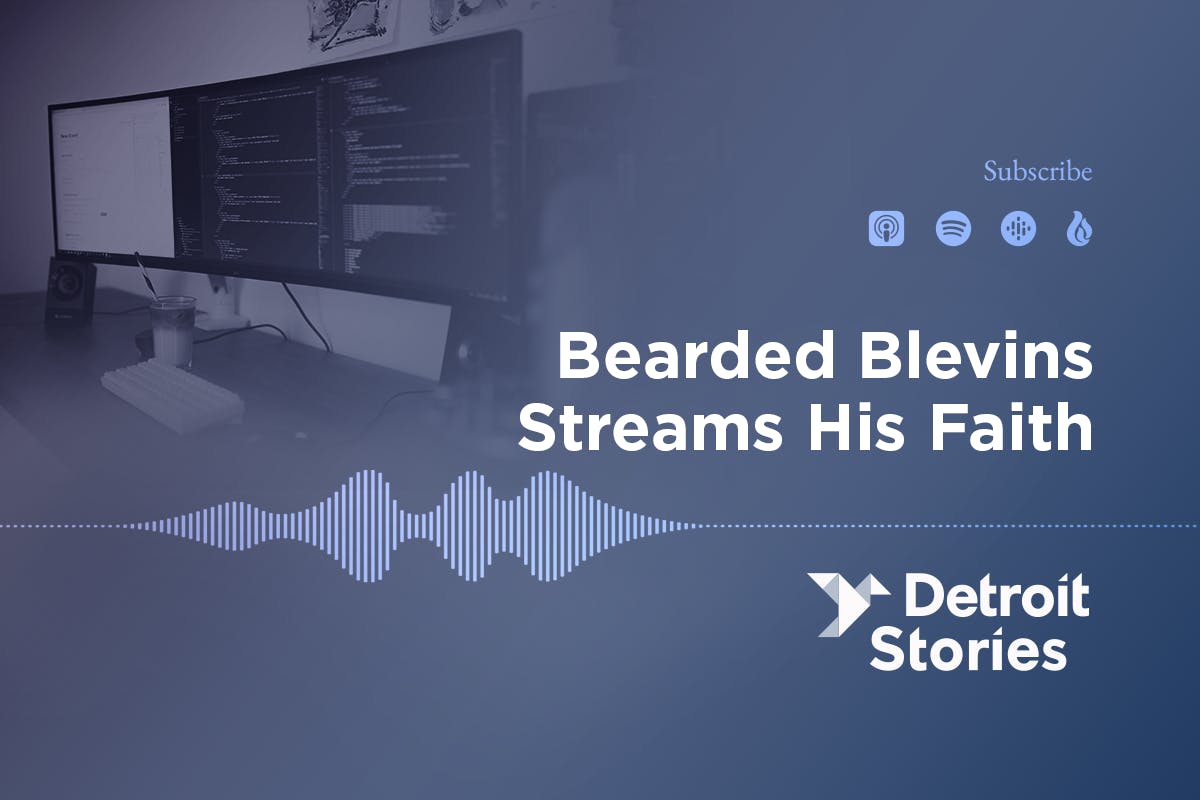 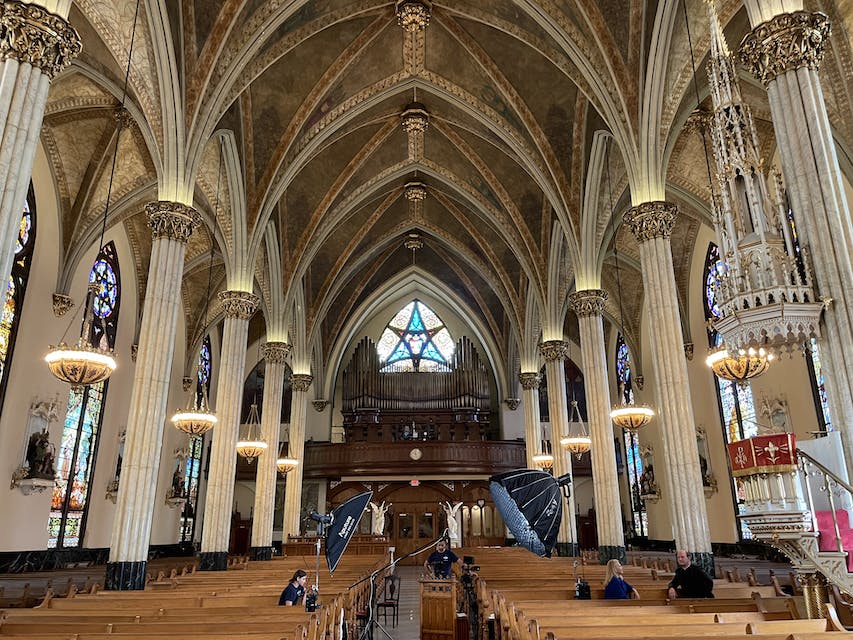 Highly anticipated documentary 'Detroit: The City of Churches' to debut this week
Culture and Media Bishops