Archbishop: With Proposal 3's passage, 'we grieve for the lives who will be lost' 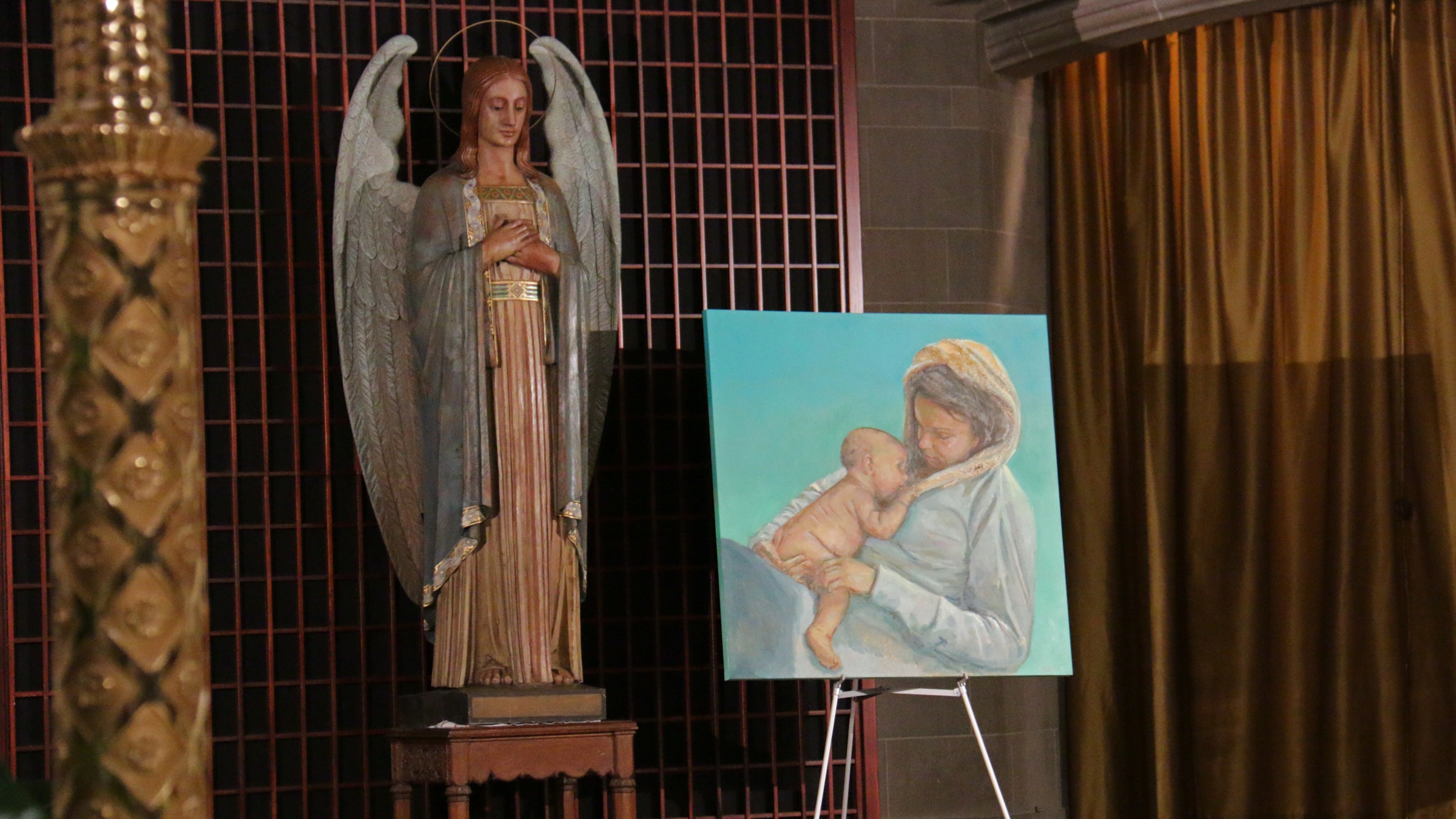 A painting depicting a mother holding her child is seen during a Mass for the Protection of the Unborn at the Cathedral of the Most Blessed Sacrament in Detroit in 2020. With a majority of Michigan voters approving Proposal 3, Archbishop Vigneron said the Church must redouble her efforts to help mothers who "face the harmful lie that the death of their children is a solution to their struggles." (Detroit Catholic file photo)

DETROIT — In a letter to the faithful, Archbishop Allen H. Vigneron said he grieved with those who have spent months praying, fasting and advocating against Proposal 3 for the "millions of lives" that are now at stake because of the proposal's passage.

The proposal, which opponents warned would enshrine "unlimited, unregulated abortion" in Michigan's constitution and wipe out dozens of pro-life laws, was approved by 56% of voters in the state's midterm elections Nov. 8.

"As people of faith who witness to the Good News of Jesus Christ and His teachings, we are deeply saddened by this grave assault on the dignity and sanctity of unborn, innocent human life," Archbishop Vigneron said. "We grieve for the many women who will continue to be harmed by abortion in our state. And most importantly, we grieve for the lives who will be lost because of this unjust and perverse law."

Catholics and pro-life advocates worked tirelessly in the weeks and months leading up to the election to educate voters about the dangers of the proposal's vague wording, which now leaves Michigan with the most permissive abortion laws in the country.

Opponents have warned Proposal 3 would scrap common-sense restrictions on the procedure, including parental notification laws, safety regulations for abortion clinics, bans on late-term and partial-birth abortion, and conscience protections for doctors and nurses who refuse to perform abortions.

"Over the last several months, advocates for life across the Archdiocese of Detroit and the entire state of Michigan worked tirelessly to spread the truth about Proposal 3, imploring voters to make an informed decision at the ballot box," Archbishop Vigneron said. "They have been clear about the devastating impact of the vague and broad language of Proposal 3, invalidating dozens of laws and safety regulations."

Archbishop Vigneron offered his "deepfelt gratitude to all who prayed, spread awareness, voted and otherwise worked against this proposal; and I share in their sorrow at the outcome."

With abortion now legal "at an unprecedented level" in Michigan, the archbishop called for two weeks of "penance, giving alms, praying and fasting" from Nov. 27 to Dec. 9, the beginning of Advent, "to make reparations for the great sin of abortion in our midst."

"We must pray and ask God for his mercy upon us for allowing this evil to happen in our state," Archbishop Vigneron said.

Despite the failure to defeat Proposal 3, the mission of the Church to accompany women and families in need continues "with greater resolve than ever," the archbishop said.

"This work is more critical now, as the unborn have been stripped of their basic right to life and their mothers face the harmful lie that the death of their children is a solution to their struggles," Archbishop Vigneron said. "In response to the passing of Proposal 3, we must step forward with no judgment, open arms, and effective resources to help women reject the 'solution' of death and empower them to choose life for their children."

Parishioners can do this by participating in the Walking with Moms in Need ministry at their parish, which helps identify and create local resources to aid and accompany struggling mothers, or by volunteering at their local pregnancy aid center or other pro-life efforts, the archbishop said.

Many of these efforts are coordinated by Catholic Charities of Southeast Michigan and the archdiocese's Department of Missionary Discipleship, the archbishop added.

"For more information and to get involved in these ministries, visit aod.org/walking-with-moms-in-need and evangelicalcharity.org," he said.

Acknowledging the difficult setback, Archbishop Vigneron reminded the faithful that while evil may appear to triumph, Christ has already won the ultimate victory.

"We will continue our efforts to build a culture of life in which abortion is unthinkable, all families receive the support they need, and the dignity of all people is recognized," the archbishop said. "We do this with confidence in the ultimate victory of Christ, whose resurrection to life has defeated the powers of death.

"St. Gianna Molla, the patroness of mothers, physicians, and unborn children, pray for us," he added. "Our Lady of Guadalupe, who carried the Savior in her womb, pray for us."