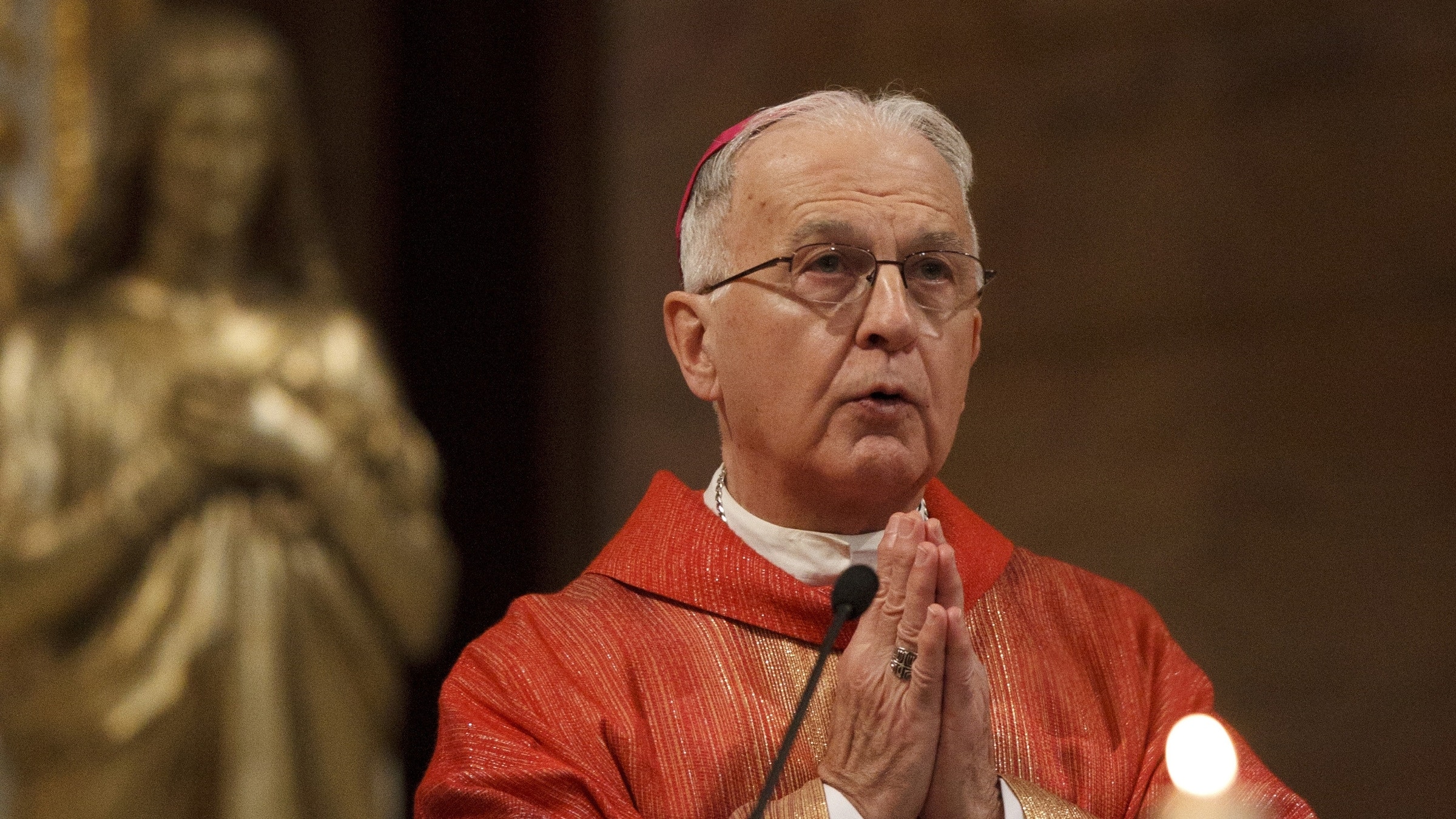 Detroit native, who led northern Indiana diocese for 22 years, was 'a true shepherd who loved his flock,' Bishop McClory says

Current Gary Bishop Robert J. McClory said Bishop Melczek, who led the Gary diocese from 1992 to 2014, had suffered a stroke earlier in the week.

“Bishop Melczek was a true shepherd who loved his flock in the Diocese of Gary,” said Bishop McClory, another Detroit native. “He was a tireless servant and a compassionate pastor. We have been blessed tremendously to have such a hopeful and caring leader.

“Until his last days, Bishop Melczek was still looking forward for new ways to share the love of Jesus in Northwest Indiana,” he added. “We now entrust him to the love of Jesus so that he may be drawn forward into the Lord’s eternal embrace.”

The Mass of Christian Burial will begin at 10:30 a.m. at the cathedral, followed by a light luncheon. All liturgies are open to the public and will also be livestreamed on the diocesan YouTube channel.

Detroit Archbishop Allen H. Vigneron said Bishop Melczek, who spent more than 50 years in the Archdiocese of Detroit, was a "beloved friend and brother, father and pastor for us here in his native archdiocese."

"We join with the people of Gary in mourning the loss of one we loved and in commending him to the Lord Jesus in whom he placed all his hope," Archbishop Vigneron said. "I invite all of us to make our own the 'Collect' for a Bishop’s funeral: Grant, we pray, almighty God, that the soul of your departed Bishop Dale, to whom you committed the care of your family, may, with the manifold fruit of his labors, enter into the eternal gladness of his Lord. May he rest in peace."

Bishop Melczek was born in Detroit on Nov. 9, 1938, to Aloysius and Geraldine Melczek, the oldest of three children. He studied at St. Mary's College in Orchard Lake and St. John's Provincial Seminary in Plymouth before being ordained to the priesthood for the Archdiocese of Detroit on June 6, 1964. Later, he earned a master's degree in education from the University of Detroit, specializing in guidance and counseling, and was certified as a teacher in the state of Michigan.

Then-Fr. Melczek served as associate pastor (1964-70) and later co-pastor of St. Sylvester Parish in Warren (1970-72), and as pastor of St. Christine Parish in Detroit (1972-75) until he was asked to serve as assistant vicar for parishes. From 1977-81, he served as priest secretary to Detroit Cardinal John F. Dearden and later Cardinal Edmund C. Szoka. He also served on the archdiocesan College of Consultors.

On Dec. 3, 1982, Pope St. John Paul II appointed him an auxiliary bishop of Detroit, and Cardinal Edmund C. Szoka ordained him to the episcopate on Jan. 27, 1983, at the Cathedral of the Most Blessed Sacrament.

Bishop Melczek served as episcopal vicar to the archdiocese's Northwest Region, where he had responsibility for 80 parishes, schools and Catholic organizations. A highlight of Bishop Melczek’s time as a Detroit auxiliary bishop included leading a committee organizing a papal visit from Pope St. John Paul II to Detroit in 1987.

On Aug. 19, 1992, the pope appointed Bishop Melczek as the third shepherd of the Diocese of Gary, Ind.

According to the Diocese of Gary, Bishop Melczek was "well known for his tireless advocacy of Catholic schools," founding the Catholic Foundation for Northwest Indiana and establishing endowments for Gary's three Catholic high schools.

He also served as a member of the Joint Committee of Roman Catholic and Orthodox Bishops, and as liaison to the National Association of Catholic Chaplains from 2002-07.

In 1996, Bishop Melczek was elected to the Board of Directors for Catholic Relief Services, a role in which he traveled frequently on pastoral visits to countries hard hit by wars, economic strife, political unrest and humanitarian crises. He visited the Philippines, Myanmar, Cambodia, Indonesia, East Timor, Congo, Angola and Tanzania.

Back home, Bishop Melczek was known for his pastoral approach to the marginalized, a priority he outlined with his first pastoral letter in 2002, “The Many Faces of Our Church: A Pastoral Letter on Cultural Diversity,” and a subsequent letter the following year addressing the sin of racism, titled “Created in God’s Image: A Pastoral Letter on the Sin of Racism and a Call to Conversion.”

Both letters were discussed in parish-based small groups, which led to listening sessions with diocesan leadership and a Rite of Atonement at the diocesan cathedral.

Since Bishop Melczek’s retirement in November 2014, he has continued to serve the Diocese of Gary, including as administrator of St. Mary of the Lake Parish in Gary.