A year of starting over: Recapping Detroit Catholic's top 10 stories of 2021 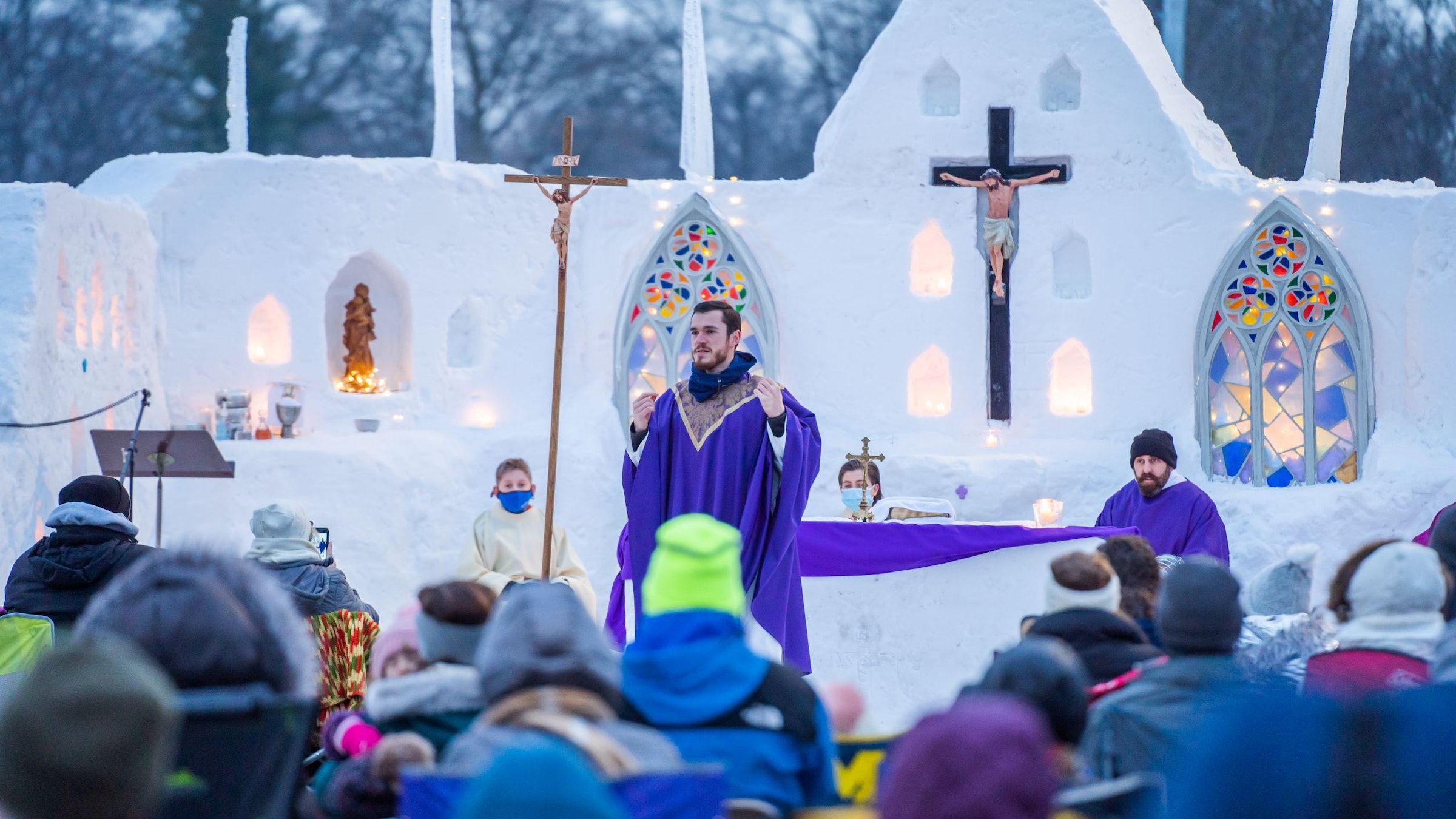 Fr. David Pellican, associate pastor of Divine Child Parish in Dearborn, celebrates Mass on Feb. 21 in a makeshift snow chapel constructed by students and parishioners after a historic snowfall. Fr. Pellican said the chapel took a week to construct, with students doing the heavy lifting and parishioners donating items such as statuary and candles for a special outdoor liturgy. (Valaurian Waller | Detroit Catholic)

DETROIT — On a global and a local scale, the past year has been one of ups and downs.

On the upside, 2021 represented a chance for a world weary from the worst pandemic in 100 years to slowly pick up the pieces and begin to move forward.

While COVID-19 remains a dominant presence in our community, the past year has seen Catholics of all stripes at their best — helping neighbors, praying for one another, and looking to the future in hope — despite the challenges.

The year hasn’t been without its tragedies, as thousands continue to suffer from the health and economic effects of the virus, and individuals and communities band together to battle through difficult days.

While the past year in some ways has been a chance for a new beginning in the Archdiocese of Detroit, it’s also been a year of personal triumphs and stories of redemption. New initiatives to help the community, as well as individuals and families who’ve risen above heartbreak, have given inspiration to thousands as Metro Detroit looks to 2022 with a sense of renewed hope in the promise of Jesus Christ.

Here are our choices for the top 10 Detroit Catholic stories of 2021. 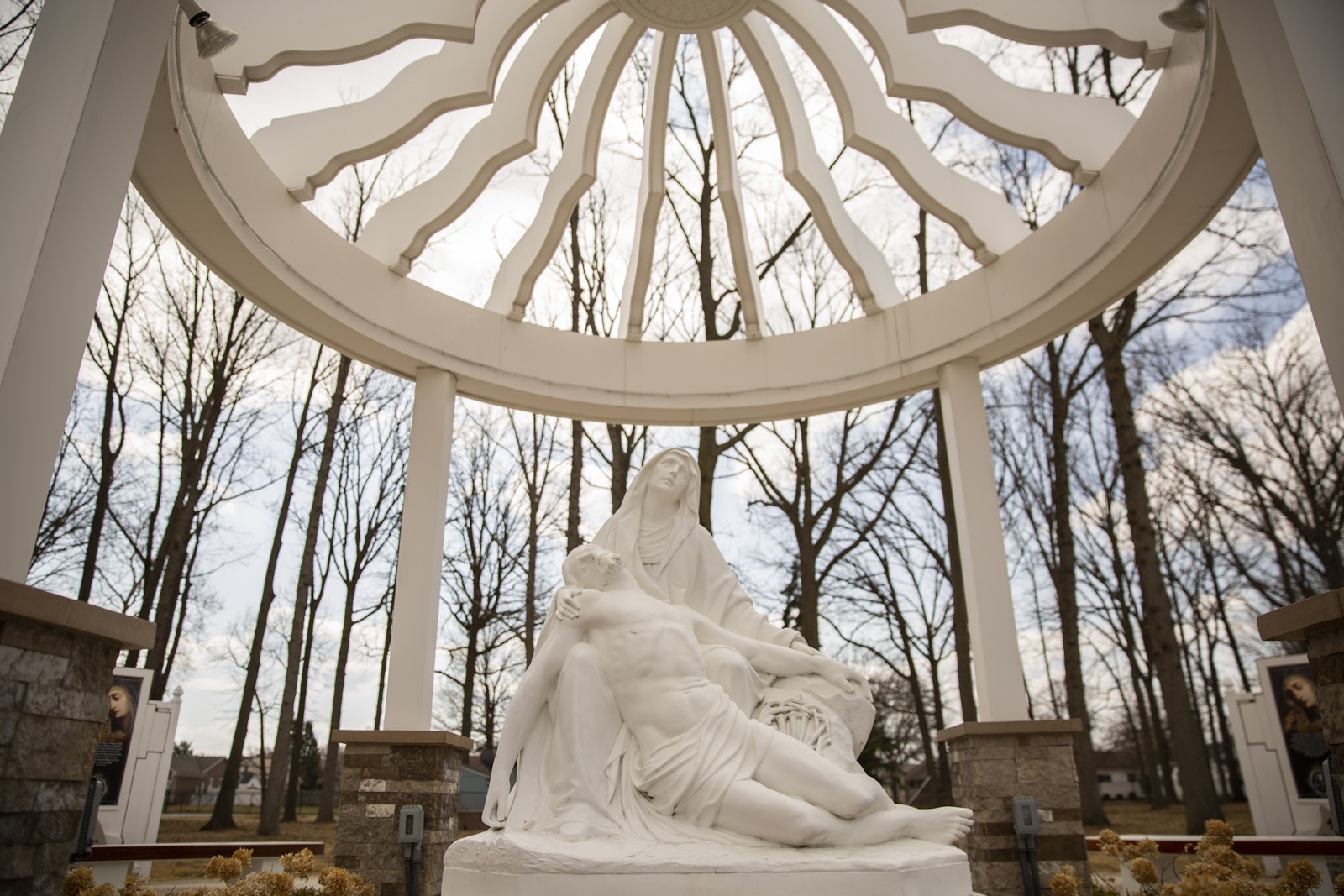 Emphasizing both the immense need for Jesus’ healing mercy in the community and an existing spiritual reality, Archbishop Allen H. Vigneron named the Divine Mercy Center in Clinton Township an archdiocesan shrine on March 26 — the fourth such shrine encompassing an entire campus in the Archdiocese of Detroit.

The archbishop celebrated a dedication Mass at the new Shrine of Jesus the Divine Mercy on April 11, offering a plenary indulgence to those who faithfully visit on certain days of the year.

“With its designation as an archdiocesan shrine, we recognize that the Shrine of Jesus The Divine Mercy will continue its service as a sacred place of pilgrimage, a font of tremendous grace and aid for many of Christ’s faithful, and a welcoming reflection of God’s enduring mercy to all souls,” Archbishop Vigneron said.

9. ‘Us vs. them’ mentality threatens civility in news, social media, archbishop writes 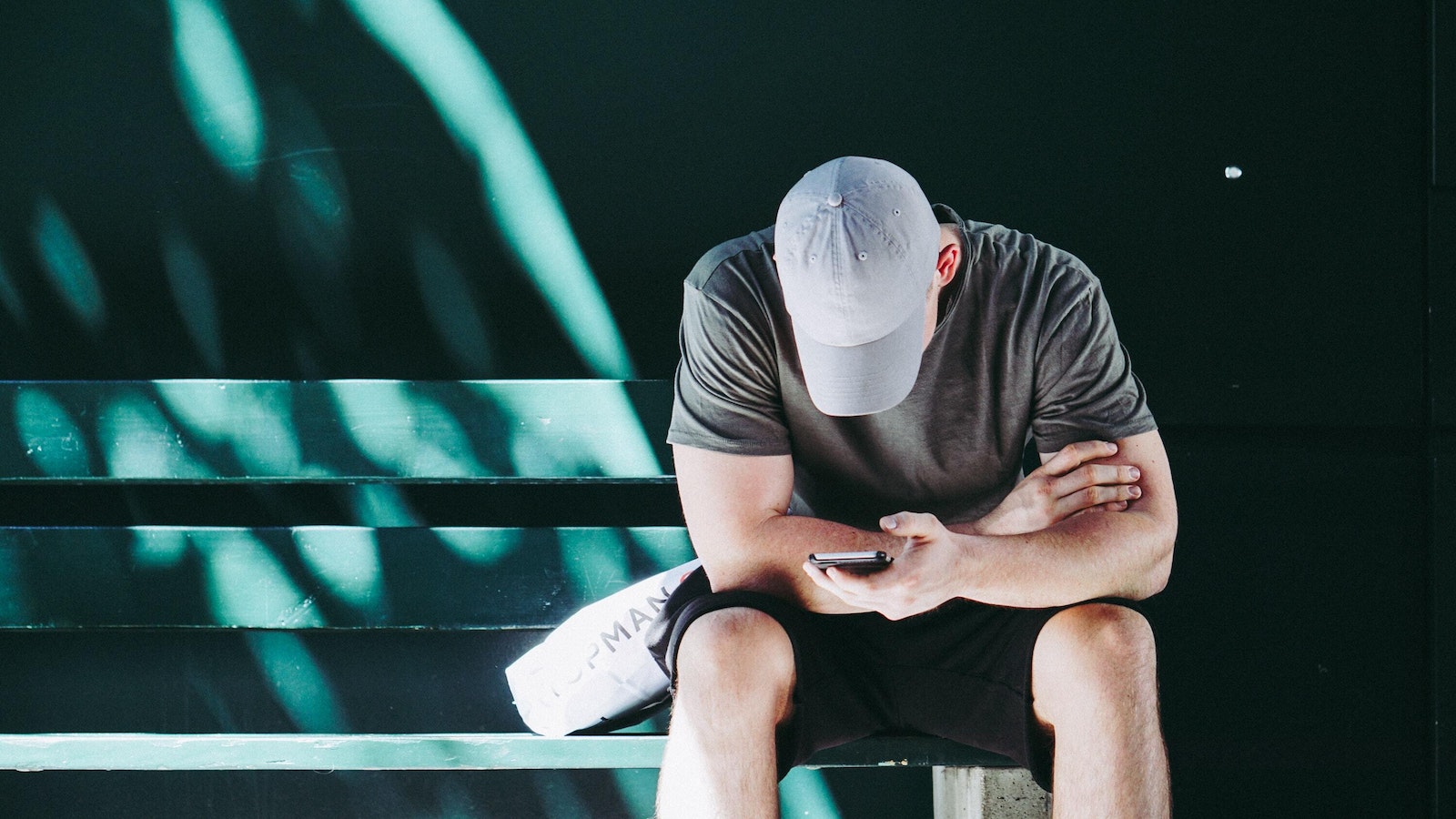 The eighth in a series of teaching documents, Archbishop Vigneron’s pastoral note on the use of media launched a national conversation on the role of civility, love and understanding in the digital sphere. “The Beauty of Truth: A Pastoral Note on Communicating Love and Truth in the Digital Age” was released June 10 and garnered attention nationwide for its pastoral approach to often-contentious online dialogue.

The archbishop — who also celebrated his 25th episcopal jubilee in 2021 — implored Catholics and all people of good will to avoid the temptation toward destructive behaviors online, instead seeking common understanding and speaking truths in love. Concluding the letter, Archbishop Vigneron offered five tips for discerning and consuming media in a Christ-like fashion. 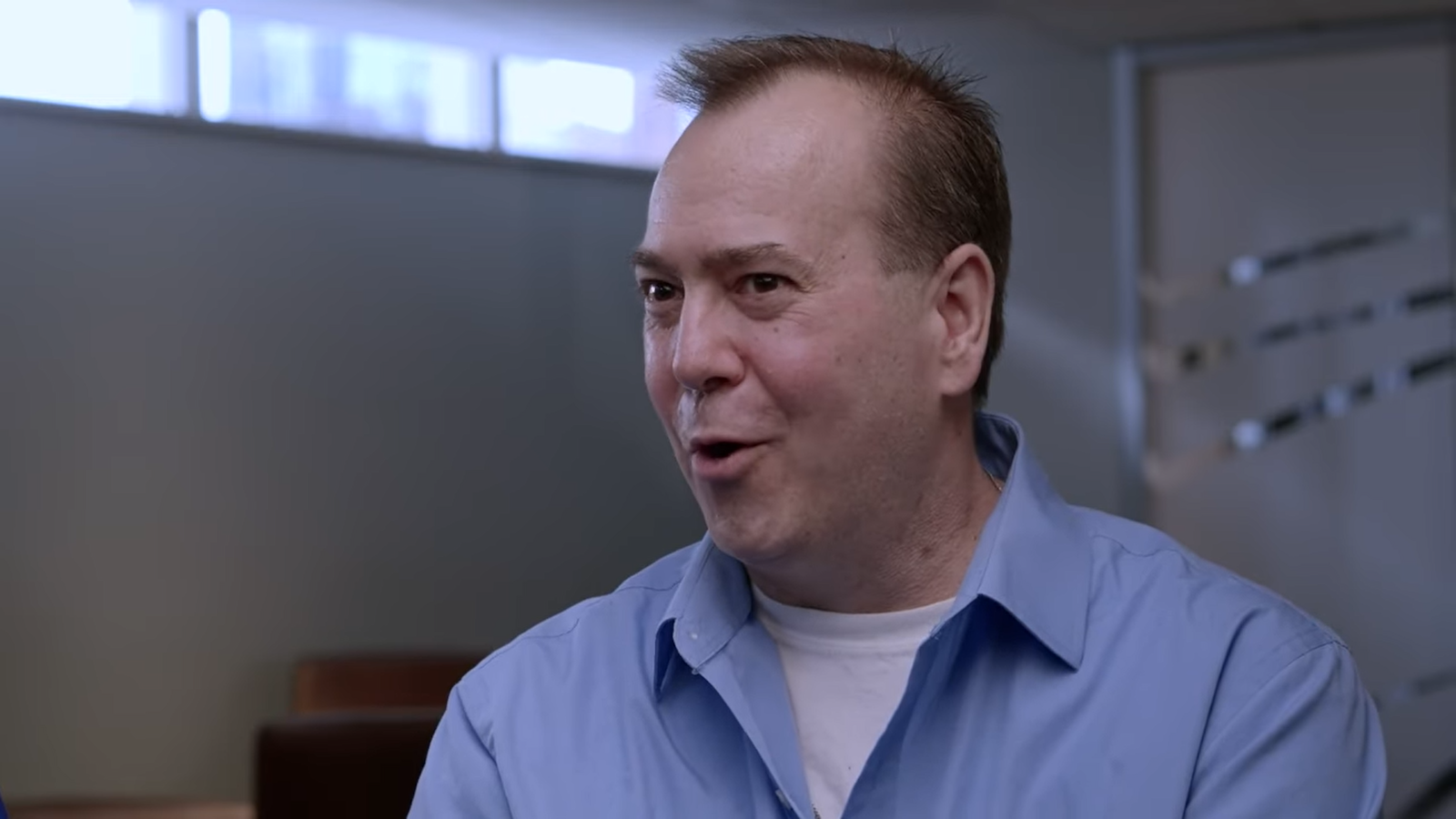 For the second year in a row, Blessed Solanus Casey makes our top 10 list for his continued intercession on behalf of Metro Detroiters suffering with COVID-19. Two separate stories — one in June, the other in November — detailed the Detroit saint’s reported miraculous intervention on behalf of individuals whose cases doctors feared would not lend themselves to recovery.

Dan Gormley’s harrowing story of surviving the coronavirus after 75 days — including 49 in the hospital — with Blessed Solanus’ help was mirrored when Nolan Ostrowski, a Lansing father of three, told of being visited by the Capuchin saint in his hospital room on Blessed Solanus' feast day, a precursor to Ostrowski's own unlikely recovery.

As both men testify, the porter of St. Bonaventure continues to be a powerful intercessor for Michiganders in need of God’s healing and mercy.

7. A stranger and you welcomed me: Center for Works of Mercy dispenses Christ’s love 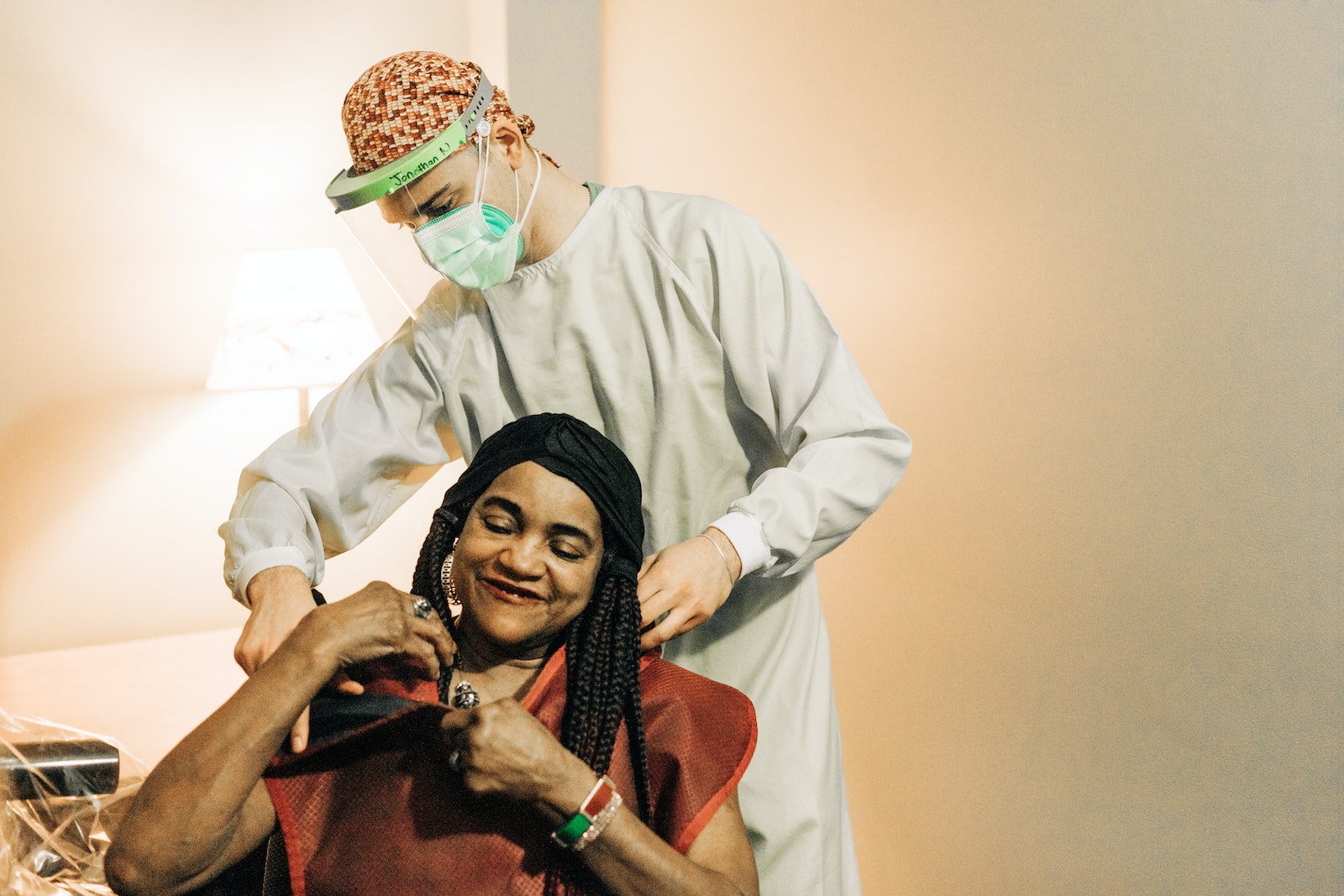 Continuing the theme of mercy, Catholic Charities of Southeast Michigan’s opening of a new one-stop shop for social services in Detroit was a beacon of light for the city’s poor, many of whom have suffered disproportionately from the effects of COVID-19.

The Center for the Works of Mercy, a new outreach hub at 8642 Woodward Avenue in Detroit’s Midtown, is open five days a week and offers food, clothing, dental and medical care, as well as a host of services for those who need a hand up. By partnering with neighborhood and community services such as Alcoholics Anonymous, jail and outreach services and mental health providers, the center hopes to be a place where Christ’s love is made manifest day in and day out.

As its name suggests, the center’s goal is to be Christ’s hands and feet in the community, feeding the hungry, giving drink to the thirsty, clothing the naked and visiting those in prison. 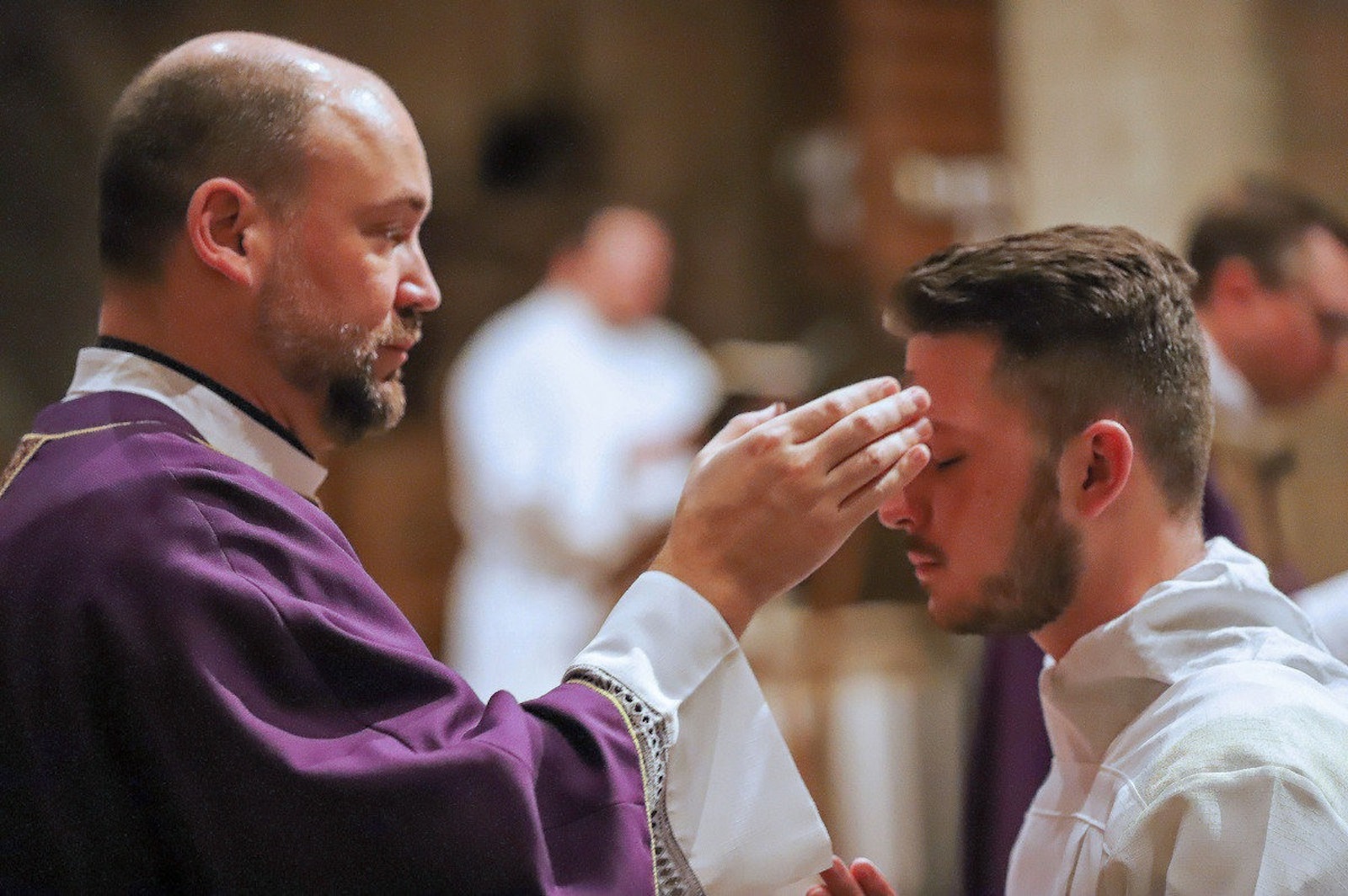 A changing of the guard at Detroit’s Sacred Heart Major Seminary saw the departure of longtime rector Msgr. Todd Lajiness, who became pastor of Our Lady of Good Counsel Parish in Plymouth, in July, and the appointment of former vice rector Fr. Stephen Burr to serve as the 102-year-old institution’s 14th leader.

Both priests, who hold immense respect for one another, spoke of their love and admiration for the seminary’s mission, its community and its commitment to forming priests and lay leaders after the heart of Jesus Christ.

“We need priests,” Fr. Burr told Detroit Catholic. “And not only do we need priests; we need healthy, good, dynamic priests. And this is where we do that, here at Sacred Heart. I want to ensure, through my own ministry and through the priests that I work with here, that we do everything the Lord guides us in our power to do.” 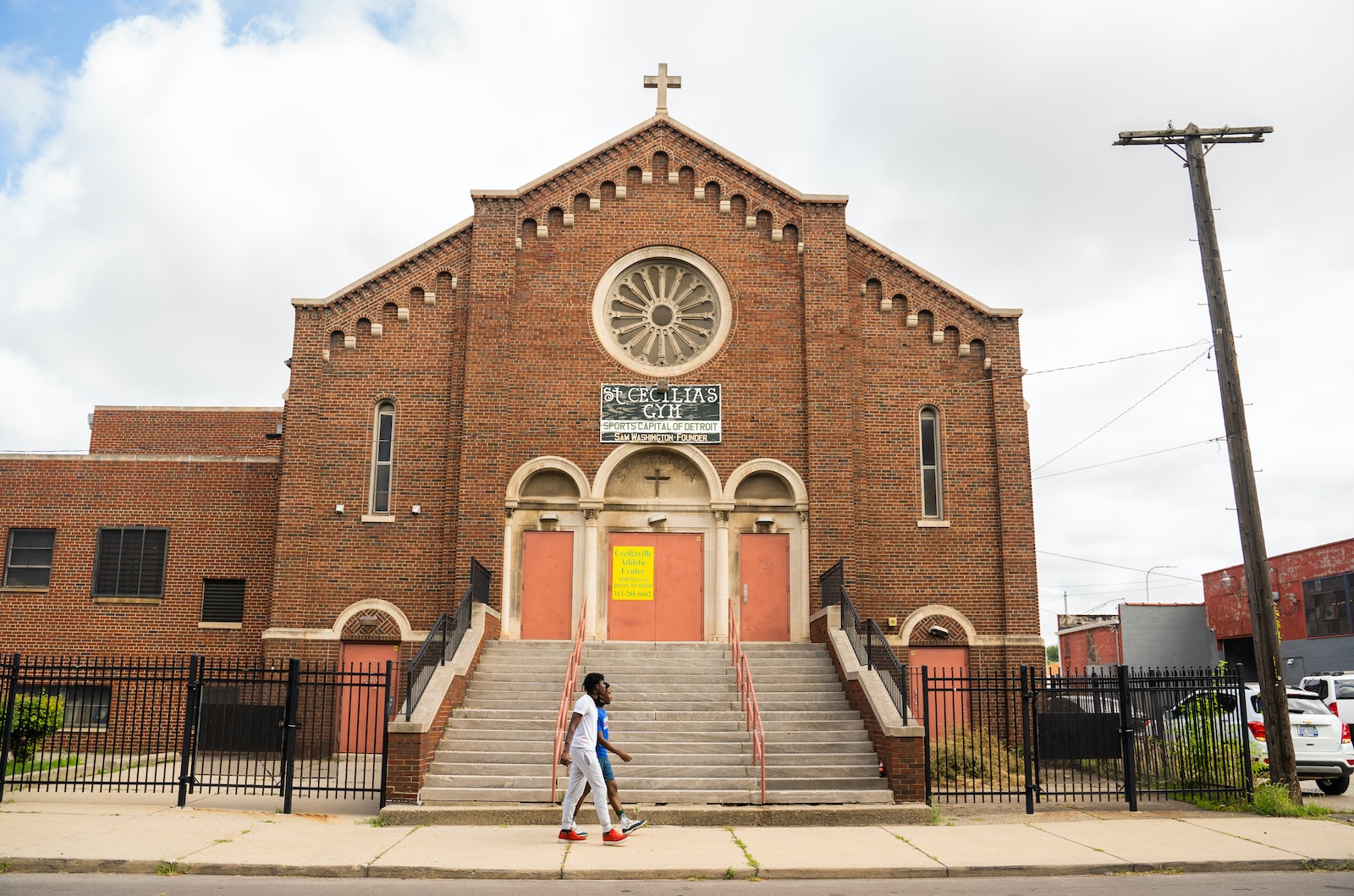 It’s where Magic Johnson, Jalen Rose, Isiah Thomas and others cut their teeth. It’s where NBA dreams started — both for those who ultimately made it, and for those whose dreams remained just childhood dreams.

But one thing is for certain: Ceciliaville's gym was a staple and a safe haven for countless youngsters growing up on Detroit’s west side in the 1960s and ‘70s.

An effort to breathe new life into the historic St. Cecilia Parish gym gained steam in 2021, with the iconic venue reopening to neighborhood kids thanks to a partnership between the Archdiocese of Detroit, city of Detroit and the Detroit Pistons. The relaunched Ceciliaville project will include a community center, mentoring and tutoring services, job training, financial literacy programs and other services in Detroit’s Russell Woods/Nardin Park neighborhood. 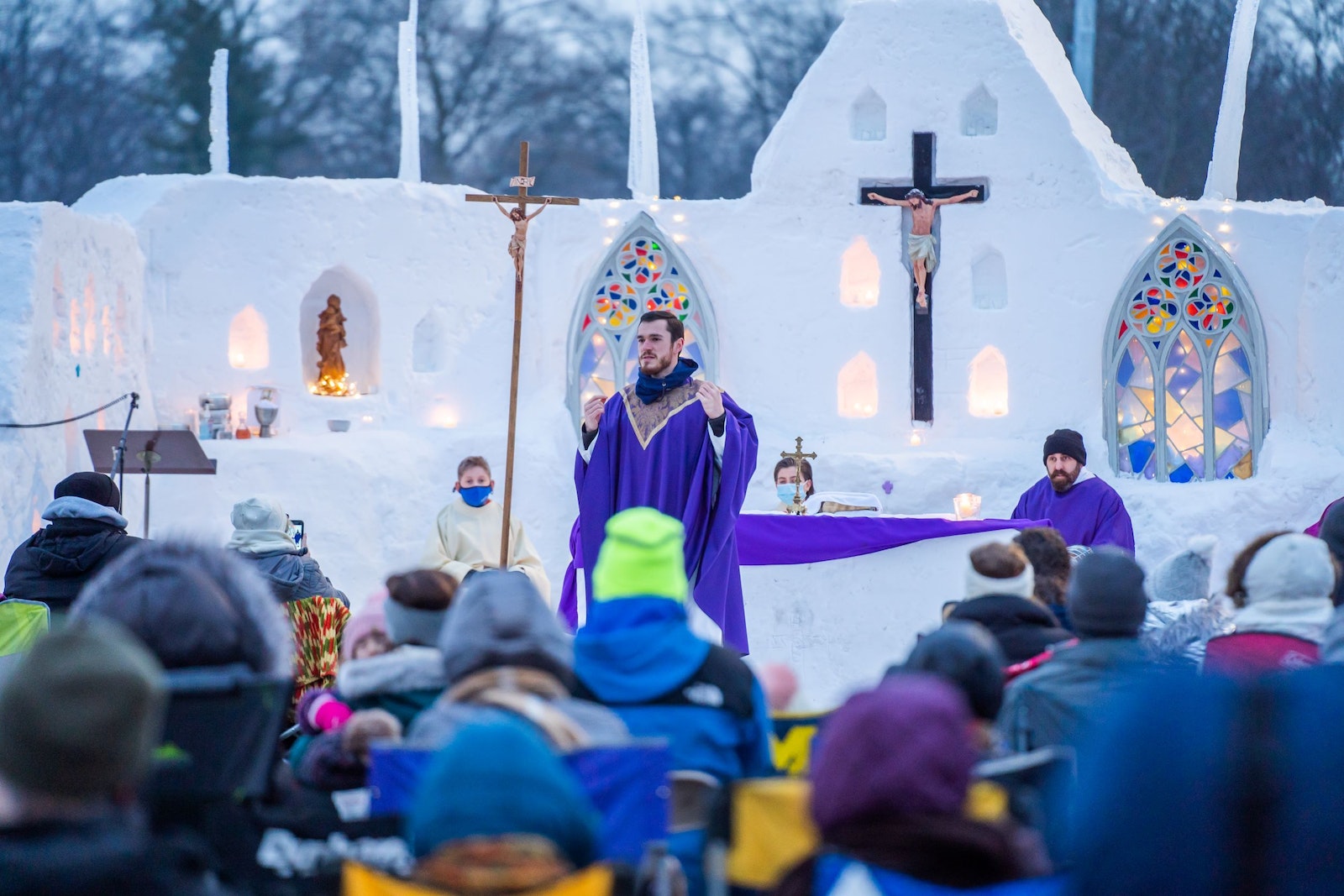 Fr. David Pellican, associate pastor of Divine Child Parish in Dearborn, celebrates Mass on Feb. 21 in a makeshift snow chapel constructed by students and parishioners after a historic snowfall. Fr. Pellican said the chapel took a week to construct, with students doing the heavy lifting and parishioners donating items such as statuary and candles for a special outdoor liturgy. (Valaurian Waller | Detroit Catholic)

If readers will excuse the pun, Divine Child Parish’s February ice chapel might be Detroit Catholic’s coolest story of 2021. After a historic snowfall dumped up to 10 inches on the region Feb. 15, priests and parishioners at the Dearborn parish — still wary of social distancing requirements in the church — seized a unique opportunity.

More than 200 student volunteers, armed with snow shovels and a dream, got to work constructing what some called the parish’s “Chapel of Divine Chill” — complete with an altar, walls and inlets for statuary and stained glass built of powdery white.

A week later, hundreds of parishioners gathered in the single-digit temperatures as Fr. David Pellican celebrated a special Mass that will be frozen in parishioners’ minds forever.

3. As prayers pour in, Oxford rebuilding 'the crumbled edifice of our hearts,' priest says 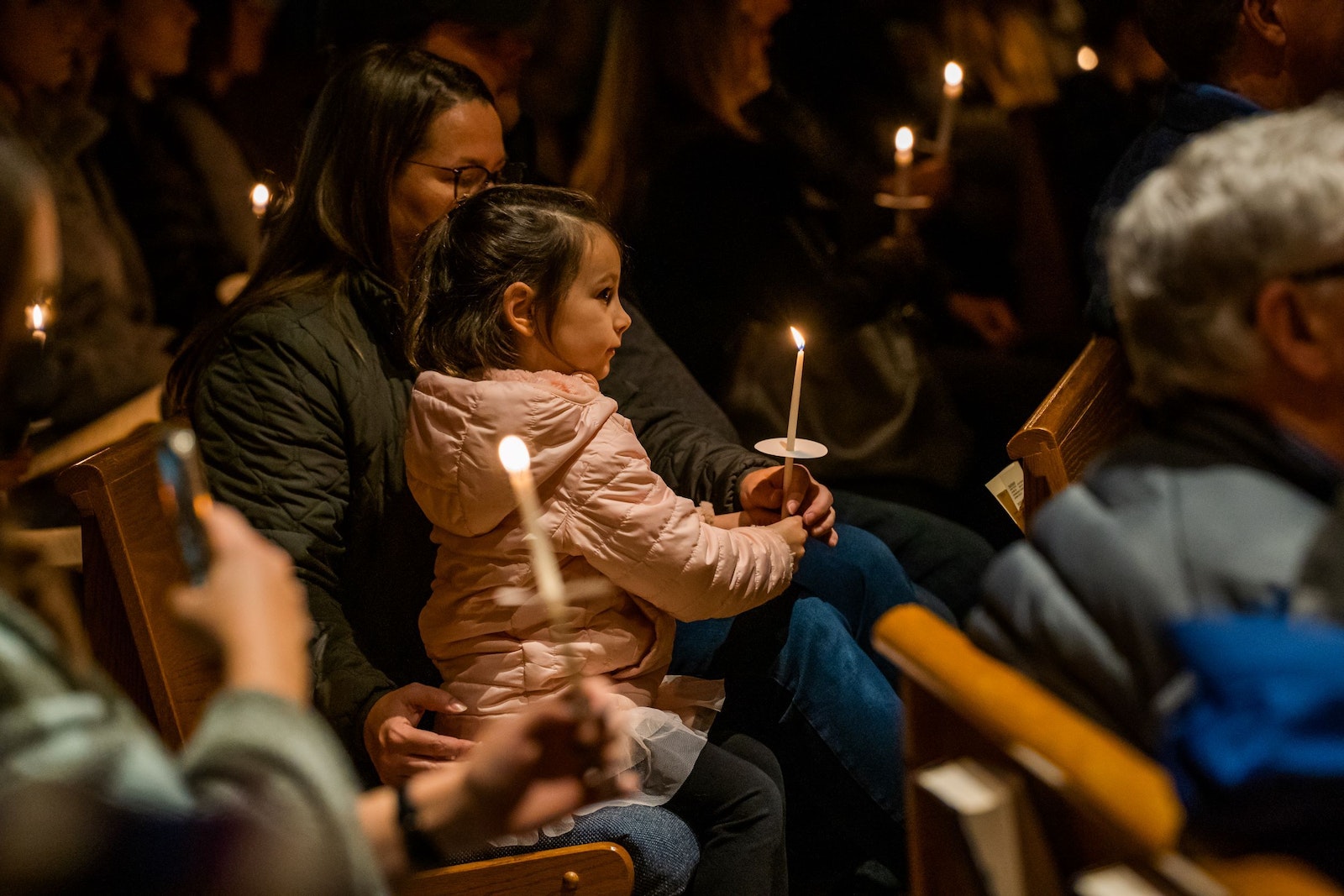 A young girl holds a candle during a Christmas concert and memorial vigil for victims of the Oxford High School shooting Dec. 5 at St. Joseph Parish in Lake Orion. (Valaurian Waller | Detroit Catholic)

The aftermath of the worst school shooting in Michigan’s history saw a community pull together in faith, as pastors, parishioners and Catholic school officials reached out to the Oxford High School community with an outpouring of prayers and support.

Hours after the tragedy, in which four students died and seven other people were wounded, St. Joseph Parish in Lake Orion hosted an impromptu Mass of healing in which hundreds of Oxford High students and community members gathered to grieve and console one another, confident in the Lord’s presence and surrounded by love pouring in from all corners.

While recovery will take months — if not years — the Oxford community is resilient and won’t be defined by tragedy, but by its spirit, said Fr. Jim Kean, pastor of St. Joseph. “When it became obvious … that the whole country was praying for us, it took your breath away,” Fr. Kean said. “We’re rebuilding, brick by brick, this crumbled edifice of our hearts.”

2. Detroit family of parishes sees strength in diversity: ‘Headed in the right direction’ 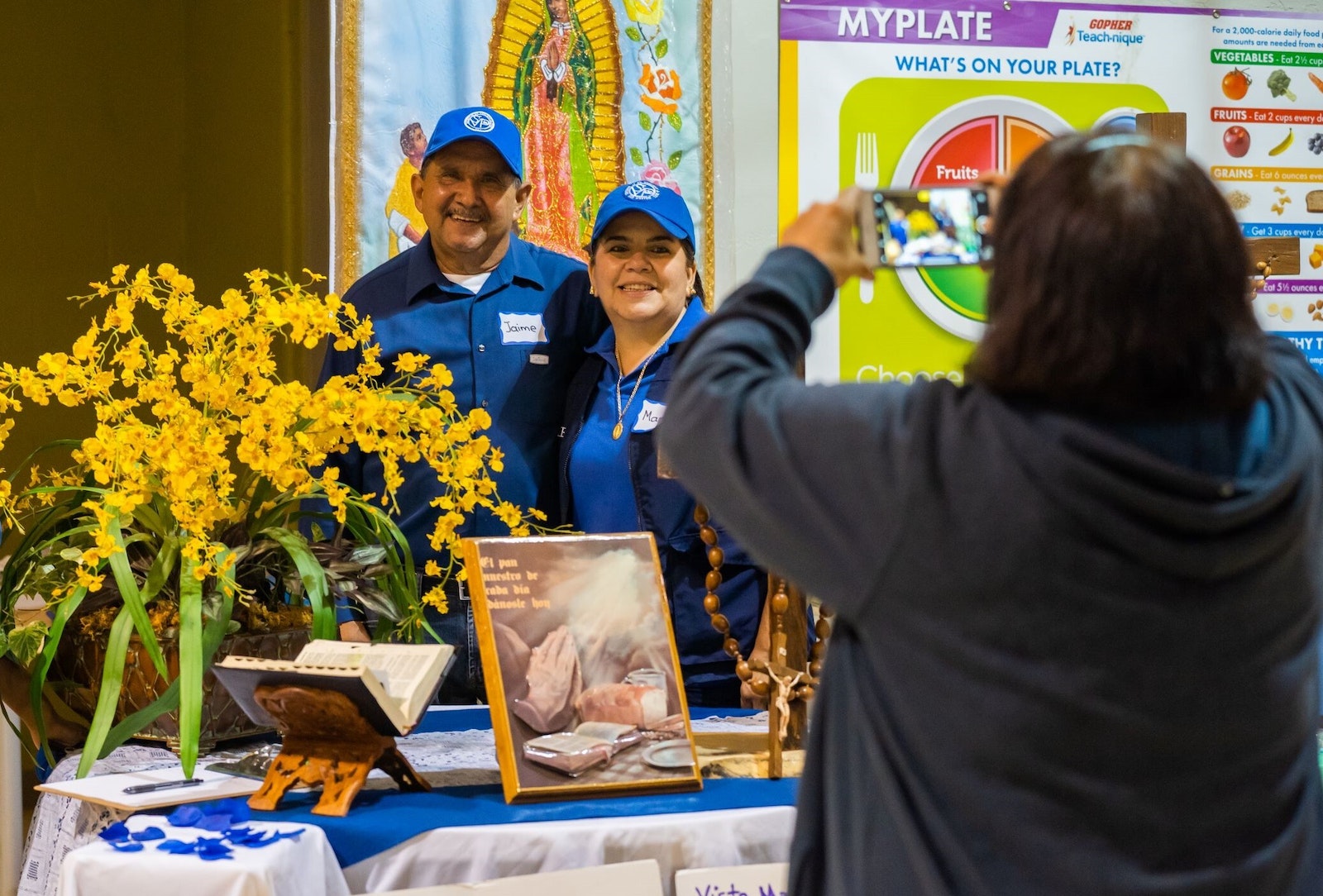 Rather than a single story, the Archdiocese of Detroit’s work toward a new missionary reality offered glimpses throughout the year into the hope-filled future of “families of parishes.”

The new groupings of parishes — half of which began in July 2021, with the other half slated to begin in July 2022 — offered pastors, parish staff and parishioners the opportunity to meet one another in faith, share ideas for evangelization and strengthen community bonds through collaborative projects, events and faith-sharing opportunities.

“We are a big, Catholic family,” said Marilyn Bachelor, 47-year parishioner at St. Mary of Redford in Detroit, which joined five other parishes in July to form Trinity Family 1. “Some are closer than others, but we all have the same basic love of the Lord, wanting to grow our faith.”

1. Plymouth man sees God using his cancer battle to ‘bring people back to Him’ 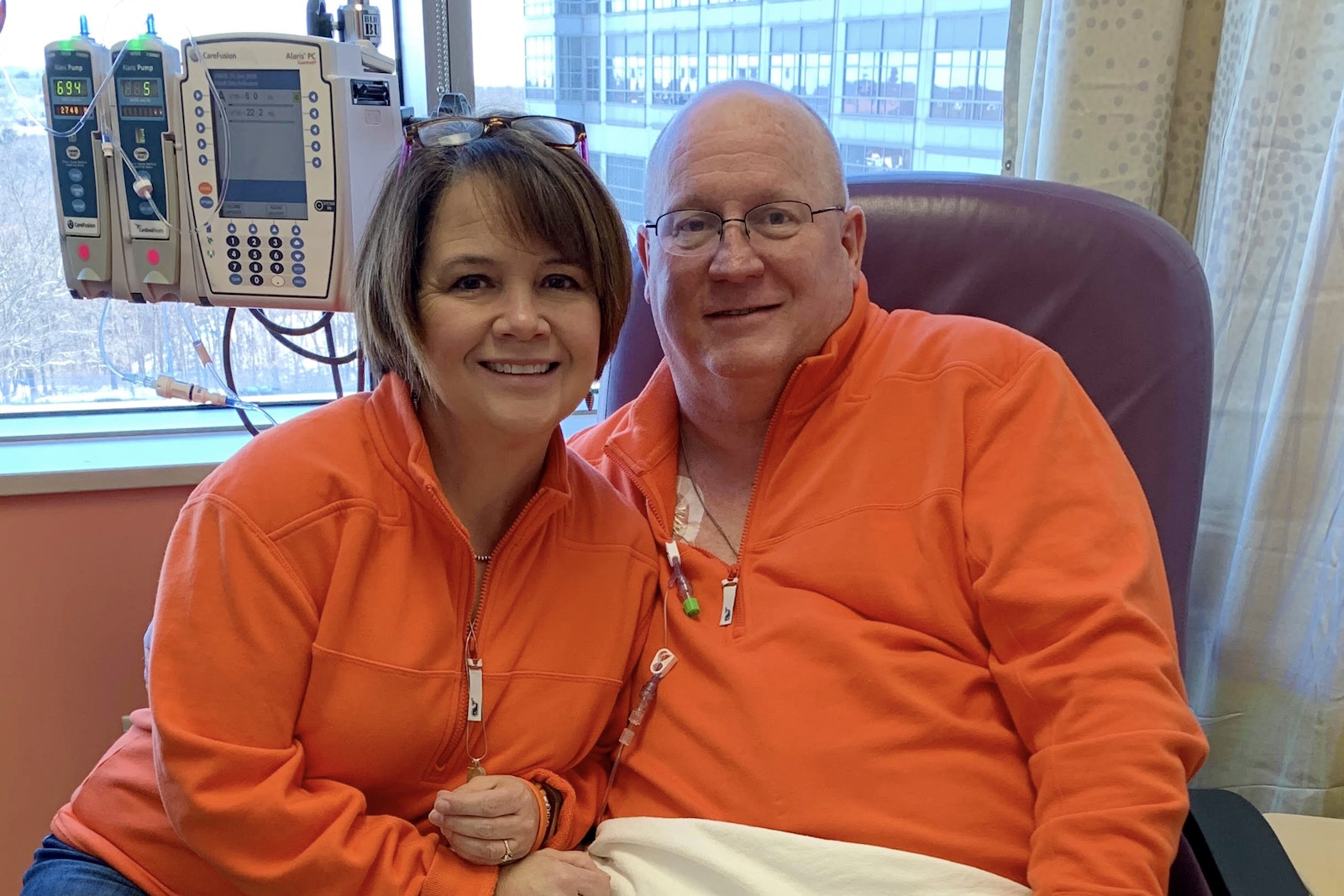 Doctors said Jim Weeks, a Plymouth man battling late-stage pancreatic cancer, was at severe risk should he catch COVID-19. The treatments and surgeries left him weak and fatigued. He was dispensed from his obligation to attend Mass, and no one would blame him if he took advantage of it.

And yet, the Our Lady of Good Counsel parishioner and father of four refused to allow his diagnosis to stop him from worshipping the Lord. So he went, week after week — even if he could barely stand.

Soon, an incredible thing started happening: People noticed. Non-Catholic friends and family members became curious about the faith of the dying man. Jim’s wife, Krysten, began receiving questions from others. One friend returned to Mass, and another began praying for the first time in years. In a real way, God was using Jim’s suffering to further His kingdom.

Weeks’ powerful story of faith, hope and perseverance — as well as his family’s response to Jim's suffering — was Detroit Catholic’s most inspirational story of 2021, a perfect microcosm of the Church’s trust in Jesus during difficult days.

Jim Weeks' suffering was relieved on Aug. 3, four months after Detroit Catholic's story, when he went home to be with the Lord. But, thanks to the mercy of God and Jim's faithful witness to it, his legacy will live on through the newfound faith of others.

Merry Christmas and Happy New Year from Detroit Catholic. Thanks for reading, and we look forward to serving you in 2022.